A quest to understand plasma membranes and develop lipidomics

What began as a high school passion for science developed into a fascination with stereochemistry when Edward Dennis took an organic chemistry class at Yale. Stereochemistry became a common thread in his career, beginning with his Ph.D. research with Frank Westheimer at Harvard, where he applied pseudorotation to explain phosphate ester hydrolysis, and continuing with lipid enzymes as a postdoc with Eugene Kennedy.

Now a professor at the University of California, San Diego, Dennis will receive the American Society for Biochemistry and Molecular Biology’s 2020/2021 Bert and Natalie Vallee Award for his accomplishments in biomedical research. 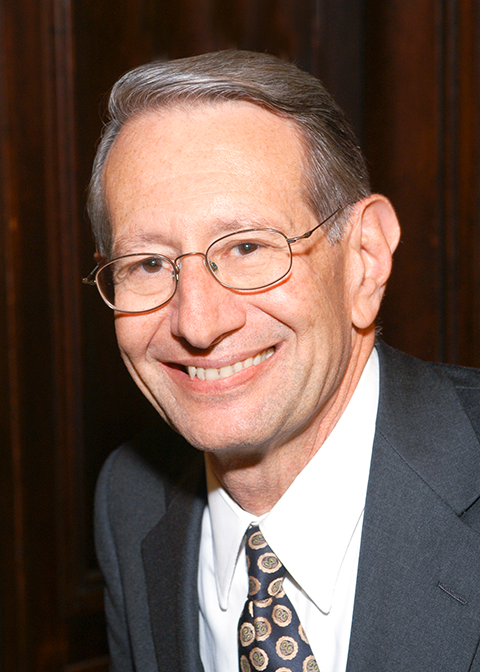 Edward Dennis is a former editor-in-chief of the ASBMB's Journal of Lipid Research.

As a new assistant professor at UCSD in the 1970s, Dennis was studying enzymes acting on phospholipid membranes when he obtained a vial of snake venom from India. Cobra venom contains a small stable enzyme, phospholipase A2, or PLA2, that is easy to work with in the laboratory. The Dennis group took advantage of this, analyzing PLA2 from structure to function. What they learned from this research and the lab’s later work on human PLA2s advanced the understanding of enzymes acting on membranes and inflammation’s role in numerous illnesses. It also led to the development of stereo-specific inhibitors as potential drugs for conditions such as inflammation and neurological diseases.

Dennis also has been a pioneer in the lipidomics movement. In 2002, as the principal investigator of a $73 million, multisite 10-year grant from the National Institutes of Health, he conceived of and led the LIPID MAPS initiative, which developed and applied techniques for characterization and classification of tens of thousands of lipid molecular species.

In recommending Dennis for the Vallee award, Jean-Pierre Changeux noted “his many basic discoveries on lipids and phospholipases and … the opening and promotion of an entirely new field of research, lipidomics, together with the creation of an international consortium of scientists at the world scale.”

Paths to pain and inflammation

Edward DennisIn his lecture at the ASBMB annual meeting, Edward Dennis will talk about how membranes interact allosterically with enzymes to regulate cell signaling and metabolic pathways leading to inflammation.

Dennis has used substrate lipidomics coupled with molecular dynamics to reveal enzyme specificity linked to hydrophobic binding sites for membrane phospholipid substrates. He discovered unexpected headgroup and acyl chain specificity for each of the major human phospholipase A2 enzymes that explains the observed specificity at a new structural level.

PLA2 releases a specific fatty acid after the enzyme associates allosterically with membranes and extracts the phospholipid substrate, which can be blocked by stereospecific inhibitors. After decades of work, Dennis and his team now can correlate PLA2 specificity and inhibition potency with molecular structure and physiological function, using a novel lipidomics platform.