Schaffer is motivated to pass on good mentoring

Jean Schaffer wasn’t expecting any more major news this summer as she wrapped up a move from Missouri to Massachusetts. 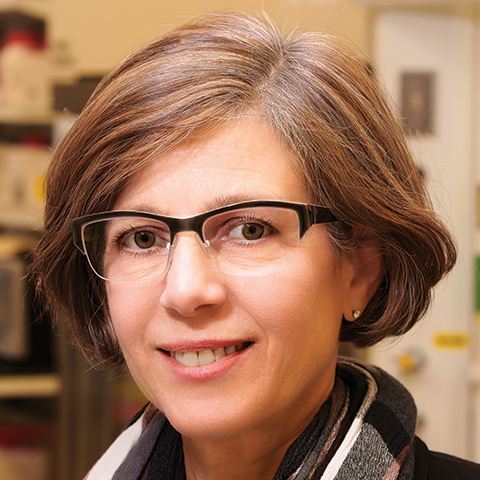 “I got the email from (ASBMB President) Jerry Hart the day I was closing on my house and getting on a plane to come to Boston,” Schaffer said. “It was so unexpected.”

That email advised Schaffer, who was moving to assume the role of senior investigator and associate research director at the Joslin Diabetes Center at Harvard Medical School, that she had won the American Society for Biochemistry and Molecular Biology’s 2020/2021 Avanti Award in Lipids.

When she decided to move her lab, Schaffer’s main concern was for her trainees. “The most challenging part is to make sure that everybody from my group who can’t come can land on their feet and move ahead, and that this won’t be a big bump in the road for them,” she said.

Her commitment to mentoring comes from her own experiences. “I was incredibly fortunate to have worked with outstanding mentors who really helped shape my career,” she said. “So I’m highly motivated to pay that forward.”

After graduating from Harvard Medical School, Schaffer pursued further clinical training in cardiology followed by a postdoc at the Massachusetts Institute of Technology with cell biologist Harvey Lodish. She joined the faculty at Washington University in St. Louis in 1995. There, she built a lab studying lipid-induced metabolic stress and cell death and was promoted to full professor and director of the university’s Diabetes Research Center. Now she’s launching a new chapter in Boston.

“Colleagues who I’ve known for many years in the metabolism and diabetes fields are here in the Boston metro area,” Schaffer said. “It’s wonderful to be closer to collaborators and to really drink up some of this exciting environment.”

Schaffer’s other service to the field includes helping to organize the Deuel and Kern conferences on lipids for some years and service as an associate editor for the Journal of Lipid Research and on two other editorial boards.

Inspired by cardiovascular comorbidities in diabetic patients, Jean Schaffer studies lipotoxicity, the means by which metabolic stress can harm cells. Her award talk tentatively is titled “Death by lipids: The role of noncoding RNAs in metabolic stress.”

Using a genetic screen for variants that protect cells from death after excess lipid intake, Schaffer’s lab discovered a role in lipid-induced death for a class of noncoding RNAs known as small nucleolar RNAs. The snoRNAs in question are encoded in the introns of a protein-coding gene, so confirming the discovery involved some tricky genetic dissection and rescue experiments; the unexpected result has become a core element of Schaffer’s scientific reputation.

Projects involving other genes revealed in that screen are approaching a stage when they’ll be ready to present. It’s too soon to know whether they’ll be ready by the ASBMB annual meeting in April, Schaffer said, “but you can rest assured that I will talk about how we’ve leveraged genetics to uncover the molecular transducers of metabolic stress.”