David Julius and Ardem Patapoutian today won the 2021 Nobel Prize in physiology or medicine “for their discovery of receptors for temperature and touch.” The cation channel families they uncovered are key to somatosensation, which is important for how we sense the world around us and for alerting the brain to potentially damaging stimuli to enable escape.

Robert Lefkowitz, who shared the 2012 Nobel Prize, pointed out that previous awards have recognized the discovery of receptors involved in sight, odor and — through his own work on G-protein–coupled receptors — taste. “This prize to Julius and Patapoutian fills out the roster of senses that are crucial for how we perceive the world around us,” Lefkowitz wrote in an email. “Discovery of the ion channels that serve as the ‘receptors’ for temperature and touch is thus worthy of this highest recognition.” 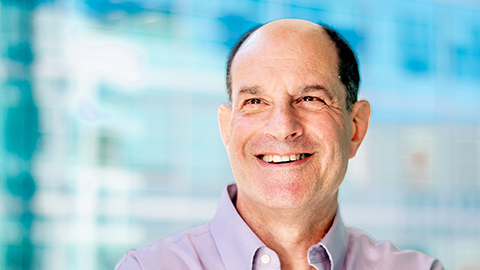 Julius, a professor at the University of California, San Francisco, was recognized for the discovery of transient receptor potential channels, or TRP channels. In the 1990s, Julius and colleagues capitalized on the fact that capsaicin, the molecule that makes peppers taste spicy, also gives a sensation of heat in their search for proteins involved in heat sensation. 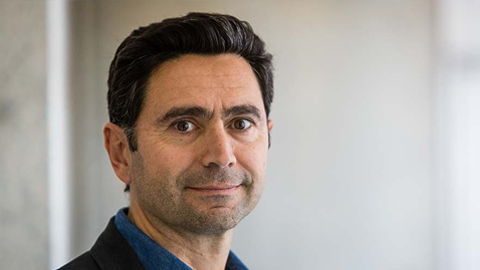 The Scripps Research Institute
Ardem Patapoutian is a professor at Scripps Research in La Jolla, Calif. He earned his Ph.D. in 1996 from the California Institute of Technology and was a postdoctoral fellow at the University of California, San Francisco. He has been a Howard Hughes Medical Institute investigator since 2014.

After developing a cDNA library from mRNA in heat-responsive sensory neurons, the research team transfected the library into cells that were not sensitive to capsaicin. By screening for acquisition of capsaicin sensitivity, they identified TRPV1, a membrane protein ion channel. Both capsaicin and noxious heat greater than 43 degrees Celsius activate the channel. When it is opened, cations including sodium, calcium and magnesium can flow into sensory neurons, depolarizing the cells and touching off an action potential that communicates from the skin to the brain. The lab reported this finding in 1997 in the journal Nature.

Randy Schekman co-mentored Julius as a graduate student and received the Nobel Prize in physiology or medicine himself in 2013. "The discovery was singular," Schekman said. "David started with a very simple idea, to take some environmental stimulant or irritant and try to define the molecular basis of it."

Subsequent research showed that there are numerous TRP channels, each tuned to switch from closed to open at a specific temperature. In 2002, Julius’ lab at UCSF and Patapoutian’s at Scripps Research in La Jolla, Calif., independently identified the cold-sensitive TRP channel TRPM8, which responds to menthol in addition to temperatures below 26 C. The labs published their findings in Nature and Cell, respectively.

Patrik Ernfors, the Karolinska Institute biochemist who explained the Nobel Committee’s selection during a press briefing this morning, said that the discoveries, while giving an exciting window into how individual cells can detect temperature, left unanswered the question of how they sense pressure, or touch.

Patapoutian and colleagues investigated that question in touch-sensitive cells, which respond with a change in potential when prodded with a micropipette. The laboratory identified 72 candidate genes in these mouse neuroblastoma cells and used RNA silencing to knock them out one by one. They worked their way through 71 of the 72 candidates unsuccessfully before finally landing on the 72nd, which encodes a protein they dubbed Piezo1. The work was published in 2010 in Science.

The lab subsequently confirmed using electrophysiology that Piezo1 forms a pore in membranes in response to physical stress, demonstrating that it is a pressure-responsive ion channel; they also showed that the homolog Piezo2 plays a key role in proprioceptors, neurons that recognize the position of muscles and joints to give the brain a sense of body positioning.

Julius was born 1955 in New York. He completed graduate studies at the University of California, Berkeley, where he was co-mentored by Jeremy Thorner (winner of ASBMB's 2019 Herbert Tabor Research Award) and Schekman. In his dissertation research, Julius studied the synthesis, processing and secretion of the yeast peptide pheromone alpha-factor and, during that time, characterized and cloned the gene for the first prohormone precursor convertase, the endoprotease Kex2. He then completed a postdoctoral fellowship at Columbia University, where he cloned the serotonin 1c receptor. He became a professor at UCSF in 1989; he is now chair of the physiology department and a professor of molecular biology and medicine.

Patapoutian, born in 1967 in Beirut, moved as a young man to Los Angeles. He earned his Ph.D. in biology from the California Institute of Technology and was a postdoc at UCSF.  He started his lab at Scripps, where he remains a professor, in 2000. He is also a Howard Hughes Medical Institute investigator.

The pair’s selection for the award came as a surprise in a year when many observers anticipated recognition for pandemic-related research.

Thomas Perlmann, the secretary of the Nobel committee, called each laureate before making the public announcement in Swedish and English. "As far as I could tell, they were very surprised and a little bit shocked maybe,” Perlmann said.  “It was a pleasure to give them this news."

Reaching the laureates, who are both based in California, was an involved endeavor. Schekman, who rose early for a forum in Japan that started before 4 a.m. California time, said he noticed several missed calls from Sweden; the committee had tried to contact him when they couldn't reach Julius. Perlmann credited one laureate’s father and the other's sister-in-law with connecting the committee to the two winners moments before the press conference.

Toni Antalis, president of the American Society for Biochemistry and Molecular Biology, said the award "highlights the importance of curiosity-driven basic research in helping us to understand the complexities of how we perceive the world around us."

This article has been updated with additional comments from ASBMB members and Nobel laureates.