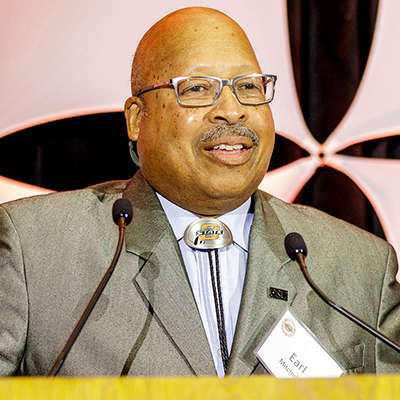 Born May 16, 1938, in New Orleans to Earl Mitchell Sr. and Mary Duncan-Mitchell, Mitchell took an early interest in science. He earned a bachelor’s degree at Xavier University and a Ph.D. in biochemistry from Michigan State University.

Mitchell joined the Oklahoma State staff as a research associate in the biochemistry and molecular biology department in 1967, became the university’s first Black tenure-track faculty member in 1969 and received tenure in 1982. He went on to lead the biochemistry department and served as assistant dean of the graduate college and associate vice president for multicultural affairs. He retired from OSU in February 2009.

At OSU, Mitchell was a leader in the fight for diversity and inclusion, known for his advocacy for underrepresented students. Jason Kirksey, OSU’s vice president for institutional diversity, said in an article in The O’Colley, “Students were able to see themselves in him. He was the success story and was able to communicate the importance of so many things, just by having a conversation.”

Mitchell married his high school sweetheart, Bernice Compton, in 1959, and she died less than a month before he did. According to a family obituary, the couple “worked diligently to weave a network, a tapestry, sewn with the fabric of equality and celebration of culture.”

Mitchell is survived by his three children, six grandchildren and one great-grandchild.