L. Mario Amzel, professor and former director of the department of biophysics and biophysical chemistry at the Johns Hopkins University School of Medicine, died Aug. 28. He was 79. 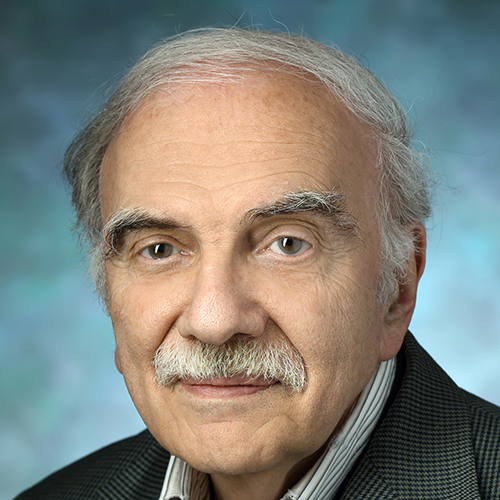 Amzel was born Oct. 25, 1942, in Buenos Aires, Argentina. He pursued a Ph.D. in physical chemistry from the Universidad de Buenos Aires. Partway through his studies, the Argentinian government was overthrown, and the national universities came under military control. Although many students left, Amzel continued his research using lab space at the Argentinian Atomic Energy Commission.

Amzel’s research focused on determining the structures and functions of proteins and protein complexes. He specifically worked to crystallize and define the structure of an antibody and was part of a team of researchers that produced the first high-resolution images of antibody–antigen recognition, which is critical for immune system function.

Amzel also researched how structure affects the function of PI3K, an enzyme often implicated in cancer, and how proteins regulate sodium channels in cardiac cells, which helps hearts beat.

Throughout his career, Amzel trained 33 graduate students and 15 postdoctoral fellows and authored more than 250 journal articles. He was selected as a Damon Runyon postdoctoral fellow and also won the RAICES Prize from the Ministerio de Ciencia, Technologia e Innovacion Productiva in Argentina. He was a fellow of the Biophysical Society and the American Association for the Advancement of Science.

According to a biography, Amzel spoke about missing Argentinian culture in his new life in the U.S. — he and Poljak were the only two Latinos in the basic sciences at the Johns Hopkins University School of Medicine for several years. As a result, he was a proponent of building a diverse faculty that celebrates cultural differences.

Outside of the lab, Amzel was committed to mentoring Baltimore youth through the Fun with Science Summer Camp and Biophysics Research for Baltimore Teens. Both programs, run by the department, were aimed at getting students into the lab and supporting their futures in science.

Amzel is survived by his partner, Janna Wehrle; one sister; two daughters; and one granddaughter.