Nine of the 120 are members of the ASBMB

The National Academy of Sciences announced in May its election of 120 new members in 2022. Nine of them are also members of the American Society for Biochemistry and Molecular Biology: Joan Broderick, Alison Butler, William Clemons Jr., Jonathan Cohen, Jane Dyson, Daniel Goldberg, James Kadonaga, Benjamin Neel and Krzysztof Palczewski. 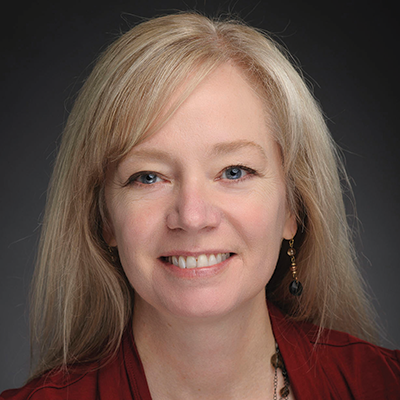 Joan Broderick is a professor of chemistry and biochemistry and chair of the department of chemistry at Montana State University in Bozeman. Broderick studies radical SAM enzymology and the assembly of iron-sulfur clusters. She earned her Ph.D. at Northwestern University. In addition to the National Academy of Sciences, she is a member of the American Academy of Arts and Sciences and a fellow in the American Association for the Advancement of Science. She has served on the ASBMB's Council since 2019 and is a longtime member of the editorial board of the Journal of Biological Chemistry. 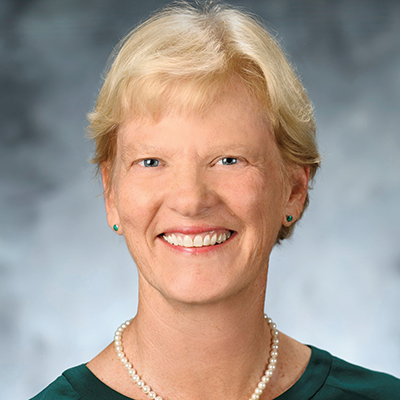 Alison Butler is a distinguished professor in the department of chemistry and biochemistry and associate vice chancellor for academic personnel at the University of California, Santa Barbara. Butler studies the biosynthesis, trafficking and activity of siderophores, small molecule ligands that chelate iron to enable microbial uptake. Her lab also investigates analogs of catechol siderophores that mimic the wet adhesive properties of proteins mussels use for adhesion to surfaces, marine natural products that use vanadium to oxidize halides, and microbes that break down lignin polymers using metalloenzymes. She earned her Ph.D. at the University of California, San Diego before pursuing postdoctoral research at the University of California, Los Angeles and Caltech. Butler received this year's William H. Nichols medal for significant and original contributions in chemistry from the American Chemical Society and is a fellow of the ACS and the American Academy of Arts and Sciences. 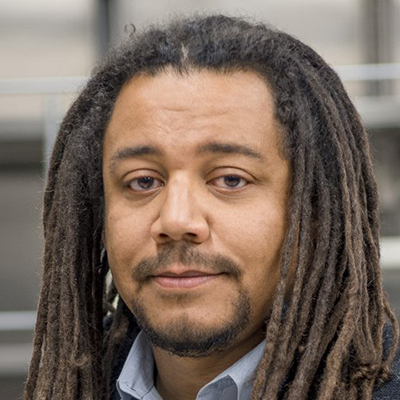 William Clemons Jr. is a professor of biochemistry at the California Institute of Technology. Broadly, his lab studies the structure and biogenesis of membrane proteins. Areas of focus include the tail-anchored membrane protein targeting pathway and the mechanism of membrane-bound enzymes that transfer glycans to and from lipid carriers. Clemons is a member of the Journal of Biological Chemistry editorial board and was elected an ASBMB fellow earlier this year. He earned his Ph.D. at the University of Utah and was a postdoc at Harvard Medical School. 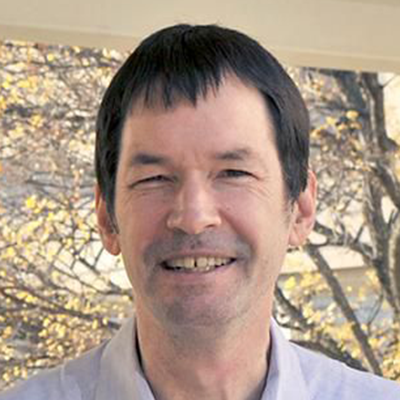 Jonathan Cohen is distinguished chair in human nutrition research and a professor of internal medicine at the Center for Human Nutrition in the University of Texas Southwestern Medical Center. His lab, run jointly with Helen Hobbs, studies the genes involved in metabolism of cholesterol and triglycerides. Through human population genetics studies, they identified the drug target PCSK9 as an important determinant of plasma cholesterol levels, and found the first genetic risk factor for fatty liver disease. Cohen earned his Ph.D. at the University of Cape Town and was a postdoctoral researcher at the UT Southwestern before joining the faculty there. 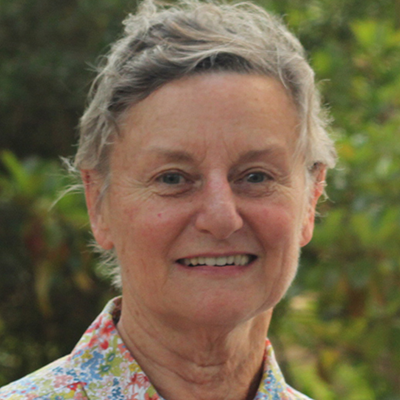 Jane Dyson is a professor of integrative structural and computational biology at the Scripps Research Institute in La Jolla, California. Her lab uses nuclear magnetic resonance spectroscopy to study intrinsically disordered proteins, their folding, and the complexes they form. She earned her Ph.D. in inorganic chemistry at the University of Sydney and was a postdoctoral fellow at Massachusetts Institute of Technology. She returned to Australia as a lecturer at the University of New South Wales for five years before joining the faculty at Scripps.  Dyson is the former editor-in-chief of the Biophysical Journal and received the International Society of Magnetic Resonance's ISMAR prize in 2019. 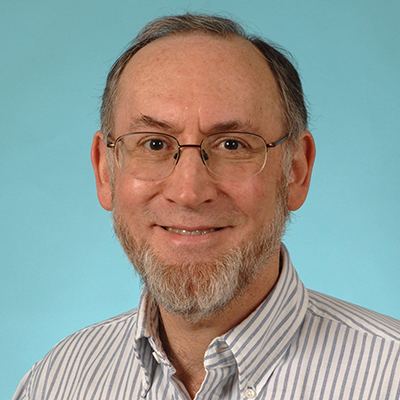 Daniel Goldberg is a distinguished professor in the departments of medicine and of molecular biology at Washington University School of Medicine in St. Louis. He studies Plasmodium falciparum, one of the family of parasites that can cause malaria. By combining biochemical, cell biological, genetic and proteomic approaches, Goldberg's lab looks for new drug targets in the P. falciparum proteome. They found, for example, that the parasite relies on isoleucine from its host, and have started to define potential therapeutic targets involved in isoleucine metabolism. Goldberg is a fellow of the American Academy of Microbiology and received the 2013 Alice and C.C. Wang Award in Molecular Parasitology from the ASBMB. He earned his M.D. and Ph.D. at Washington University, held a postdoctoral fellowship at Rockefeller University and completed further medical training in internal medicine and infectious diseases at Brigham and Women's Hospital and Washington University, respectively. 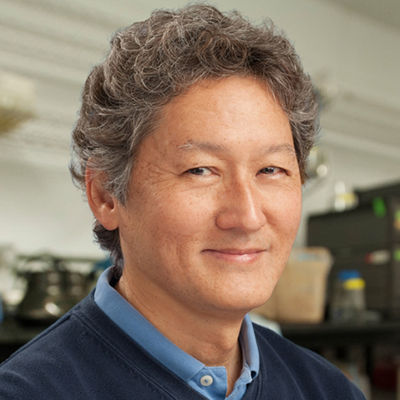 James Kadonaga is a professor of molecular biology in the University of California, San Diego's School of Biological Sciences. His lab studies transcription regulation and how core promoter elements interact with transcription factors. They also research changes in chromatin at the onset of transcription, and previously investigated ATP-dependent chromatin assembly. Kadonaga earned his Ph.D. at Harvard University. As a postdoctoral researcher at the University of California, Berkeley, he developed a method for sequence-specific DNA affinity chromatography. Kadonaga is an elected member of the American Academy of Arts and Sciences, the American Academy of Microbiology and the American Association for the Advancement of Science. 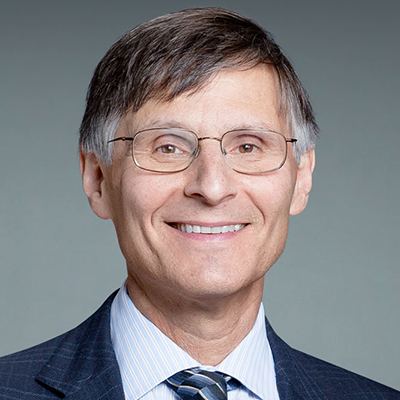 Benjamin Neel is a professor of medicine and director of the Perlmutter Cancer Center at New York University Langone Medical Center in New York City. His lab studies protein tyrosine phosphatases, which can act as important tumor suppressors, in cancer signaling; mutations to protein tyrosine phosphatases also cause roughly half of cases of a rare genetic disorder called Noonan syndrome. The lab also pursues research into cancer sensitivity and resistance to various therapies, including phosphatase inhibitors. Neel earned his M.D. at Cornell University and his Ph.D. at Rockefeller University, where he studied viral oncology. Prior to working at New York University, he was a faculty member at Harvard Medical School and head of cancer biology at Beth Israel Deaconess Medical Center, and, before that, director of research at Princess Margaret Cancer Center in Toronto. 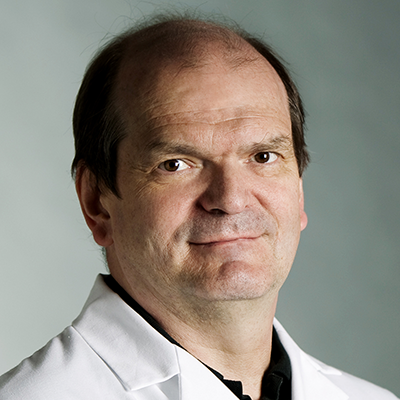 Krzysztof Palczewski is a professor and director of the Center for Translational Vision Research, along with belonging to the departments of ophthalmology, physiology and biophysics at the University of California, Irvine. Palczewski’s research focuses on rhodopsin, a G-protein coupled receptor crucial for vision. His lab solved several structures of the photoreceptor in the early 2000s. Now they focus on understanding and developing treatments for retinal degeneration and diabetic retinopathy. Prior to joining the faculty at UC Irvine, Palczewski was a professor at the University of Washington and at Case Western Reserve University.