Elaine Fuchs and Mina Bissell are among the five scientists to receive a 2020 Canada Gairdner International Award. 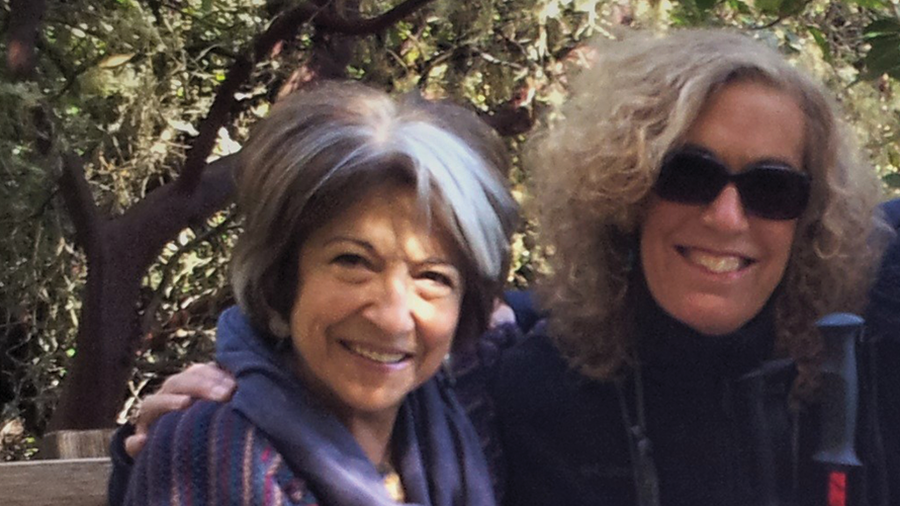 The award honors Fuchs, a pioneering cell biologist, for revealing the mechanism by which skin cells make and repair tissues. Much of what we know about human skin’s capacity to heal and regenerate — and, in cases of mutation, to succumb to diseases like epidermolysis bullosa — has been made possible by Fuchs’ work, from her first lab at the University of Chicago to her current position as the Rebecca C. Lancefield investigator at the Rockefeller University.

The award honors Bissell, a distinguished senior scientist at the Department of Energy’s Lawrence Berkeley National Laboratory, for her paradigm-shifting work in modeling the two-way interactions between normal and malignant cells in tumor microenvironments. This behavior, called “dynamic reciprocity,” revealed that tumor cells behave differently in lab environments than in patients, led to 3D understanding of tumor behavior and has had significant impacts on cancer therapies.

The Gairdner Foundation was established by Canadian businessman and philanthropist James A. Gairdner in 1957 with the goal of recognizing and rewarding international excellence in fundamental research that impacts human health. The foundation has bestowed 395 awards on laureates from 35 countries, 92 of whom have gone on to receive Nobel prizes.  This year’s International award winners also include Roel Nusse, Rolf Kemler and Masatoshi Takeichi.

Pagliarini to move from Madison to Missouri

Dave Pagliarini, an associate professor of biochemistry at the University of Wisconsin–Madison best known for his work on defining and functionalizing mitochondrial proteins, has been named a BJC investigator and will join the faculty at Washington University in St Louis in May. 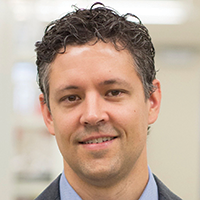 Pagliarini received the Earl and Thressa Stadman award from the American Society for Biochemistry and Molecular Biology this year and has previously landed young investigator awards from the Protein Society and a Presidential Early Career for Scientists and Engineers for his metabolism research. In one line of inquiry, his lab uses novel systematic screening to glean functional insights into orphan mitochondrial proteins. Other lines of inquiry concern the synthesis of coenzyme Q and the role of phosphatases in regulating mitochondrial activities.

Since 2015, in addition to running his lab, Pagliarini has also directed the metabolism branch of the independent Morgridge Institute for Research, a nonprofit institute affiliated with UW-Madison and located on its campus.

BJC Investigators are funded by the St. Louis-based hospital and physician organization BJC (originally Barnes–Jewish/Christian) HealthCare. They are selected by a search committee of 42 professors at Washington University School of Medicine. Pagliarini is the fifth of 10 professors the program is projected to recruit.

Jerry Lingrel, a longtime associate editor of the Journal of Biological Chemistry and a University of Cincinnati College of Medicine faculty member for almost 60 years, died Feb. 22. He was 84. 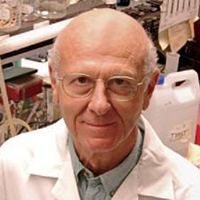 In a 2007 autobiographical paper, Lingrel wrote that as a child he “spent a lot of time watching things grow and being fascinated by the complexity of the structure of different flowers, trying to understand how engines worked … I had a real curiosity about science, but had no idea what real experimental science involved.” Encouraged by an enthusiastic biology teacher, he went to Otterbein College where he majored in biology and chemistry, then earned a Ph.D. in biochemistry from The Ohio State University followed by a postdoc at the California Institute of Technology.

Lingrel was known for taking a biochemical approach to physiological problems. Recently, his research had focused on a zinc finger transcription factor called Kruppel-like factor 2, or KLF2, that is required for vascular integrity and might play a protective role against atherosclerosis. In years past, his lab cloned the Na,K-ATPase, a major transport protein, and identified specific amino acids involved in binding sodium and potassium as well as those necessary for binding the cardiac stimulant molecule ouabain.

Lingrel’s career spanned disciplines, he wrote, and “while biochemistry has been a very important aspect of this work, I think my research has always had as a focus the use of chemical principles to understand physiological function.” He also stressed the impact of working with others, writing, “we probably have more influence on the individuals we train than we anticipate and clearly mentoring should be taken very seriously.”

Neuroscientist Bruce S. McEwen, who made important discoveries about the effects of stress and sex hormones on the brain, died Jan. 2. He was 81. 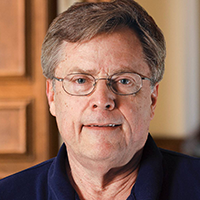 McEwen, the Alfred E. Mirsky professor and head of the Harold and Margaret Millikin Hatch Laboratory of Neuroendocrinology at The Rockefeller University, worked at the intersection of neurobiology, endocrinology and behavioral science.

His research changed the way scientists conceived of the brain.

“When he began his career in the 1960s, most scientists believed that the brain ceases to change when it becomes fully developed, at which point its basic architecture becomes stable,” explained Rockefeller writer Katherine Fenz. “Research of the day focused largely on ion movements and the transmission of chemical signals across synapses. But McEwen, along with a few other scientists, recognized that the brain is in fact malleable and can be modified by circulating hormones.”

McEwen discovered adrenal steroid-binding sites in the brain, showed that brain regions not previously linked to hormone or stress regulation, including the hippocampus and prefrontal cortex, selectively bind radiolabeled corticosterone, and studied glucocorticoid influences on neuroplasticity.

McEwen was born in Fort Collins, Colorado, on Jan. 17, 1938. He grew up in Ann Arbor, Michigan, where his father was a professor at the University of Michigan.

He earned his bachelor’s degree in chemistry at Oberlin College in Ohio and then his Ph.D. in cell biology from Rockefeller University in 1964. He did postdoctoral work in Sweden and took a faculty position for a short time at the University of Minnesota.

He returned to Rockefeller as a faculty member in 1966. He was promoted to professor in 1981 and served as associate dean and then dean of the graduate training program between 1985 and 1993. He was named the Mirsky professor in 1999.

He is survived by his wife, neuroimmunologist Karen Bulloch, with whom he collaborated; his former wife, Nancy, and their two daughters, Carolyn and Sarah; stepchildren, Kimberly McGrath and Scott Muryasz; and eight grandchildren.