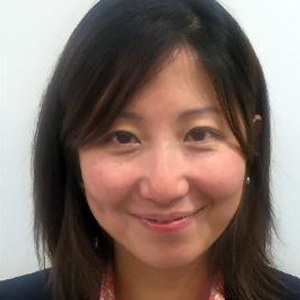 Tell us about your current career position.

I am an associate professor of biology at Georgia State University in Atlanta. Like most professors, I split my workweek between my duties as a teacher and my duties as a researcher. As a teacher, I am responsible for lecture and laboratory courses geared for undergraduate students as well as graduate students who are pursuing a Ph.D. or a master’s degree. I also develop and present workshops to high-school and middle-school teachers who are interested in incorporating genetics laboratory activities into their classrooms. As a researcher, I manage a research team that consists of a postdoctoral fellow, graduate students at both levels and undergraduate students. This includes planning overall experimental approaches meant to address our research question, writing manuscripts and research grant proposals and actively engaging in research at the bench. What are the key experiences and decisions you made that have helped you reach your current position?

First, I grew up with parents and an extended family who not only believed that it was OK to be smart but also expected you to be smart. But it wasn’t until I participated in the MARC (Minority Access to Research Careers) program as an undergraduate student at Morgan State University that I realized that, as a scientist, I could ask any question I wanted every single day of my life. Believe it or not, I can trace my unconscious decision to become a geneticist to an offhand remark that someone made about my grandfather when I maybe 8 years old. My grandfather inherited, and passed on, a genetic hearing loss that was very subtle and specific to lower frequency wavelengths. The comment, “I don’t understand how someone who hears so poorly, speaks so softly,” made me realize that there are different types of hearing loss and probably different reasons for it. My decision to come to Georgia State University was based on the student population, which is culturally rich and diverse. When I interviewed and gave my research seminar, I was thrilled to see that the student body consisted of everyone.

I honestly don’t know. I was one of those students who hated science in high school. I wanted to be a writer and loved languages and music. But even then, I was curious about everything. If something was known, I wanted to know why it was known. I would come up with crazy what-if questions that, if no one wanted to answer, I was determined to find a way to figure out. I also happened to love mysteries, science fiction and suspense novels, which somehow all lumps together in this career that I’ve chosen.

Were there times when you failed at something you felt was critical to your path? If so, how did you regroup and get back on track?

My biggest failures were usually those times that I didn’t prepare properly. Sometimes it was because I procrastinated, but other times it was because I didn’t even realize how much I didn’t know. Those were the times that were excruciatingly embarrassing, but I wanted this career too much to let the embarrassment deter me. Now, I almost always prepare and know everything that I can about the challenge, so that, if I fail, at least I know it wasn’t because I didn’t do my best.

What advice would you give to young persons from underrepresented backgrounds who want to pursue careers in science similar to yours?

First, you have to be willing to experience the unknown, to branch out to as many different experiences as possible. There is no way you can be a scientist, not a good one, and stay in your own little private comfort zone. Second, you also have to grab and hold on to every mentor that comes along, with the realization that some of your best mentors may not be from the same background. But your best mentors will absolutely be the ones who will tell you things you don’t want to hear.

I am rereading two right now. “Fledgling” by Octavia Butler and “Anna Karenina” by Leo Tolstoy.

Do you have any heroes, heroines or role models? If so, describe how they have influenced you?

My heroes, heroines and role models:

What is it that keeps you working hard and studying science every day?

Because I really enjoy it. I get to learn something new every day, and I get to share what I learn with other people. What could be better than that?

Weiyi Zhao was the ASBMB manager of education and professional development when she wrote this article. Today she is director of operations for the Grocery Manufacturers Association's Science & Education Foundation.