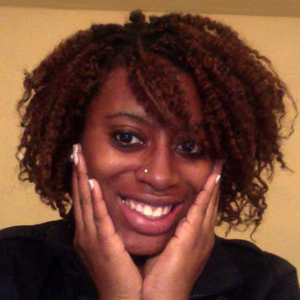 Daniel Goldberg, professor of medicine and molecular microbiology and co-chief of the division of infectious diseases at Washington University in St. Louis School of Medicine, is the winner of the American Society for Biochemistry and Molecular Biology’s Alice and C.C. Wang Award in Molecular Parasitology. “What an honor to receive this award named for the grandparents of molecular parasitology, C.C. and Alice! I like to think in terms of the pre-Wang era, when gentle scientists would collect specimens between gin and tonics and take them back to the lab for a few measurements, contrasted with the Wang era, where scientists use cutting-edge technology to address sophisticated biological questions about these amazing and nefarious creatures.”

–DANIEL GOLDBERG
The award is given to investigators who are making revolutionary contributions to the field. Goldberg was nominated for his contributions to our understanding of the biology of Plasmodium food vacuoles, primarily in Plasmodium falciparum, and the roles of proteases in the survival of parasites.

“Dr. Goldberg has defined the complex cellular trafficking of parasite food vacuole proteases and the mechanisms by which these malaria proteases work synergistically within the food vacuole to degrade hemoglobin to provide amino acids for the parasite,” explained Kami Kim, a professor at Albert Einstein College of Medicine, in her nomination of Goldberg for the award.

Goldberg’s work includes the examination of proteases that play important roles in the egress, the cell cycle and export of surface proteins, said L. David Sibley of Washington University in St. Louis School of Medicine.

“These and other achievements are all the more impressive in that they have been conducted in a system that most would consider intractable,” Sibley said. “It is one thing to do elegant molecular biology in yeast and quite another to do so in parasites — and, unlike many parasites, no one would claim that Plasmodium is a model for anything!”

Goldberg is regarded as a pioneer of molecular parasitology, having developed molecular methods for transfection of selectable markers, transposon mutagenesis and systems for regulated expression using degradation domains that can be stabilized using molecular ligands.

“In the traditions of the work of Alice and C.C., Dan is a true biochemist at heart who also fearlessly takes on the techniques and problems of related disciplines such as cell biology, molecular biology, genomics or chemical biology, as long as it helps his team solve critical biological questions of parasitology,” said Pradipsinh Rathod, professor of chemistry at the University of Washington in Seattle. “Even though Dan has worked on medically important parasites such as Plasmodium and Ascaris, he has always been more interested in the functioning of the biology of these parasites rather than a pure obsession with developing therapeutics.”

Goldberg, who graduated from Harvard University in 1978 and obtained his M.D. and Ph.D. from WUSTL in 1985, has been a faculty member at WUSTL since 1990 and a Howard Hughes Medical Institute investigator since 1994.

“Dan always has new discoveries in the molecular biology of Plasmodium, the most recent of which is the finding of the protease that cleaves proteins destined for the red cell cytoplasm,” said Louis H. Miller, head of the malaria cell biology section at the National Institute for Allergy and Infectious Diseases. “He is in the tradition of Alice and C.C. Wang, who created the field of molecular parasitology.”

Goldberg will receive his award during the Experimental Biology 2013 conference in Boston, where he will deliver an award lecture. The presentation will take place at 12:30 p.m. April 22 in the Boston Convention and Exhibition Center.

Natalie Osayande was an undergraduate at the University of Tampa studying biochemistry when she wrote this article. Today she is an optometrist.