Stuart recognized for his work with trypanosomes

He won the ASBMB's Alice and C.C. Wang Award in Molecular Parasitology 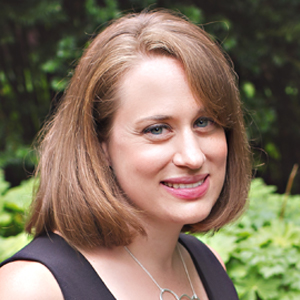 Ken Stuart, founder and president emeritus of the Seattle Biomedical Research Institute and an affiliate professor of global health at the University of Washington, is the recipient of the American Society for Biochemistry and Molecular Biology’s Alice and C.C. Wang Award in Molecular Parasitology.

The award is given to researchers who are making significant contributions to the field. Stuart was nominated for his work on post-transcriptional mRNA editing in trypanosomes as well as the sequencing and annotation of their genomes. "I am honored to receive this award from the Wangs, who have made pioneering contributions to molecular parasitology and are committed to improving global health," said Ken Stuart.

Trypanosomes include the causative agents of African sleeping sickness, Chagas disease and Leishmaniasis. More recently, Stuart has begun to study the interactions between the malaria parasite and its human host. His work has led to a broad understanding of trypanosome biology as well as the identification of hundreds of potential drug targets to combat the diseases caused by these pathogens.

Stuart showed that some transcripts in trypanosomes are edited by the addition or removal of a nucleotide and that that process alters how the pathogen regulates energy generation. He also found that this editing is differentially regulated throughout the organism’s life cycle and that this editing is essential during the disease stage, making the so-called “editosome” an ideal target for therapies.

“Dr. Stuart’s RNA editing discoveries expanded the central dogma of molecular biology by showing that the protein-coding sequence of mRNAs can be precisely changed after their transcription from DNA,” said Thomas Wellems, chief of the Laboratory of Malaria and Vector Research at the National Institute of Allergy and Infectious Diseases, who nominated Stuart for the award. “His lab determined the crystal structures of some of the editosome proteins and is now testing compounds as potential leads for drug development.”

Stuart’s editing work has led others to find additional types of editing in such diverse organisms as plants and humans, said colleague Stefan Kappe, the Seattle Biomedical Research Institute’s malaria program director, who also nominated Stuart for the award. Kappe noted that in humans, for example, post-transcriptional editing has been shown to function in resistance to HIV infection as well as in the regulation of channel receptors in the brain.

Stuart was also a leading force in the sequencing and annotation of the so-called “TriTryp” genomes, and he has since used genetic and biochemical approaches to characterize and assign function to more than 1,000 mitochondrial proteins as well as many of the cellular proteins in Trypanosome brucei. His characterization of the proteome, including structural prediction and enzymatic analysis, has helped identify inhibitors that could lead to the development of anti-trypanosome drugs.

“Now that many genes of these parasites are mapped, researchers can more easily identify genes that are critical for parasite survival, and new knowledge about the similarities between each trypanosome suggests the potential to develop a class of drugs that can target all three parasitic diseases,” said Wellems.

In addition to Stuart’s work on trypanosome pathogenesis, he is studying the malaria parasite Plasmodium falciparum. He recently characterized a protein complex in that organism that metabolizes hemoglobin and detoxifies heme, and he is using RNAseq to characterize lymphocyte gene expression in response to malarial infection and immunization against the parasite.

“In the late 1970s, ‘global health’ was not a term in common use, and there was almost no research in the U.S. on neglected diseases,” said Wellems. “(Stuart) had the vision to build a new organization (Seattle BioMed) and partnerships that would attract leading principal investigators to this research.”

Added Kappe, “Dr. Stuart is recognized for his tireless promotion of the careers of young scientists who have trained with him, and he is a valued collaborator for all of us in the molecular and biochemical parasitology community.”

Sarah Perdue received her Ph.D. in microbiology from Cornell University in 2011 and has spent the past two years teaching at different colleges as a visiting professor. She is currently arranging a postdoctoral fellowship.