Serebryany honored for work on cataracts 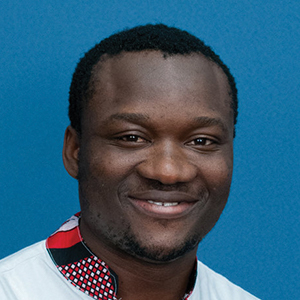 Growing up in Russia, Evgeny “Eugene” Serebryany mostly enjoyed humanities-related courses. He developed new interests after he moved to the U.S. as a teenager and faced a language barrier.

At his Massachusetts high school, Serebryany began to translate Russian poetry, which he still does, and he started to embrace science. Evgeny Serebryany was approved for a green card in time to receive the NIH award that funds most of his research into new treatments for cataracts.

“Experimental science offered a way to contribute to advancement of knowledge in a very concrete way,” he said.

His path wasn’t always easy. “Immigration status has been the biggest roadblock,” he said.

As an international student, he wasn’t eligible for federal grants or loans for college, and his family couldn’t afford the tuition. Yale University offered him full financial aid from endowment funds, and he earned a bachelor’s degree in molecular biophysics and biochemistry while doing research in the laboratory of Elsa C. Y. Yan.

Federal training grants also cannot fund graduate students who lack permanent U.S. residency. The Massachusetts Institute of Technology granted Serebryany a private fellowship, and he completed his Ph.D. in biochemistry with Jonathan A. King. He is now a postdoctoral fellow in Eugene I. Shakhnovich’s research group at Harvard.

Serebryany said he is grateful to both Yale and MIT for the education he received “on their own dime.”

As a postdoc, he petitioned the U.S. government for a green card based on exceptional scientific ability in the national interest. His request was approved in February 2018, and he gained permanent resident status in time to receive the National Institutes of Health National Research Service Award, which now funds most of his research.

“I couldn’t travel abroad. Now I can,” he said. “But beyond the funding and travel restrictions, just the fear of someday not being able to extend my string of temporary statuses … and then having to leave or get deported, made it that much harder to focus on the research.

“The sense of freedom and security that a green card gives, though not complete, is priceless.”

Cataracts impair vision by clouding the eye’s lens, mostly in older people. Most proteins in the lens belong to the crystallin family; as we age, the crystallin proteins can start to clump together, causing the lens to scatter light and become less transparent.

Serebryany and his colleagues used biochemical approaches including mass spectrometry and mutational analysis to develop new mechanistic insights into disulfide bond formation and exchange in crystallins, which led them to propose a “redox hot potato” competition model; under physiological conditions, stable gamma-crystallin molecules in the lens continually exchange disulfides. However, if a stable molecule passes the disulfide to a structurally unstable one, the latter becomes trapped in a structure prone to aggregation, which results in light scattering, the hallmark of cataracts.

Cataracts can be addressed in two ways. When prescription eyeglasses become ineffective, patients are left with the option of surgery, which is effective but expensive and not available to everyone. Cataracts remain the world’s leading cause of blindness. The work of Serebryany and his colleagues may pave the way to lower-cost therapeutic treatment.

Pingdewinde Sam is a Ph.D. candidate in the department of cellular and molecular physiology at Johns Hopkins University School of Medicine and the founder of Teebo.org.