Scott Gordon was passionate about science from a young age but undecided about a research career when he started college. The New York native attended the State University of New York College at Brockport, where he worked part time in Adam Rich’s lab, focused on studying gastrointestinal motility in zebra fish models. 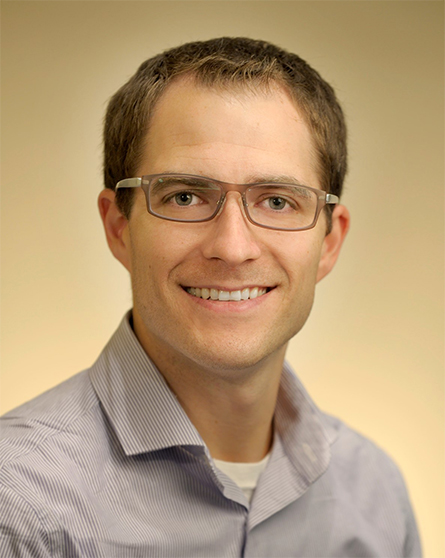 “I absolutely loved every moment of working in the lab, be it after classes or on weekends,” Gordon said. “It helped me better understand the scientific research process.”

This inspired him to apply to graduate school, and he traveled to the University of Cincinnati College of Medicine for his Ph.D. in pathobiology and molecular medicine. Under the mentorship of W. Sean Davidson, Gordon studied high-density lipoproteins, or HDLs, which carry cholesterol from the body’s tissues to the liver.

For his Ph.D. work, Gordon developed new techniques using mass spectrometry to study HDL isolated from human plasma and carried out elegant studies characterizing how these subspecies are protective against cardiovascular diseases.

“I had a productive four and half years at graduate school,” he said. “During this time, I also met my future wife, who was also a graduate student.”

At a research conference, Gordon was introduced to Alan T. Remaley. The two hit it off, and Gordon ended up doing a postdoc in Remaley’s lab at the National Institutes of Health.

“My postdoctoral research got me involved with the clinical aspect of HDLs in diseases,” he said. “I worked on numerous collaborative projects ranging from basic biology to translational research.”

After six years at the NIH, he moved to the University of Kentucky as an assistant professor; there, he continues to explore the uncharted avenues of lipoproteins in cardiovascular development, particularly atherosclerosis.

Gordon is now father to three young children and describes his life as “super busy but exciting.” He serves as an ad hoc reviewer for many scientific journals and recently was appointed a Journal of Lipid Research junior associate editor.

“It’s been wonderful to build the lab and expand our skill set,” he said. “Despite a few setbacks due to COVID-19, the lab has reached a very good and productive groove. I am excited to see how our research work develops over the next few years.”

Two ways to look at lipids

First, they do research on the roles of lipoproteins in atherosclerosis, studying how high-density lipoproteins are transported through the arterial wall and how the proteins they carry suppress inflammation that contributes to arterial plaque buildup.

Second, for the past five years, the lab has been looking at the role of the gene DENND5B in dietary lipid absorption. Little was known about this gene previously. Gordon’s lab genetically altered a mouse line to remove DENND5B and found that this caused numerous changes. Not only did these knockout mice have a 30% reduction in HDL cholesterol in blood, but they also had defects in the absorption of dietary lipids. The lab now is investigating the molecular role of DENND5B in the dietary absorption process.