Guy Allen Thompson, a biochemist who worked with plants and a member of the American Society for Biochemistry and Molecular Biology since 1970, died Feb. 23, 2022. He was 90. 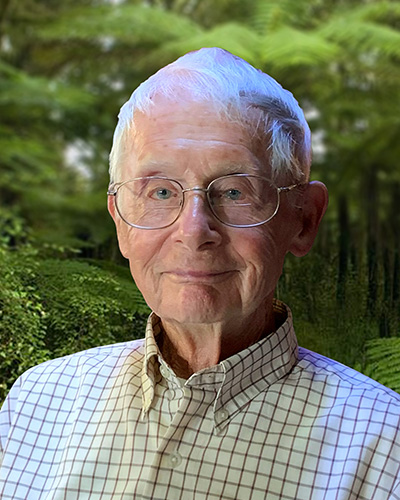 Thompson was born May 31, 1931, in a small Mississippi Delta farming town, where he developed a love of nature and an interest in local birds. After graduating as valedictorian of his small consolidated school, he attended Mississippi State College. He worked summers building roads and monitoring cotton cultivation before graduating with a degree in chemistry. Thompson served in the Air Force before earning a Ph.D. in biochemistry from the California Institute of Technology, and then did postdoctoral work at the University of Manchester in the U.K. In 1960 he met and married Eileen Wood.

After six years on the faculty at the University of Washington, Thompson took a position in the botany department at the University of Texas, where he taught for 53 years until his retirement. He published more than 150 scientific papers and book chapters as well as two technical books. Thompson advanced to full professor in 1974 and served as botany department chair from 1996 to 2000. He was elected a fellow of the American Association for the Advancement of Science in 1989.

“Guy’s biochemical work was generally done in his laboratories, but he always envied his more botanical colleagues who spent time outdoors on field trips or other research activities,” a family obituary stated.

After becoming professor emeritus at the age of 70, Thompson volunteered for activities such as gardening at the Lady Bird Johnson Wildflower Center, making trails at a nature conservancy preserve, and monitoring wildfire danger for the city of Austin. He enjoyed doing outdoor chores at home and worked for 12 years as a landscaper at the local library.

Guy and Eileen Thompson also traveled extensively after his retirement, and he renewed his childhood interest in birdwatching.

Thompson is survived by his wife; his three children, Sally Macklin, Gillian Verga and Jeremy Thompson and their spouses; and five grandchildren.