ASBMB Today Opinions Are we more than biochemists and molecular biologists?
President's Message

Are we more than biochemists and molecular biologists? 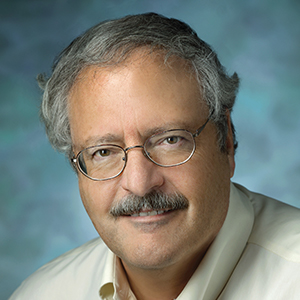 If you read the research interests of a faculty member at any university or medical school, it is nearly impossible to tell whether the scientist is a biochemist, molecular biologist, cell biologist or biophysicist. Some deans have used this fact to justify fusing basic science departments into single large units. This is a huge mistake.

The topics might look similar, but a biochemist, cell biologist and biophysicist all think differently about biological problems. For example, a biochemist studies biology at the molecular level and tries to understand the chemistry of living processes, whereas a cell biologist studies life processes typically at the organelle or more macroscopic level, and a biophysicist focuses on the atomic level.

At most universities and medical schools, basic science departments are small enough that all the faculty know in some detail what their colleagues are working on. This creates a highly interactive and intellectually stimulating environment.

Fusing basic science departments into one large unit can result in unexpected consequences. First, when staff and faculty no longer enjoy close interactions, administrative support suffers, making applying for grants and dealing with paperwork more difficult; the fusion of departments does not save any money, but it does muddy the reporting lines and accountability of the staff. Second, the larger unit fractures into unpredictable splinter groups, making it difficult to maintain collegiality and the overall intellectual environment.

I believe it is best to maintain small, focused basic science departments but create synergy with cross-departmental centers and institutes and a joint umbrella graduate program. Thus, each department maintains its culture, but cross-departmental interactions are encouraged.

Similarly, the American Society for Biochemistry and Molecular Biology sometimes grapples with the challenge of representing broad areas of molecular science. I’ve heard members complain that the annual meetings are too large and do not include enough sessions on whatever topic they are interested in. In past meetings, we highlighted specific themes, sort of meetings within the meeting. These themes kept the meeting interesting to subgroups within the society, but people ended up interacting mostly within their small areas of interest. This downside was offset by larger lectures and award presentations that cut across disciplines and were attended by most of the membership.

The ASBMB is the victim of its own success. It used to be that nearly everyone in a biochemistry or molecular biology department belonged to the American Society of Biological Chemists (the society’s name prior to ASBMB) and went to the annual meeting. With time, the ASBMB begat focused societies such as the American Society for Cell Biology, the Society for Neuroscience, the Protein Society and the RNA Society, some of which are now larger than the ASBMB. Many biochemists and molecular biologists now identify themselves by the biological problems they study. A hardcore biochemist who works with lymphocytes might call himself or herself an immunologist, or researchers working on biochemical processes in neurons might call themselves neuroscientists, but, in reality, they are still biochemists.

As science evolves, does the ASBMB need to rethink its organizational structure to remain relevant?

Several years ago, to prevent the lipid community from leaving the ASBMB and forming its own society, Greg Petsko, then the president of the ASBMB, together with Dan Raben, a lipids researcher at Johns Hopkins University, helped create the Lipid Research Division, or LRD, of the ASBMB. This subgroup has been successful and active and has helped keep this field among the strongest groups within our society. However, to date, the LRD is the only such division within the ASBMB.

Most major scientific societies have created formal divisions as part of their governance structures. Perhaps it’s time for the ASBMB to consider creating, for example, the Omics and Systems Biology Division, the Metabolism Division, the Glycobiology and Extracellular Matrix Division, the Enzymology Division, and so on. Of course, the members of these groups and society leadership would need to determine what each division should be called and what its focus and mission would be.

Each division, along with ASBMB journals, could play a direct role in programming the national meeting and/or small meetings so its interests are not forgotten. The national meeting could retain major lectures and educational activities of interest to all members, but we could give each division a block of time in which to organize activities of interest to members in their fields.

Should the ASBMB create formal divisions to make itself more attractive to members? Thoughtful feedback is welcome.

Gerald Hart is a professor and Georgia Research Alliance eminent scholar at the University of Georgia and president of the ASBMB.