ASBMB Today Careers Some ivory towers are ideal for a pandemic. Most aren’t.
News

Some ivory towers are ideal for a pandemic. Most aren’t. 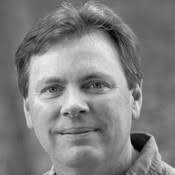 Saint Mary’s College in Moraga, California, is open for business this fall — but to get there, you really have to want it. Tucked amid verdant hills 23 miles east of San Francisco, accessible by a single road and a single entrance, the small, private Roman Catholic school receives almost no visitors by accident.

This, in the age of a pandemic, is good news indeed for its administrators.

“We can control who comes in or out in a way that larger, urban campuses perhaps can’t do,” said William Mullen, the school’s vice provost for enrollment. “Those campuses are in many cases more permeable.” 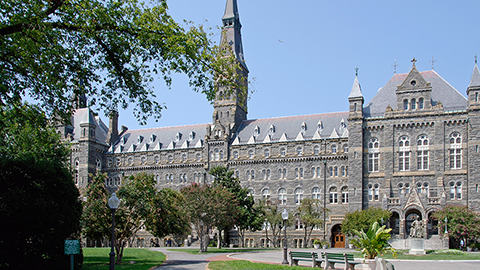 As colleges and universities across the country juggle student and staff safety, loss of opportunities and loss of revenue during the COVID-19 pandemic, even seemingly secondary considerations — how many entrances a school has, how close it sits to community foot traffic, how food is served — loom large.

And while officials are loath to make broad guarantees about safety, they can’t ignore public health advice and thus are immersed in an effort to at least minimize the potential for harm. What that looks like will vary wildly from campus to campus, but in almost every case it will include attempts to limit close contact with others — a difficult job for educational institutions.

The stakes are enormous. Some universities are already projecting financial losses in the tens of millions due to declining enrollment and the uncertainty ahead. But at its core, this is a health problem that remains both simple and vexing: How do you open up a campus without inviting mass infection?

One preliminary answer: Don’t let too many people hang around at the same time.

“I would never use the term ‘make it safe,’” said Dr. Sarah Van Orman, who oversees student health services at the University of Southern California, a private school in the heart of Los Angeles. “I would say we’re going to reduce the risk to the degree possible to have everything in place.”

On many campuses, that means reducing class size (even if it requires adding new sections), making large survey courses online-only, cutting dorm residencies by as much as 50%, limiting or eliminating common-area food service, and perhaps even alternating students’ in-person attendance according to class level (freshman, sophomore, etc.) by quarters or semesters.

That’s in addition to the protocols recommended by the American College Health Association. The ACHA, to which more than 800 institutions belong, has called for a phased reopening of campuses “based on local public health conditions as well as [school] capacity.” Its guidelines include widespread testing, contact tracing, and isolation or quarantine of both ill and exposed individuals.

The Centers for Disease Control and Prevention laid out even more daunting instructions for what a campus should do in the event of a positive test, calling for potential short-term closures of buildings and classrooms that might extend into weeks in the middle of a semester. Among other things, the CDC said, the scenario could include having to move some on-campus residents into short-term alternative housing in the surrounding community.

Van Orman is a past president of the ACHA, but her school has yet to announce a definitive plan for the fall. That puts USC in good company. Although a rolling survey by the Chronicle of Higher Education suggests that nearly 70% of schools are planning for on-campus education, almost every institution directly contacted by Kaiser Health News was actually planning for all contingencies, with fully or partly opened campuses simply being the best-case and most publicly touted scenarios.

Making a campus virus-ready could take all summer, according to officials at several schools. Most of them don’t yet know how many students will return, and about half the schools contacted by KHN said they’ve pushed back the decision deadline for incoming freshmen to June 1, a month later than usual.

Those decisions have huge ramifications for university budgets. Ben Kennedy, whose Kennedy & Co. consults higher education institutions, said most are planning for an enrollment drop of 5% to 10%. “They’ll experience the big financial hit this fall,” Kennedy said.

At Georgetown University in Washington, D.C., a projected $50 million shortfall prompted voluntary furloughs, suspended retirement contributions and construction stops. The Massachusetts Institute of Technology reported $50 million in unexpected costs, while Janet Napolitano, president of the University of California’s 10-campus system, estimated combined losses of $1.2 billion from mid-March through April in announcing salary cuts and some freezes.

At the same time, large-scale restructuring will be required at bigger campuses in response to the pandemic. Converting some multiperson dorm rooms to singles will become the norm at many schools, although not every campus — or community — is prepared to handle a surge of students needing to find other housing as a result. Solutions are still being studied to address those who will be in close quarters in shared dining halls, bathrooms and common rooms. Some schools plan to set aside dorms for students who test positive and need to be isolated or quarantined.

“Students with existing health issues will have priority for single occupancy,” said Debbie Beck, executive director of health services for the University of South Carolina’s 33,000-student Columbia campus. “Testing in the residence halls will be critical.”

Several schools are considering ending their fall semesters before Thanksgiving, which Beck said “would further reduce risks and control the spread of COVID” as students are sent home until January. Stanford University, meanwhile, is pondering a range of possibilities that include permitting only a couple of class years on campus, perhaps alternating by quarters.

A common misperception, several officials said, is that college campuses have been “closed” since the outbreak of the coronavirus. Although student life has been restricted, other parts of many campuses have remained in operation, particularly at research institutions.

“These kids are digital natives,” said Nieva, whose son was a freshman living on campus at USC before students were sent home. “A lot of what they’re experiencing, they’re perhaps better equipped to handle than another generation might be.”

Back in Moraga, Saint Mary’s will reduce dorm capacity, record lectures for online retrieval and institute strict guidelines to prevent the spread of illness — but it plans to continue a 150-plus-year tradition of close, personal education for its 2,500 undergraduates. In its case, being small is the biggest advantage.

“If we already only have 15 or 18 students in a classroom that can hold 30, then it becomes much easier to adapt to the new guidelines and protocols,” said Dr. Margaret Kasimatis, the school’s provost. “That’s a pretty good start.”

Mark Kreidler is a writer for Kaiser Health News. 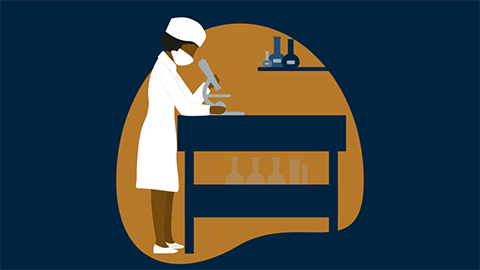 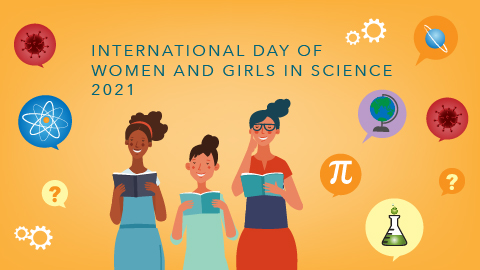 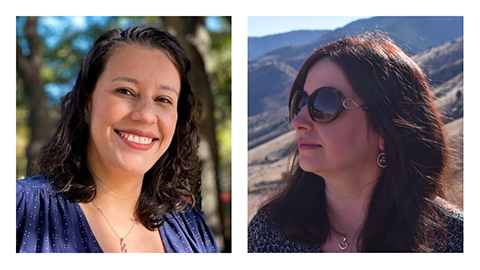 To mark the International Day of Women and Girls in Science, Núria Negrão talks to two women who traveled from their native countries to pursue research in the United States.