This is a story about the biochemistry of some of the foods that make summer delicious--most of which are fruits and vegetables. For those of you bound for a summertime holiday weekend, we dug into recent research into the yummy foods you might serve at a socially distant picnic.

Fruits and veggies in general 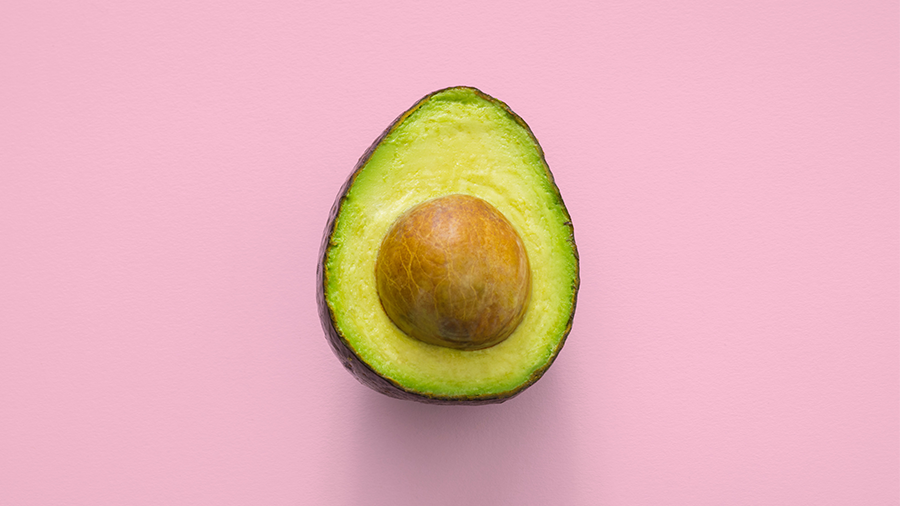 Photo by Thought Catalog on Unsplash
If you put an avocado in a paper bag, it'll ripen quickly. Some people suggest putting an apple or banana in there with it.

It’s in the bag: The plant hormone ethylene is key to fruit ripening. You’ve probably heard that you can make fruit ripen faster by placing it in a paper bag, raising the concentration of ethylene. This review in the Journal of Biological Chemistry covers what we know about how cells sense and respond to the hormone and how it might be harnessed for agriculture. 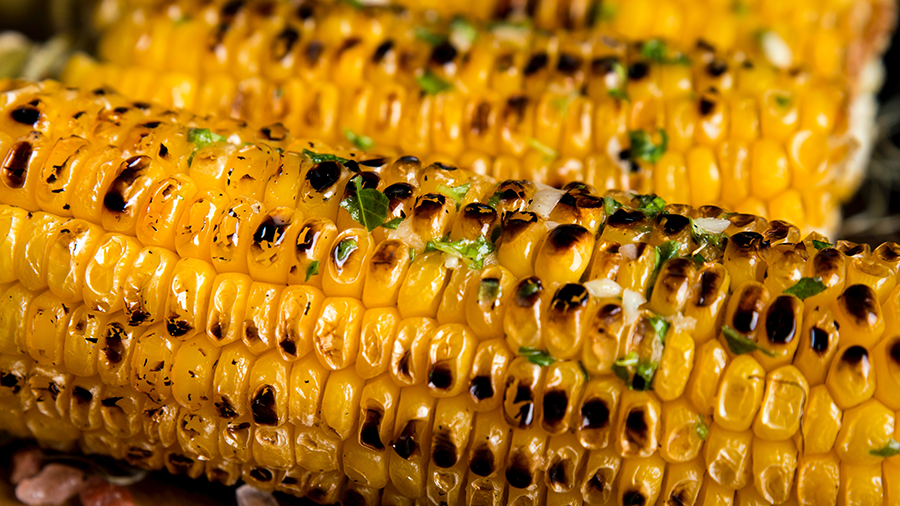 Photo by Dragne Marius on Unsplash
Grill corn. You won't regret it. Want to kick it up a notch? Try this Mexican-inspired recipe.

From tropical crop to temperate staple: Once upon a time, corn was a tropical crop, hailing from the Central Balsas River Valley of southern Mexico before humans domesticated it around 9,000 years ago. Part of that domestication was an adaptation to more temperate climates that entailed change in the expression of protein and mRNA. To get a full picture of how domestication altered maize genetics, researchers at the National Maize Improvement Center of China conducted an integrative analysis of proteomic and transcriptomic changes in a maize association panel. Their findings, published in the journal Molecular & Cellular Proteomics, suggest that the proteome evolved under a greater evolutionary constraint than the transcriptome did while maize was adapting from tropical to temperate regions.

Corn rinds in dry times: Maize being the staple that it is, researchers at France’s UMR de Génétique Végétale examined how the plant’s phosphoproteome responds to drought events. By combining a physiological approach and a quantitative phosphoproteomic analysis, their work, published in the journal Molecular & Cellular Proteomics, provides new insights into the in-vivo early phosphorylation events triggered by rapid changes in plant water status and their possible involvement in plant growth-related processes. 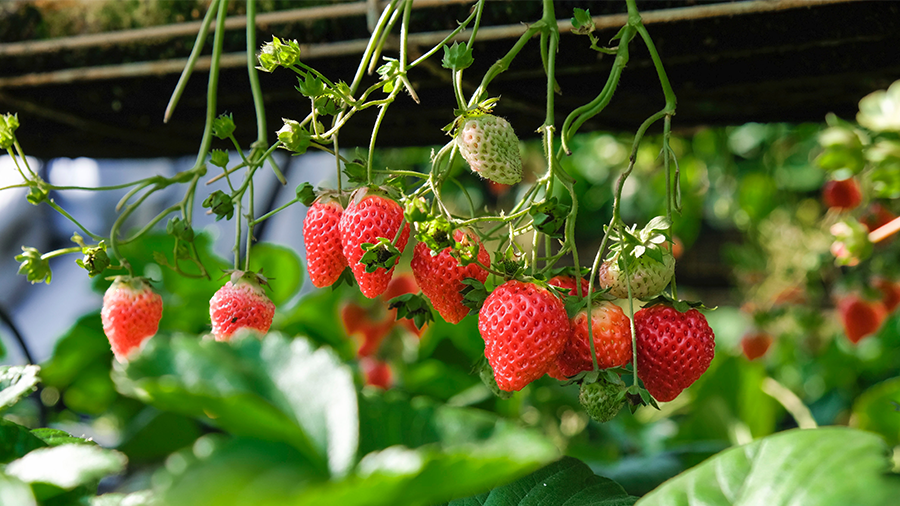 Photo by Henry & Co. on Unsplash
How Fra a proteins bring the FLA(vor): Were it not for Fra a proteins, strawberries would not synthesize the flavonoids that give them their flavor and characteristic hues, from the vibrant reds on grocer’s shelves to the yellows and oranges found only at farmer’s markers or in labs. In this paper published in the Journal of Biological Chemistry, researchers investigated how Fra proteins bind to natural flavonoids to determine how they regulate their activity. They found that the proteins control flavonoid biosynthesis through binding to metabolic intermediates.

AsESing the defensive secrets of a strawberry fungus: Anthracnose, a type of fungal rot, can devastate strawberry yields. By ramping up the plant’s defensive activity, however, scientists may be able to induce broad resistance against a range of fungal pathogens in the bright berries. In this paper published in the Journal of Biological Chemistry, researchers in Argentina purified and characterized a pathogen protein called AsES, which elicits a defensive immune response in the berries. Their findings may contribute to developing disease biocontrol strategies that use strawberries’ innate immunity.

Use a straw: Perhaps you like your strawberries in smoothie form? In this study in the Journal of Lipid Research, by researchers at the Mayo Clinic, participants consumed almost three-quarters of their daily calories in strawberry smoothie form. Mmmmm. 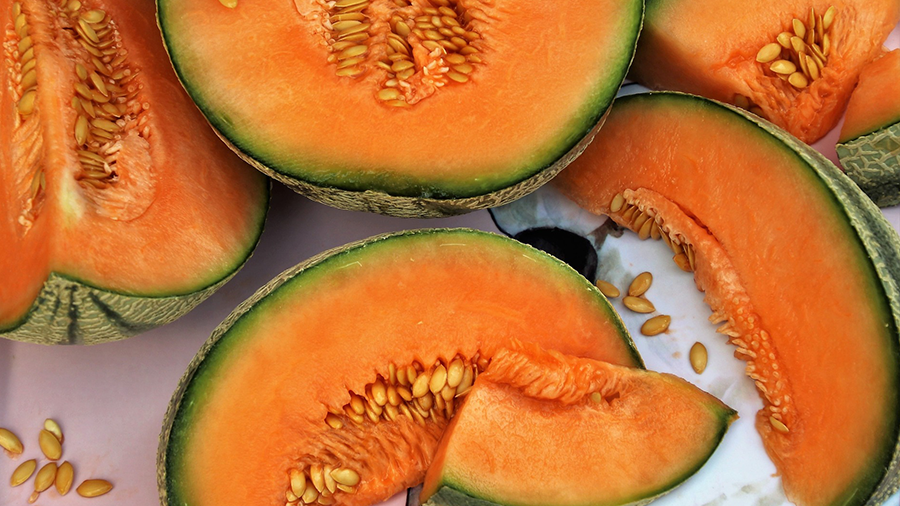 Photo by by pasja1000 on Pixabay

Here’s the scoop: Orange melons, better known in the U.S. as cantaloupes, are rich in β-carotene that can be metabolized into vitamin A. In this study in the Journal of Lipid Research, scientists investigated how intestinal cells take up metabolites of β-carotene. 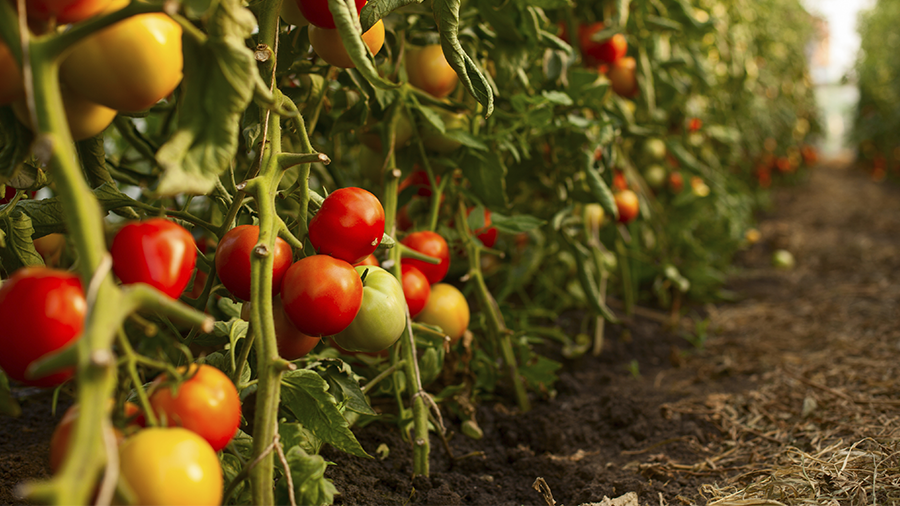 High-stakes structure: Tomatoes, like many other plants, use photoreceptors called phytochromes to sense far-red light and respond to temperature. In a structural biophysics article in the Journal of Biological Chemistry, researchers reported the crystal structure of an enzyme that converts a precursor molecule used for photosynthesis into phytochrome pigments.

Hardy heirloom: How do tomato seedlings survive an early-season cold snap? It’s a trick question; a gardener could tell you that most don’t. But among strains that can tolerate some cold, it’s thanks to major changes to signaling. This Molecular & Cellular Proteomics article compared the cold-responsive phosphoproteome in an heirloom varietal called the greengage tomato to more wimpy strains to understand what makes the greengage so hardy. 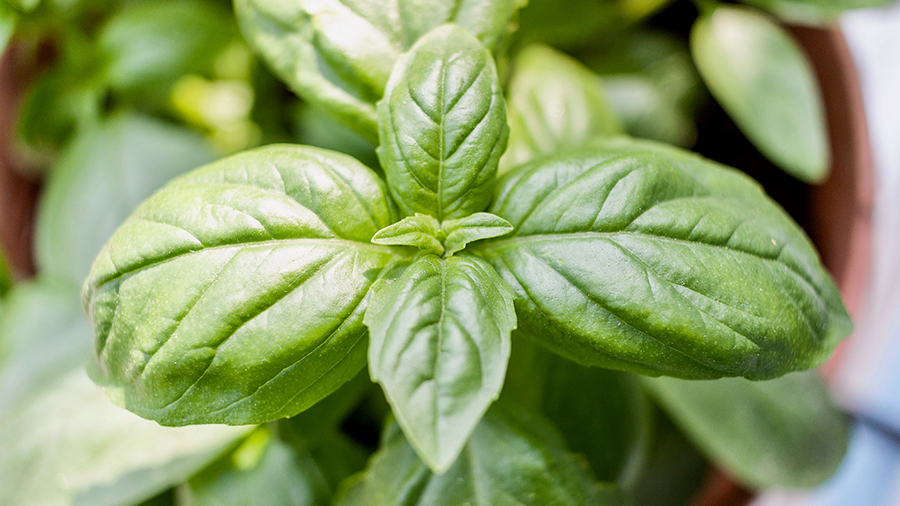 Photo by Lavi Perchik on Unsplash

From the ground up: If your summer would be incomplete without a big batch of pesto made from fresh basil and plenty of olive oil, you might be interested in the lipophilic, or oil-soluble, compounds produced in the basil leaves. In this article in the Journal of Biological Chemistry, researchers put mortar and pestle to a different use, grinding up leaves to carry out a detailed biochemical analysis of a certain type of flavone and pinpoint the enzyme responsible for synthesizing it.

Special sprigs: Why do basil, peppermint and marjoram all taste differently? Leaves from all three plant species, which belong to the mint family, have plenty in common but produce distinct sets of diterpenes, diverse 20-carbon molecules that impart flavor and aroma. In this article in the Journal of Biological Chemistry, researchers searched the genomes of 48 mint family species to find new diterpene synthase enzymes that help explain their unique flavor profiles. 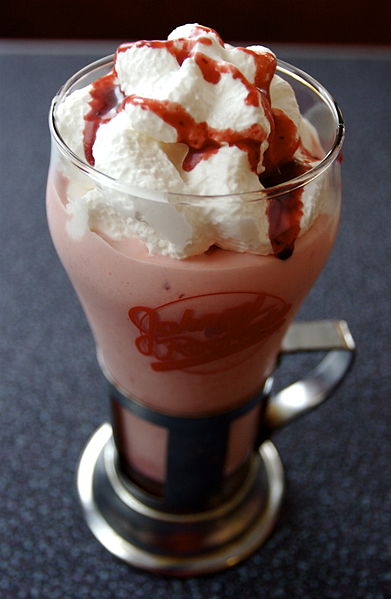 And sweat: The insulin-responsive glucose transporter type 4 (GLUT4) protein was discovered in 1988. This Journal of Biological Chemistry review covers three decades of research made possible by the discovery, which clarified how insulin and exercise regulate glucose transport into muscle and fat cells.

Sip it for science: Milkshakes are a favorite research tool over at the Journal of Lipid Research. Here’s just one of the many metabolism studies that introduced dietary fat with a milkshake in order to determine how genetic variation affects people’s metabolism.