ASBMB Today Science 'We are doers. We want to get involved.'
Life in the Lab

'We are doers. We want to get involved.'

The basic science laboratories at the University of Washington School of Medicine in Seattle are under the same roof as the clinical care facilities but separated by long hallways. Right now, those halls are very quiet, as faculty members with children and those at high risk of contracting COVID-19 have shifted to remote work, and the remaining scientists are avoiding close contact.

“It’s a really weird combination of intense emotional distress and being deserted. Normally, I think, when a place is deserted, it’s empty of emotion, too,” said Sharona Gordon, the university’s associate dean for research and graduate education. 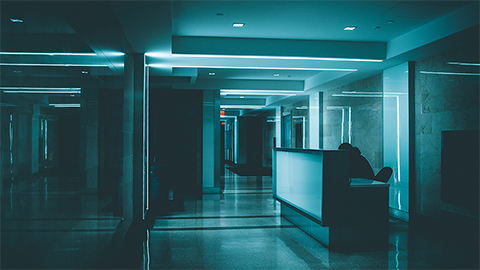 But this is a time when normality feels like a distant memory. Gordon is one of many basic scientists helping with an unusual effort: recruiting volunteer scientists to help keep diagnostic labs running during Seattle’s COVID-19 outbreak.

Normally, basic scientists and clinical lab workers overlap very little. Because of federal regulations, diagnostic tests must be carried out by government-certified laboratory technicians. However, testing rates for the novel coronavirus SARS-nCoV-2 have lagged badly in the United States compared with other countries. As the number of people with respiratory symptoms has grown, demand for testing has strained the university’s laboratory medicine department.

The shortage was hardware; the interim chair of the department circulated a request for specific PCR machines early in March.

In the past weeks, the lab’s personnel have become overwhelmed. As the university prepared to launch a drive-up testing center, Gordon said, “there was the recognition that the state testing lab, in combination with the university’s testing lab, just didn’t have the capacity — and that outside-the-box thinking was going to be necessary.”

Luckily, the UW community includes a large number of scientists who know their way around a thermocycler. After consulting with faculty and department chairs, the dean of research sent an email on March 12 requesting volunteers under age 40 to help out in the labs at the department of laboratory medicine.

The diagnostic tests themselves must still be performed by certified technicians. But the roughly 150 volunteers — most of whom are graduate students, postdoctoral fellows or junior faculty – can help with ancillary tasks, from restocking shelves to logging samples as they enter the lab.

“Something that’s very heartwarming is everybody pulling together within the University of Washington to make this happen,” said John Scott, the chair of the university’s pharmacology department. “It started with an idea, and it’s expanded very quickly into action.”

More difficult choices ahead for researchers

Gordon said that the advice to stay at home and avoid social contact is difficult for the scientists she knows to follow. “We are doers. We want to get involved,” Gordon said. “But if you put 100 people in a room to get involved, you would be spreading the virus.”

Those who haven’t been called on to volunteer in the clinical lab have other ways to contribute to the outbreak response. “There’s a tremendous outpouring of volunteer energy, but also the need to organize it,” Gordon said.

Recently developed message boards within the UW community are trying to match healthcare workers who need childcare and people at higher risk of infection with delivery needs to people who want to help.

Research labs are also crowdsourcing donations of reagents. The stringent Food and Drug Administration protocols that clinical laboratories follow often specify the manufacturer and type of reagents or consumables that may be used. On Friday, the UW virology department put out an urgent request for pipette tips; on Saturday morning, it reported that donations from academic groups, including an influenza surveillance study, had allowed it to continue diagnostic tests until a manufacturer’s shipment came in.

Meanwhile, faculty members in leadership roles are also trying to keep research programs going, balancing certainty that the drastic social distancing measures will need to continue for at least eight more weeks with the pressure to contribute in some way to scientific understanding of the virus and of other diseases.

“You want to prevent the spread of this virus, but you don’t want someone to lose years of research that may be the cure for something else,” Scott said.

University leaders across the country have done the same cost–benefit calculations and come to different results. Some universities, such as Johns Hopkins, the Massachusetts Institute of Technology and Cornell, have started to wind down research unrelated to the pandemic. But at the University of Washington, at least for now, a subset of researchers continue to report to work.

“You can’t just run the virology labs. The research enterprise is an organism, and you can’t just shut down all but one organ,” Gordon said on Friday. “By keeping the research labs running to the extent that people feel safe coming in, there’s a feeling that we’re contributing.”

Shortly after publishing this article, ASBMB learned of the death from COVID-19 of University of Washington pathology professor Stephen Schwartz. Our sympathy and deepest condolences are with the UW community at this difficult time.