Why CD23 from only some species can bind glycans

Sugars or carbohydrates, also known as glycans when found attached to proteins, are the underappreciated siblings of proteins, with which they often act in concert. Glycans play a critical role in cell–cell and cell–matrix interactions and the immune response. Despite their importance, glycobiology is still an emerging discipline, so glycans sometimes are referred to as as the dark matter of the biological universe. 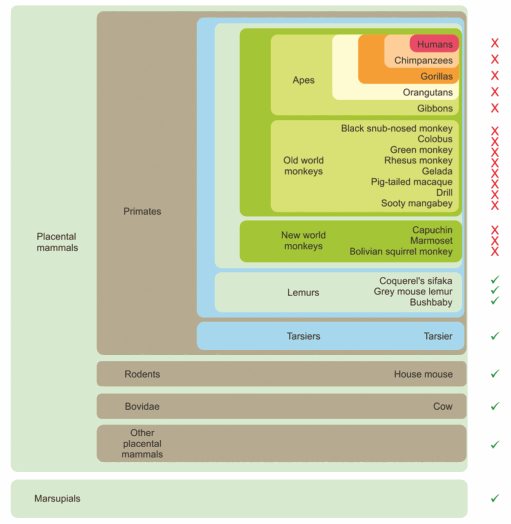 Lectins are proteins that bind to carbohydrates. One subtype is known as C-type lectin because its calcium ion dependency plays a crucial role in immune response to fungal pathogens and other microorganisms. Much remains to be learned about these interactions. CD23 is a low-affinity immunoglobulin E receptor that also recognizes other ligands and is found in several cell types, including B lymphocytes. Its extracellular domain contains a C-type lectin–like domain that resembles a sugar-binding site, and previous studies reached conflicting conclusions on whether it can act as one. In a paper published in the Journal of Biological Chemistry, Sabine A. F. Jégouzo and Hadar Feinberg, from Imperial College London and the Stanford University School of Medicine, respectively, and colleagues showed that CD23 acts as a glycan receptor in cows and mice.

The research team used solid-phase binding competition assays, glycoprotein blotting experiments and glycan array analysis to show that CD23’s lectin domain can bind several sugars (mannose, GlcNAc, glucose and fucose) alone or as part of a glycoprotein. They also provided a structural explanation of why this sugar-binding ability has been lost in humans and primates since their CD23 protein lost crucial amino acids required for sugar binding.

This research further elucidates CD23’s role as a cell-surface receptor and provides structural and functional evidence for the glycan binding of its C-type lectin–like domain. Because immunoglobulin E is an antibody isotope involved in allergy and resistance to parasites, these results are likely to influence future research into CD23’s role as a receptor for potentially pathogenic microorganisms.

Unlocking the role of vaults

Within many eukaryotic cells, small noncoding vault RNAs, or vtRNAs, associate with proteins to form large barrel-shaped cytoplasmic organelles known as vaults. Researchers have yet to uncover the function of vtRNAs, but now Nikolay Kolev and a team of researchers at Yale University and Bar-Ilan University in Israel provide novel insights by using a permeabilized cell system for the sleeping sickness-causing parasite Trypanosoma brucei. They identified the previously discovered and abundant noncoding TBsRNA-10 as a vtRNA and showed that downregulating it disrupts mRNA splicing. These results, published in the Journal of Biological Chemistry, implicate vaults in RNA metabolism and pave the way for studies to further elucidate their function.

When proteins misfold, how do cells react?

Protein aggregation is a pathological hallmark of many devastating neurodegenerative diseases. While useful, current cell-culture models fail to capture proteasomal changes with high temporal resolution. Colin Gottlieb, Airlia Thompson and a team of researchers from Stanford University and Harvard Medical School addressed this gap using chemical biology approaches to observe an increase in ubiquitylation within minutes of protein misfolding. This work, published in the Journal of Biological Chemistry, suggests that protein unfolding is sufficient to induce a stress response. This discovery may lead to important new therapeutic targets for the treatment of neurological disease.

Deoxyribonucleoside triphosphates, or dNTPs — the building blocks of DNA — are formed in mammalian cells via either de novo synthesis or salvage of deoxyribonucleosides. To uncover to what degree cells can rely on the salvage pathway alone for DNA production, Phong Tran and a research team at Umeå University in Sweden developed a mouse model with a heart and skeletal muscle-specific deletion of ribonucleotide reductase — the enzyme that catalyzes the first step of DNA synthesis. These knockout mice exhibited aberrant production of DNA and proteins and underwent heart failure after the first postnatal week, which indicated that the salvage pathway on its own is inadequate in supporting DNA production. This work was published in the Journal of Biological Chemistry.

Where do FOGs come from?

O-glycosylation is a key protein modification in numerous essential cellular processes. Although free O-glycans, or FOGs, have been detected in the extracellular space, little is known about their origin. In research published in the Journal of Biological Chemistry, Hirayama Hiroto and a team of researchers in Japan found that the yeast Saccharomyces cerevisiae, using mannose as a carbon source, produced FOGs similar to those attached to glycoproteins. They also deleted the general transcriptional repressor Cy8, which resulted in FOG accumulation and strong growth defects. These results revealed a novel mechanism of FOG removal from yeast and prompt the question of whether similar pathways exist in higher eukaryotes.

Membrane fusion is required for vesicle trafficking and cellular homeostasis. Soluble NSF attachment protein receptor, or SNARE, proteins facilitate the fusion process and are highly conserved across species. N-ethylmalemide sensitive factor, or NSF, and its yeast counterpart Sec18 activate SNAREs, yet the lack of adequate reversible inhibitors has prevented a thorough understanding of molecular mechanism. In research published in the Journal of Biological Chemistry, Robert Sparks and Andres Arango of the University of Illinois at Urbana–Champaign and a team from several institutions used structure-based computational drug discovery to find a specific inhibitor of Sec18/NSF, providing a powerful new tool for deeper investigation of SNARE priming and membrane fusion.

A STING defense against a parasite

Toxoplasma gondii is an obligate protozoan parasite that naturally infects all mammals, where it alters the host environment to establish chronic infection. In research published in the Journal of Biological Chemistry, Peiyan Wang and Siji Li of the Peking University Health Science Center and a team in China and the U.S. uncovered a new role for the T. gondii protein GRA15 in inducing an antiparasite response via the interferon stimulator STING. This parasite-driven host defense limits Toxoplasma replication while maintaining host survival, creating an ideal niche for the establishment of latency.