One bill would provide $26 billion in emergency funding for agencies that support research; another would protect against foreign influence in research

The American Society for Biochemistry and Molecular Biology’s public affairs team tracks federal legislation that affects the scientific community. Here we report on and respond to two recent bills — one that would provide emergency monies for agencies that fund scientific research and one that would put measures in place to thwart foreign interference in research.

As COVID-19 swept across the nation, academic laboratories and university research centers closed their doors and slowed much of their federally funded research. Researchers are understandably concerned that a widespread and lengthy shutdown will affect the pace of scientific discovery. Being away from labs for weeks or months would certainly mean having to restart or altogether abandon many experiments, which translates to wasted time and resources.

Some scientists have urged institutions to develop long-term plans to sustain research unrelated to COVID-19. Such plans would address both how to restart research projects and how to avoid wasting years of scientific progress.

In response to mounting calls from the scientific community for the federal government to guarantee investments in research unrelated to COVID-10, U.S. House Reps, Diana DeGette, D-Colo., Fred Upton, R-Mich., Eddie Bernice Johnson, D-Texas., Frank Lucas, R-Okla., Anna Eshoo, D-Calif., and Anthony Gonzalez, R-Ohio., introduced the Research Investment to Spark the Economy (RISE) Act on June 24. The legislation would authorize $26 billion in emergency relief for federal science agencies that support scientists whose work has been affected by the pandemic.

This bill would allow federal science agencies to provide supplemental funding to extend the duration of some grants. This would enable principal investigators to complete research interrupted by COVID-19, extend the training of graduate students or employment of postdoctoral researchers on federal grants, and reconfigure labs and equipment to resume on-site research activities safely.

The RISE Act is an important piece of legislation to ensure that the American research enterprise can restart and continue vital federally funded research. This legislation is necessary to preserve our scientific infrastructure and protect the innovation pipeline. 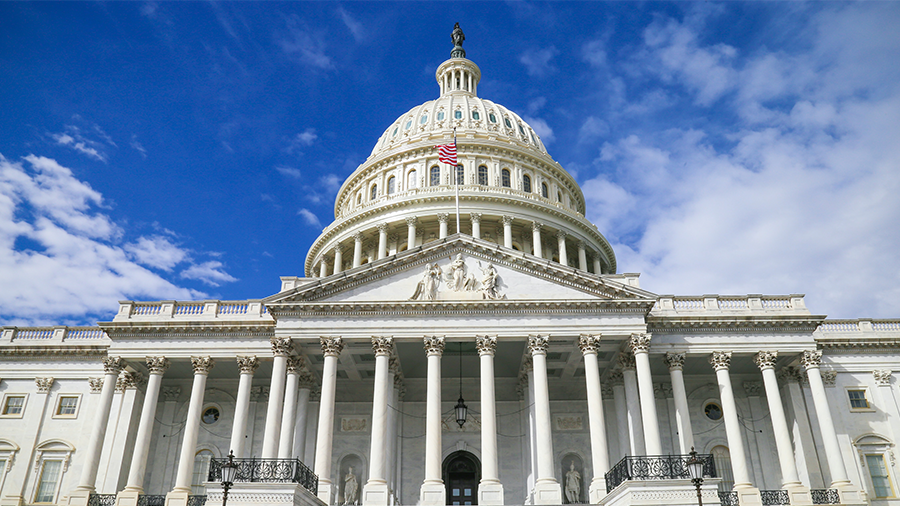 Photo by Louis Velazquez on Unsplash

The legislation would establish a Federal Research Security Council to implement a uniform, machine-readable federal grant-application process, implement a uniform and regular reporting process, and issue guidance to executive agencies to develop compliance and oversight programs.

Some higher education organizations are concerned with provisions in the legislation, such as one that would reduce the reporting foreign gifts threshold from $250,000 to $50,000. Both Portman and Carper have invited organizations to talk to their offices about their concerns. While the committee approved the bill July 22, it’s unclear when it will come up for a vote by the full Senate given how few days the Senate will be in session between now and the November presidential election.

The ASBMB encourages the committee to continue to work on a bipartisan basis and with stakeholders in the scientific community to fully address foreign influence on American research while ensuring the continuation of productive scientific international collaboration.