Agency has made meaningful progress when it comes to intramural researchers, though

A National Institutes of Health working group met for the first time in February 2019 and produced a set of recommendations in December for how the federal science funding agency can end sexual harassment. In the six months since the report came out, the agency has made progress on less than a third of those recommendations.

After the National Academies released in 2018 a groundbreaking report on the cumulative effect of sexual harassment on women in academic science, engineering and medicine, numerous federal agencies began to take steps to address the issue. NASA, the National Science Foundation and the Department of Energy were among them.

The NIH positioned itself as the leader of the response to sexual harassment in STEM, writing in its December report, “NIH has the broad influence to set the tone of scientific endeavor and, thus, is in a unique position to lead the solutions. NIH has an obligation to the scientific community to ensure that immediate and long-term changes are made to prevent sexual harassment.” 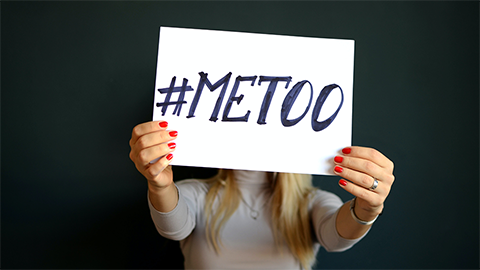 Photo by Mihai Surdu on Unsplash
The NIH Working Group on Changing the Culture to End Sexual Harassment provided a detailed report in December 2019 about the effects of sexual harassment on scientists across the country. The report also outlined a roadmap of policy adjustments aimed at changing the culture of science and making sexual harassment in science a thing of the past.

However, out of the 31 recommendations crafted by the NIH working group, the agency has made substantial progress on only five and minimal progress on another five.

It's fair to say that the NIH has made significant progress on handling sexual harassment on the NIH campus. It has expanded its anti-harassment resources and changed policies to protect victims of harassment. For example, it now prohibits supervisors or others in positions of power from retaliating against individuals who report harassment, and it now allows anonymous reports on any individual's behalf.

On the extramural side, though, NIH has made less progress. It has changed its process for handling allegations of sexual harassment on agency-funded projects at recipient organizations, removed individuals with a confirmed finding of sexual harassment from participating in NIH study sections or NIH advisory councils/committees, and published standard operating procedures on harassment.

However, the NIH has not significantly increased transparency and accountability in reporting of professional misconduct; nor has it established mechanisms for restorative justice for victims of sexual harassment.

Notably, according to the Government Accountability Office, the NIH still lacks a comprehensive framework with goals and plans to address sexual harassment, making it impossible for the agency to monitor and evaluate its efforts.

Sexual harassment undermines women’s professional and educational attainment and mental and physical health. The academic workplace has the second highest rate of sexual harassment, with 58% of women reporting that they've experienced harassment, behind the military, for which the rate is 69%.

The NIH funds researchers at thousands of institutions across the country, and sexual harassment has been a problem in STEM long before the agency's working group was formed. It's worth asking: Why is the agency slow to address it?

The ASBMB has been tracking the implementation of the recommendations from the NIH working group. The recommendations are divided into the themes listed below. Click on a theme to see the NIH's progress on it, or see the full list here.