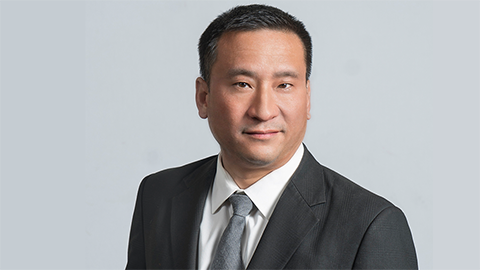 Jim Block
Frank H. Wu teaches law at the University of California, Hastings College of the Law. In late March, he was named the next president of Queens College in New York.

Guest speaker Frank H. Wu, a distinguished professor at the University of California, Hastings College of the Law, described how federal agencies that fund research, such as the National Institutes of Health, National Science Foundation and the Department of Energy, are changing their policies regarding international collaboration for scientists and how these changes will affect the scientific community.

Wu emphasized that scientists must engage with federal agencies and their academic institutions to advocate for policies and best practices that ensure the openness and collaborative nature of scientific research while protecting research security.

You can watch the webinar here. Below are three key points that Wu raised.

Since 2018, the NIH and the Federal Bureau of Investigation have undertaken hundreds of investigations of scientists accused of stealing biomedical research from institutions across the United States for other countries. In addition, 71 academic and research institutions are now investigating 189 cases of alleged theft of intellectual property and/or disclosure violations.

Wu said it’s important to acknowledge that intellectual property theft happens and is a legitimate threat.

For example, last year. James Patrick Lewis, a professor at West Virginia University, pleaded guilty to defrauding his public university by taking leave so that he could work for a Chinese institution, which he hid from his employer.

Learning from the past

But government overreach is real, too.

For example, Wu reviewed cases of two scientists accused of crimes by the U.S. government and, as a result, lost their jobs and/or federal grants, despite being cleared of the charges.

In 2014, the FBI accused Sherry Chen, a hydrologist working for the National Weather Service, of using a stolen password to download information about the nation’s dams from the NWS and of lying about meeting with high-ranking Chinese officials.

Five months after she was arrested, and one week before she was scheduled to go on trial, prosecutors dropped all charges without explanation. But as a result of the charges, Chen was suspended from her job without pay, and her family had to scramble for money to pay for her legal defense.

In 2015, the Justice Department accused Xiaoxing Xi, who was then chair of Temple University’s physics department, of giving Chinese researchers the blueprints for a sensitive piece of laboratory equipment known as a pocket heater.

The case collapsed a month later when leading physicists testified that the blueprints were not for a pocket heater after all; they were for a device that Xi invented and shared with Chinese researchers as part of normal academic collaboration. Xi was suspended from his job and was prohibited from entering the campus he worked at or speaking with students.

Chen was not reinstated at her job at the National Weather Service, and Xi lost his position as chair of the physics department at Temple.

Lastly, Wu talked about the changing policy environment and standards regarding international collaboration.

Ten years ago, he said, federal agencies were actively encouraging U.S. scientists to collaborate with foreign research institutions and scientists, especially those based in China. But that attitude has significantly changed since.

For example, the Department of Energy banned its employees and grant recipients from participating in China’s talent recruitment program, and it announced its intention to expand to whom this ban applies.

In 2018, the Department of Justice began the China Initiative, which “reflects the strategic priority of countering Chinese national security threats.” Through this initiative, the DOJ is focused on identifying and prosecuting those engaged in trade secret theft, hacking and economic espionage (including espionage relating to intellectual property and scientific research).

Federal agencies have changed the best practices and standards that guide scientific international collaboration but have done little to communicate that with the scientific community.

Wu concluded by underscoring the need for universities to work with faculty members on clear and consistent guidelines for disclosure and conflict of interest reporting. He recommended that institutions provide compliance training that incorporates culturally sensitive material to prevent stigmatization of foreign scientists.

He also urged scientists and scientific societies to engage with universities in discussions about these matters and to advocate for constructive changes to reporting and disclosure reporting requirements.