Prompted by concerns about racial profiling, U.S. Reps. Jamie Raskin, D-Md., and Judy Chu, D-Calif., last week sent the National Institutes of Health and the Federal Bureau of Investigation two letters about the agencies’ investigations into scientists with ties to China.

Cases of intellectual property theft and conflicts of interest have made headlines in recent years. There is also growing concern that innocent people, particularly those from China and those of Chinese descent, are being unfairly targeted by federal investigators. 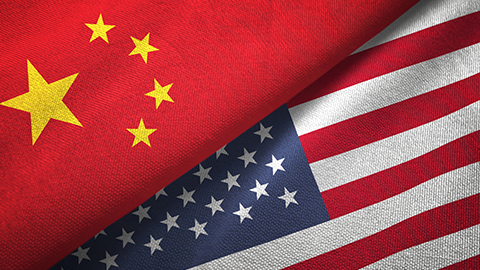 Raskin and Chu requested the following documents and information in a letter to NIH Director Francis S. Collins on Thursday:

In a second letter, addressed to FBI Director Christopher Wray, Raskin and Chu brought up several examples of Chinese-American scientists being wrongfully accused by the FBI and described the repercussions they suffered, such as losing their jobs, incurring significant legal fees and losing research funding.

Raskin and Chu pointed to news reports that the FBI has been encouraging universities to increasingly scrutinize Chinese-American faculty and researchers. They noted that university officials have complained that the FBI briefings have been “frustratingly vague.”

They asked the agency to provide the following:

Numerous cases of intellectual property theft and research-integrity violations since 2013 have involved members of the international scientific research community, including conflicts of interest and disclosure violations. All confirmed cases of research violation and intellectual property theft related to foreign influence have been a part of a larger, coordinated effort on the part of China, in particular China’s Thousand Talents Program.

In one case, a researcher downloaded thousands of files from one of the Department of Energy’s national labs and took them to China. In others, researchers did not disclose relationships (financial or otherwise) with Chinese research institutions or the Chinese government and used data from U.S. federally funded research to file patents in China.

In response, the NIH has expanded its integrity and oversight procedures to investigate foreign influence on extramural research. The agency has been working closely with the Department of Justice, Department of Homeland Security and other nonfederal organizations to conduct these investigations.

Transparent reporting requirements and guidance from federal funding agencies are needed to contend with academic dishonesty and espionage. However, though the FBI and NIH should investigate allegations of research-integrity violations, intellectual property theft and academic espionage, no single demographic should be targeted.