While Congress is often characterized by partisan gridlock, late last year it passed legislation that creates and expands STEM education initiatives at the National Science Foundation, and it is considering a bill that would improve the quality of undergraduate STEM education at minority-serving institutions.

The Building Blocks of STEM Act, signed into law by President Donald Trump in December after rare bipartisan cooperation in both chambers, instructs the NSF to equitably allocate funding that supports greater inclusion in early childhood and elementary STEM education. With an eye to improving female participation in science technology, engineering and math, the act also directs the NSF to support research on the factors that discourage or encourage girls to engage in STEM activities. 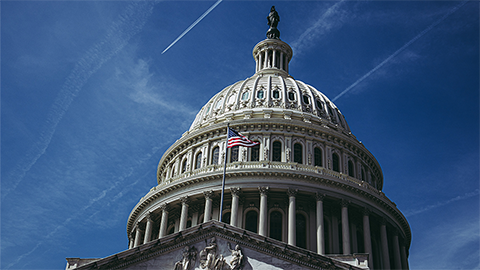 The MSI STEM Achievement Act, meanwhile, directs the NSF to allocate funds for capacity building at tribal and historically black colleges and universities as well as minority-serving institutions. Based on a late 2018 report by the National Academies of Sciences, Engineering and Medicine, which indicated minority-serving institutions are underutilized resources that can boost the nation’s science and technology workforce, this legislation would direct the Government Accountability Office to create an inventory of competitive funding programs that specifically target minority institutions to diversity the STEM workforce. The bill already has passed the House and is under consideration by the Senate.

The American Society for Biochemistry and Molecular Biology is a member of the STEM Education Coalition, which advocates for “targeted initiatives to promote the inclusion of underrepresented minorities, women, and other high-need populations in STEM fields.” Over the past year, the coalition has advocated for both of the bills.

While these two pieces of legislation are important catalysts for dialogue on what policies are needed to create institutional change to promote a diverse and inclusive STEM workforce, there is still more to this conversation—including sexual harassment in STEM, stereotype threats, and poor advising.

The ASBMB will continue to advocate for passage of the MSI STEM Achievement Act and other bills aimed at creating and supporting a diverse scientific workforce.