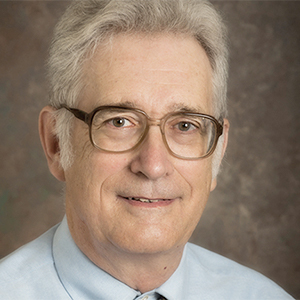 On September 22, 2017, the biochemistry community lost a cherished colleague, Mahendra Kumar Jain. He was a good and generous true friend to many. He engaged in substantive discussion and animated nonconfrontational dialogue. He loved to explore ideas and frequently enjoyed a vegetarian meal with wine and friends at local Indian or Italian restaurants where he knew the cooks and could request preparation of special dishes. Despite his substantial scientific contributions, he shunned fame or personal recognition. Mahendra was born in Ujjain, India, on October 12, 1938, the first of 10 children. His college education was at Holkar College, Indore, India, where he received his B.Sc. in 1957. At Vikram University in Ujjain, he obtained his M.Sc. in 1959. From 1959 to 1964, he was a lecturer for the government of Madhya Pradesh, Bhopal, India. Following, in 1965, he was a lecturer at the Punjabi University in Patiala. While in India, Mahendra published 16 articles in the area of extracting and identifying natural products in various plant species. From India he moved to David Lavie’s lab at the Weizmann Institute in Israel where he completed a Ph.D. in less than two years! There he worked on the chemical structure determination of terpenoid natural products.

In 1967, Mahendra came to the University of Indiana in Bloomington where he was a research associate in the laboratory of Eugene Cordes until 1973. There his interests shifted to biological membranes, a research area that occupied him for the rest of his life. It was during that time that he wrote a book, “The Bimolecular Lipid Membrane: a System,” published by Van Nostrand Reinhold Co. in 1972. He published his first of over 200 articles on phospholipases in 1973. He listed his research interests as “molecular correlates of membrane organization with special reference to the action of phospholipase; mode of action of anesthetics and related drugs; lipid-protein interaction; and long-range cooperativity in biomembranes and bilayers.”

In the early 1970s, the University of Delaware contemplated having a medical school. In preparation, it created the Division of Health Sciences, hired faculty destined to be basic science faculty in the future medical school and gave them associated appointments in various academic departments. It was in this context that Mahendra came to the chemistry department in 1973. He was assigned to co-teach an eight-credit integrated introductory chemistry and physics course for first-year premedical students. Later, when the plans for a medical school were dropped, the chemistry and biochemistry department became his primary appointment. In 1980, he coauthored a textbook, “Introduction to Biological Membranes,” with Roger Wagner in the biological science department at the University of Delaware. He was promoted to associate professor in 1975 and full professor in 1981. He took sabbatical leaves in Utrecht (1979—1980), Göttingen (1986—1987 and 1998), and Indian Institute of Science in Bangalore, India (1993–1994).

Mahendra masterfully formed synergistic collaborations with faculty at the University of Delaware and elsewhere (notably Otto Berg of Uppsala University and Michael Gelb of the University of Washington) that enabled him to make major contributions to understanding catalysis by enzymes embedded in membranes. Typical enzyme assays involve enzymes dissolved in solution, free to diffuse in three dimensions. Membrane-bound enzymes are in a two-dimensional matrix and thus are not free to diffuse in a three-dimensional assay system. To make sense of the kinetics involved with interfacial catalysis, Mahendra introduced the concepts of “scooting” and “hopping” to describe the behavior of these enzymes depending on whether they stayed to scoot within a membrane or could occasionally exit one membrane and hop to another.

Phospholipase A2 is a highly regulated enzyme that Mahendra studied in depth. By catalyzing the hydrolysis of fatty acids from the 2-position of membrane phospholipids, PLA2 liberates arachidonic acid, a precursor of prostaglandins that in turn initiate numerous important biological processes such as inflammation and pain. Mahendra discovered and studied the mechanism of action of various inhibitors of PLA2. One called MJ33 is a specific, reversible, active site inhibitor of a particular acidic, calcium-dependent PLA2 which makes it a candidate for clinical use in reducing inflammation in lung injury. Ajoene, an inhibitor of platelet aggregation that Mahendra studied with Rafael Apitz-Castro (Venezuelan Institute for Scientific Research), is an antithrombotic compound obtained from cooked garlic.

Throughout his career, Mahendra worked in the laboratory with a technician, perhaps a postdoc, and an occasional, very talented undergraduate student. Two of his undergraduate students each published more than 10 articles working in his lab. Despite having a small group, he was extremely productive, producing many articles, often through collaborations. Among his coauthors are 11 current or former faculty colleagues at the University of Delaware.

Independent of his biochemical research interests, Mahendra was a scholar of ancient Jain philosophy originally written in Prakrit. In this respect, he followed in his father’s footsteps. Of particular interest to him were the concepts of perception and doubt and the logic trees to evaluate them based on incomplete information. Living in Western culture, he was intrigued by the right–wrong binary thinking that lacked the nuance of degrees of doubt and certainty that was embodied in Jain philosophy. He translated long documents into English, interpreted them, and supported digitization of the old manuscripts. He published articles on the subject and posted them along with his father’s work on a website with free access.

Few knew that Mahendra personally founded and financed a primary school in Sadhumar, India, which he would visit each year. He helped to build a hostel at an all-girls school in Rajasthan. In addition, he anonymously supported college education of a number of underprivileged promising students. He believed in the concept of social contract — “giving that keeps on giving” — by inspiring and supporting promising students for their higher education with the hope that those who can eventually afford to will give back by finding other promising students and supporting them for their higher education.

Mahendra had a love for nature and went out for long hikes and camping trips with colleagues and friends. As an avid gardener, he shared a large garden plot with employees of the MIDI Lab a mile from his home. Conveniently, he walked there and back on the Mason and Dixon Trail. His love of cooking used his chemical instincts to experiment with spices and vegetable combinations to create excellent dishes.

After his retirement in 2009, Mahendra continued his research as an emeritus faculty member. He routinely walked the two miles from his house to campus and back every day until health problems intervened. In August 2015, he moved to Sterling, Virginia, where he lived with his nephew Vyom and family. Those of us who visited him there admired his continued active intellectual engagement but lamented his progressive loss of physical stamina. He passed away in his sleep.

Hal White is a professor emeritus of chemistry and biochemistry at the University of Delaware.