Franz Maximilian Matschinsky, a pioneer in the field of glucokinase research and a member of the American Society for Biochemistry and Molecular Biology for four decades, died March 31 in Wallingford, Pennsylvania. He was 90. 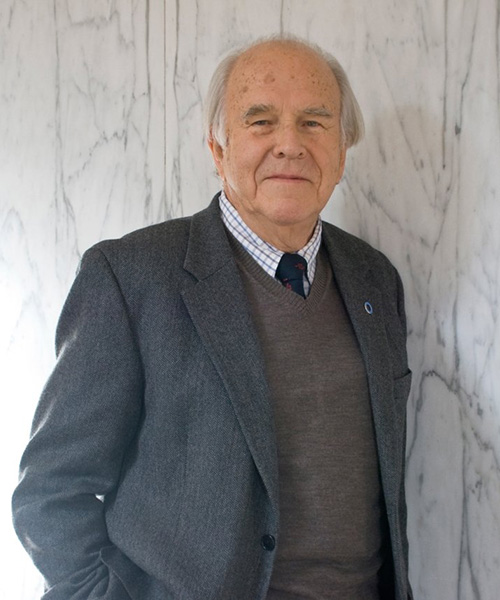 Matschinsky was born July 17, 1931, in Breslau, in what is now Poland, and grew up working on his family’s farm. After World War II, the family fled to a town in what became West Germany where, after graduating from high school, he earned a bachelor’s degree in basic medical science from Albert Ludwig University in Freiburg and an M.D. from Ludwig Maximilian University in Munich. He conducted postdoctoral studies before serving as an intern at a hospital in Hagen, Germany.

In 1963, Matschinsky moved to the U.S. to take a faculty position at Washington University in St. Louis. There, he studied the metabolism of insulin-producing pancreatic islets. In 1968, he and a colleague observed that the enzyme glucokinase, or GK, is present in beta cells, and he discovered GK’s essential sensing role, work that contributed to the scientific understanding and treatment of diabetes.

Matschinsky became a visiting professor at the University of Pennsylvania in 1976 and a full professor there the following year. He spent the rest of his career at Penn, where he chaired the biochemistry and biophysics department and in 1983 was named director of the Cox Institute of Diabetes Research which became the university’s Institute for Diabetes, Obesity and Metabolism.

The American Diabetes Association awarded Matschinsky the Banting Medal for Scientific Achievement in 1995 for his work, and in 2020, he received the Rolf Luft Award from the Karolinska Institutet; his award citation stated that “current knowledge on the role of GK in the beta cell and thereby how GK translates changes in blood glucose concentration into adequate insulin release and thereby regulation of blood glucose homeostasis and why this chain of events is not working properly in diabetes is to a large extent based on work conducted by Dr Matschinsky over the years.”

In his final years, Matschinsky continued to do research and publish articles on the biochemical basis of fuel sensing by pancreatic islet cells. He published more than 300 papers during his career and served as editor in chief of the journal Diabetes from 2002 to 2006. In a memorial article, the U Penn Almanac referred to him as "the father of glucokinase research.”

Matschinsky’s wife, Elke, died in 2019. He is survived by his children, Benno, Tanja Matschinsky Ross, and Stephan; his siblings, Rosel Habel and Benno; and seven grandchildren.