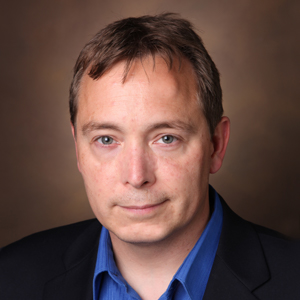 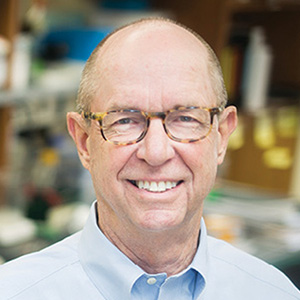 The scientific community suffered a great loss on July 25, when H. Alex Brown passed away at the age of 56 after a long battle with an aggressive cancer. True to everything that Alex was, he retained his focus on science, his love and pride in his family, and an incredibly positive outlook throughout his treatment. Alex Brown was featured in a 2003 Vanderbilt Reporter story on the founding of the lipid metabolites and pathways strategy consortium, known as Lipid MAPS.PHOTO COURTESY OF VANDERBILT UNIVERSITY

The scientific community suffered a great loss on July 25, when H. Alex Brown passed away at the age of 56 after a long battle with an aggressive cancer. True to everything that Alex was, he retained his focus on science, his love and pride in his family, and an incredibly positive outlook throughout his treatment.

The Bixler–Johnson–Mayes professor in the department of pharmacology and interim director of the Vanderbilt Institute of Chemical Biology at Vanderbilt University School of Medicine, Alex was an exceptional scientist, colleague and mentor. He was a leader in the field of lipidomics, the application of analytical chemistry, mass spectrometry and systems biology to lipid profiling in cells and tissues. He helped define the role that the enzyme phospholipase D, known as PLD, plays in intracellular lipid signaling pathways involved in growth promotion, invasive cancers, viral infection and immunology. Beyond his scientific prowess, Alex forged translational collaborations across disciplines and was a champion for quantitative science.

Alex grew up on the east coast of Florida close to the Kennedy Space Center. He attended Wake Forest University and received his Bachelor of Science with highest honors from Florida Institute of Technology and a master’s degree from Syracuse University. Alex received his Ph.D. in 1992 from the University of North Carolina at Chapel Hill working in the laboratory of T. Kendall Harden, where his lifelong interest in the complexities of cell signaling was born. He then pursued postdoctoral training in the department of pharmacology at the University of Texas Southwestern Medical Center with Paul Sternweis.

In 1996, Alex joined the faculty at Cornell University with appointments in pharmacology and biochemistry and molecular and cell biology. There, in 1997, he received the Sidney Kimmel Foundation for Cancer Research Scholar Award. While at Cornell, Alex used electrospray ionization mass spectrometry to develop the field of computational lipidomics in collaboration with Fred McLafferty. Al Gilman, then the director of the Alliance for Cellular Signaling, invited Alex to use this emerging technology to contribute to the AfCS research program.

In 2002, Alex was recruited to Vanderbilt University School of Medicine as the Ingram professor of cancer research in pharmacology, where he served as the director of the glycerophospholipid core for the lipid metabolites and pathways strategy consortium, known as Lipid MAPS, beginning in 2003. Since 2016, Alex had served as interim director of the Vanderbilt Institute of Chemical Biology, known as the VICB, which supports, through research and education, the application of chemical technologies to important biological problems. He was one of the VICB’s first recruits and previously a member of the executive committee. At the time of his passing, Alex was in the midst of executing a grand vision for the VICB that would have united chemistry and biology practitioners in translational endeavors. Alex trained nine Ph.D. students and supervised 13 postdoctoral associates while publishing more than 150 peer-reviewed research articles. He was generous with his time in helping others and in providing service to the research community. He served on editorial boards and publication committees for numerous journals, was an associate editor of the journal Molecular Pharmacology, and organized international conferences on lipid metabolism and signaling. He also served on the editorial board for the Journal of Biological Chemistry and the American Society for Biochemistry and Molecular Biology publications committee.

I, Craig Lindsley, first met Alex when I interviewed for a faculty position in the pharmacology department at Vanderbilt in 2006. I was immediately impressed by Alex’s passion for science and his drive to better understand the diverse roles of his beloved lipid signaling enzyme, PLD. After joining the faculty, I had my first of many lunch meetings with Alex, at which he asked if I thought we could develop selective ligands for the two isoforms of PLD, PLD1 and PLD2. That simple question sparked a 10-year collaboration between our labs that resulted in highly selective, allosteric PLD1, PLD2 and dual PLD1/2 inhibitors that enabled Alex to define the roles of the individual isoforms in oncology and infectious disease. Ten years, more than 2,000 compounds synthesized and assayed, and over a dozen manuscripts later, these small-molecule probes revitalized and revolutionized a stagnant field — held captive by a lack of chemical probes to prosecute — with what is now a high-profile target for drug discovery efforts. Throughout, Alex was an exacting scientist with an unwavering eye toward quantitation. The unmasking of the therapeutic promise of PLD is solely due to his pioneering efforts and vision, and if he had been given more time, there is no limit to what he would have accomplished.

I, Larry Marnett, had the pleasure of collaborating with Alex for most of his time at Vanderbilt. We used his lipidomic methodologies to characterize the mobilization and re-esterification of saturated and polyunsaturated fatty acids in the phospholipid pools of macrophages stimulated with inflammatory mediators. Simultaneously monitoring all the fatty acids moving around in all the phospholipids was amazing to me and analogous to removing the curtains from a mysterious world. We published nine papers from our collaboration; the last one appeared June 14 of this year. We had many conversations during and after his recruitment to Vanderbilt. They were always intense and never superficial; Alex valued details. The conversation that really stands out took place about a year ago. Alex had been working hard to regain funding after the support from various consortium grants had run out. He had written many grant applications on the role of PLD in infection and its potential as a target for antibiotic drug discovery. Over lunch, he said it was frustrating to have grants rejected when there was so much research to do but that he was not discouraged. The experience had forced him to look deeply at his results and priorities, which convinced him that he was not only headed in the right direction but was doing the most important work of his career. He said he felt energized, and not long thereafter he obtained an R01 to reboot his PLD program. Alex had a mental toughness and passion for science that few of our contemporaries display.

Alex’s long-time friend and colleague Stephen Traynelis of Emory University recalls Alex during his graduate and postdoc years. “I consider it an honor and privilege to have known Alex, who enriched the lives of virtually everyone he interacted with,” Traynelis said. “I will always remember the many deep conversations we shared about all aspects of science and life, his unwavering commitment to faith and family, and his impressive work to understand lipid biology. I remember asking Alex late in his postdoctoral fellowship what he planned to do, before he moved to Cornell. Alex replied, ‘I feel like the lipid membrane is perhaps the most poorly understood feature of cells yet the most dynamic. I plan to use the various skills I have learned to take apart the membrane, know all if its components and study its capacity for signaling. I think it will be transformational.’ And he did just that.”

Ken Harden was Alex’s Ph.D. adviser at UNC. “This is such a loss for science and for lipid signaling research in particular,” Harden said. “Alex was a uniquely talented and dedicated scientist — and, oh, how we will miss his robust voice, hearty laugh and wonderful sense of humor.” Alex Brown with his daughter, Lindsey, his wife, Renee, and his son, Kyle.photo courtesy of renee brown

In the past few years, Alex’s research program turned toward infectious diseases, and he collaborated with Paul Thomas at St. Jude Children’s Research Hospital to uncover a novel role for PLD in influenza and other viruses. “Alex was a thorough and creative scientist who was able to see a problem from many angles,” Thomas said. “I was always excited to get a phone call from him, as it meant he had a new idea or new data to share about a project we were working on together. Most importantly, he was a good man who considered mentoring and the integrity of his work as his primary objectives.”

Paul Sternweis, Alex’s postdoctoral adviser at UT Southwestern, summed up what so many feel. “Alex was one of the best!” he said. “As a postdoctoral fellow in my research group, his creativity, unbounded energy, productivity and cooperativity made him a driving force for the whole group. It was a pleasure to see his willingness to vigorously take on daunting problems move him to the forefront of research fields and feed a thriving career. But more than this, Alex was a friend who brought much joy to those around him, including myself. He is truly missed.”

In addition to a research community that mourns his passing, Alex leaves behind his wife, Renee Brown, program chair of the School of Physical Therapy at Belmont University; his son, Kyle, a chemistry graduate student at the University of Wisconsin; and his daughter, Lindsey, an architecture student at Syracuse University.

While his serious demeanor was legendary, outside the lab, Alex was quite possibly the kindest, most generous and family-focused man many of us have ever known. And here is a little-known fact: It took many, many $1 Evan Williams shots at a Keystone meeting to witness it, but Alex had an uncanny ability to impersonate Eddie Murphy. As the whiskey flowed, Alex was transformed, and a large group was privy to a revival of “Saturday Night Live” circa 1979–1982. It was a thing of beauty and completely unexpected.

Rest well — you are dearly missed.

Craig W. Lindsley is the William K. Warren Jr. chair in medicine, professor of pharmacology and chemistry, and co-director and director of medicinal chemistry for the Vanderbilt Center for Neuroscience Drug Discovery. He develops allosteric modulators of kinases, GPCRs and phospholipases to treat CNS disorders and cancer. Lawrence J. Marnett is the Mary Geddes Stahlman professor of cancer research; professor of biochemistry, chemistry and pharmacology; and dean of basic sciences of the Vanderbilt University School of Medicine. He studies the role of polyunsaturated fatty acid oxidation in inflammation and cancer.

Lawrence J. Marnett is the Mary Geddes Stahlman professor of cancer research; professor of biochemistry, chemistry and pharmacology; and dean of basic sciences of the Vanderbilt University School of Medicine. He studies the role of polyunsaturated fatty acid oxidation in inflammation and cancer.