Meet the 2015 recipients of the Distinguished Undergraduate Scholarship

The rich variety of perspectives and experiences that make up a diverse scientific community tend to enhance innovation. Indeed, we can all learn from those with different skill sets and different cultural, educational and social backgrounds. In recognition of the importance of diversity to the scientific and biomedical workforce, the American Society for Biochemistry and Molecular Biology’s Minority Affairs Committee recently launched a new diversity-in-science scholarship. The Distinguished Undergraduate Scholarship was first announced at the 2015 annual meeting in Boston and provides financial support to students who actively promote diversity in biochemistry or molecular biology.

All ASBMB undergraduate members are eligible to apply for the scholarship. Applicants have to explain how they help to build diversity on campus or in the wider scientific community, describe challenges they have overcome in pursuit of their education and outline how the scholarship could help them achieve their career goals.

A panel drawn from both the MAC and the Student Chapters steering committee reviewed applications for the 2015 scholarship. The panel was led by MAC members Lana Saleh and Stacey Slijepcevic, who together spearheaded the development of the award.

The enthusiasm and caliber of the scholarship applicants were impressive, but most striking was the range of activities undertaken to promote diversity. Applicants organized a science-exposure program for inner-city children, tutored first-generation college students in science, technology, engineering, and math, supported lesbian, gay, bisexual, and transgender and disabled students on campus, organized women-in-science networking events, ran a Hispanic scholarship fund, mentored biochemistry students from underrepresented minorities, and volunteered at head start programs for economically disadvantaged children. The applicants’ commitments to fostering diversity were even more notable given the challenges many of them faced pursuing their own educations.

Five Distinguished Undergraduate Scholarships were awarded for the academic year 2015–2016, with each recipient receiving $2,000 toward the cost of tuition. 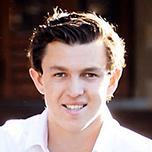 Oropeza is studying biological sciences at the Arizona State University School of Life Sciences, where he also volunteers as a mentor to incoming freshmen. He is a trained emergency medical technician, and in the summer, he volunteers as an EMT for underprivileged communities in Sonora, Mexico. Oropeza is passionate about sharing his background and experiences with those from diverse groups and says he wants to demonstrate that “their barriers are not limitations on what they can accomplish.” He intends to graduate from ASU and then enter a joint Ph.D. and M.D. program. 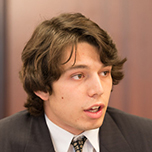 In the spring of 2012, McLean worked with faculty members at the University of Arkansas to found a Hispanic Scholarship Fund scholar chapter. Outlining his work with HSF, Mclean says, “I was responsible for the creation of over 40 on-campus and off-campus workshops designed to promote the education development of students in the area and demystify college to parents who never had the opportunity to attend.” After he graduates, McLean intends to pursue a Ph.D. while developing new techniques to measure accurately metabolites in marine environments and eventually run his own research group. 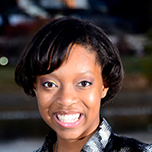 Through her participation in the Meyerhoff Scholars Program, Bracey performs science outreach with school children in Baltimore County. “We work to create programs for these students, show them everything cool about science to keep them interested and help them excel academically,” she says. Bracey wants to pursue “an M.D. /Ph.D. degree in an area between chemical biology and clinical pharmacology, which will later be applied to a career in research.” 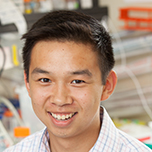 Over the past two years, Cheung has acted as a peer mentor to more than 100 students as part of the Health Sciences Learning Community at St. Louis University, and shortly he will be returning to the program as a resident adviser. After graduation, Cheung plans to pursue an M.D./Ph.D. and become a physician–scientist. This was not the path that he initially envisioned for himself. “I originally wanted to become a physician and only began working in a lab as a way of ruling out the idea of research,” says Cheung. “Little did I know that this is where I would find my interest: in basic science and clinical research.” 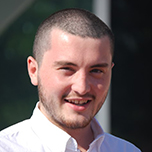 In his time at Texas State, Reyes has volunteered with several programs to promote science careers to the Hispanic community. He has visited schools in predominantly Hispanic neighborhoods to explain how research works and community colleges to talk to underrepresented students about continuing their education. Outlining his future ambitions, Reyes says, “I plan to attend a United States medical school and continue taking part in research while pursuing a Doctor of Medicine degree. After receiving this degree and completing my residency with a focus in internal medicine, I hope to practice medicine while simultaneously performing research.”

Congratulations to all the 2015 scholarship recipients! The MAC will invite applications for academic year 2016–2017 scholarships in the spring of 2016. For more information, click here.