Guido Guidotti, a professor of biochemistry at Harvard University who studied the functions of proteins within membranes in transport and signal processing, died April 5 in Newton, Massachusetts. He was 87. 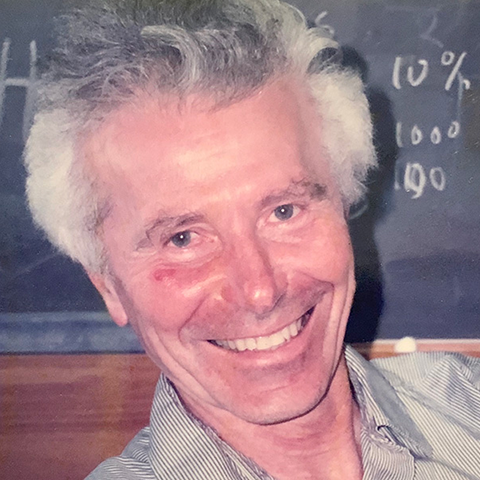 Born Nov. 3, 1933, in Florence, Italy, Guidotti spent most of his early life in Naples. After World War II, he visited Illinois as an American Field Service student. He returned to do premedical studies at Milliken College, then earned an M.D. at the Washington University School of Medicine in St. Louis. He was an intern and resident at Barnes Hospital before earning a Ph.D. in biochemistry from Rockefeller University. He took a position at Harvard in 1963 and remained there until his death.

In his early research, Guidotti used his own blood to determine the sequence and biochemical properties of hemoglobin before moving on to the study of membrane proteins. He identified structures and topologies of numerous proteins and enzymes as well as studying hormone regulation of membrane protein activity. He discovered that the protein CD39, in the cell membrane, hydrolyzes extracellular adenosine triphosphate, ensuring that this extracellular ATP is present at an appropriate concentration.

Nancy Kleckner, Guidotti's wife and a Harvard colleague, wrote in a remembrance, “From the perspective of the outside world, Guido's scientific work was seminally important in many respects … Guido's research was motivated only by his intellectual curiosity, his delight in figuring out how life works, and his joy in enabling the work and lives of the people he trained and with whom he worked. Scientific credit was not a priority.”