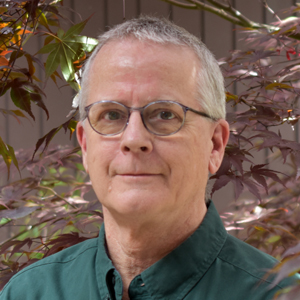 Cell biologist Beverley Rabbitts says that in the just over a year she’s been at Washington State University, “I’m 100 percent out to everybody. That’s the great thing about starting a new chapter in my life.” 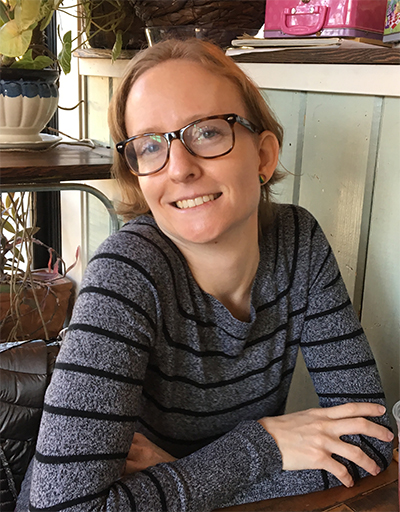 By the time she got to Pullman, Rabbitts had already written several chapters in her rich life. The scientist crisscrossed the continent multiple times. It was off to the East Coast for a Ph.D. in pharmacology and molecular sciences at Johns Hopkins. She then came back to the far west for a postdoc at Seattle Children’s Research Institute before returning to Maryland to take a second postdoc at the National Institutes of Health.

“I’ve had other positions and come out in the process and it’s been much harder. People feel like they know you and then you tell them something and they realize they didn’t know you. But it’s just in their minds, because they were making assumptions about what I do in the privacy of my home — but people feel like they need to know these things before they really know you.”

But, she says, she doesn’t hold that against people, because we all do it. “I’m on a dating app, and you want to know, is this person trans, gay, straight?

“People have all these labels,” she continues, “bisexual, pansexual,” a whole rainbow of identities, orientations, and ways of expressing gender. In some contexts, labels can give a sense of identity or belonging and open up worlds of possibility and expression, but at the same time, she says, they tend to exclude people and choices and possibilities.

Rabbitts says she never knows “what word to give you, so I use the word ‘gay’ a lot, because people know that means ‘not straight.’ For a while, I used the word ‘queer,’ taking that word back — it used to be an insult — but straight people get scared when they hear that word. They don’t know what it means or if they’re allowed to use it. So I use gay even though it usually applies to men.”

Questioning assumptions, especially those about what we construe as “normal,” is important to Rabbitts because “you never know who is going to walk around the corner and shake up your idea of who you think you are.”

Maybe, she muses, people who think they’re straight simply haven’t yet met the right person to have their assumptions challenged. In any case, she adds, “Early on, I just happened to meet and be attracted to both men and women. Certain characteristics were always more important to me than gender — that’s not the first factor by which I categorize people. I mean, different people are attracted to different things. And how do you know how that works? Maybe to other people it looks confusing, but to me it wasn’t.” 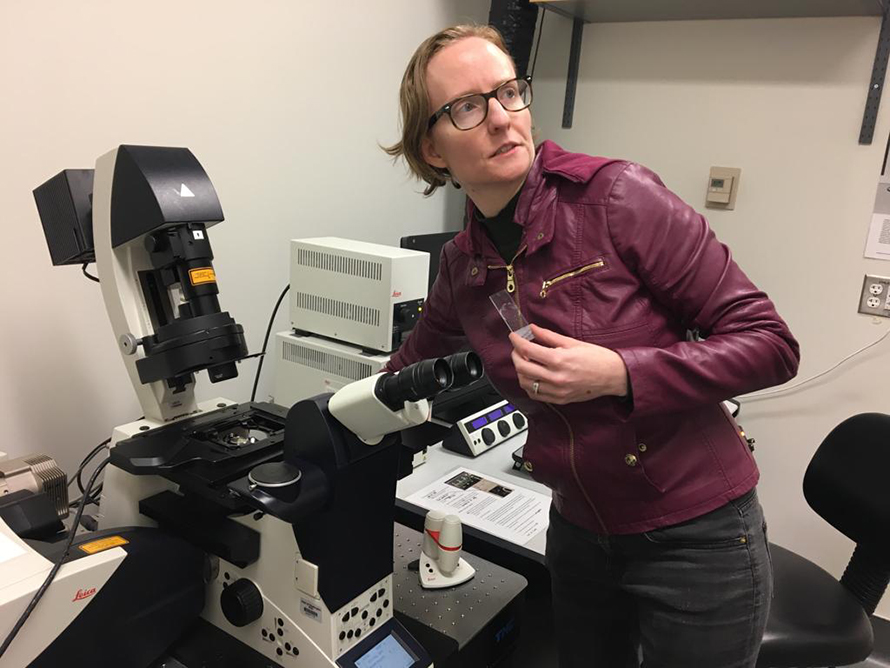 Beverley Rabbitts
Beverley Rabbitts is an assistant research professor charged with teaching the local integrative physiology and neuroscience community how to use the highly sophisticated equipment housed in the state-of-the-art Veterinary and Biomedical Research Building.

More critically, she points out, “People don’t seem to realize you can change boxes. In addition to wanting to label you, they want you to stay in that box, and to look how that box looks—and you can’t just change one day! But people do change. Trans people may not have been trans their whole lives. Things change. I had a husband, then I had a wife. We’re all trying to discover who we really are.”

It’s probably obvious to someone like Rabbitts, who studies life processes at their most basic, molecular levels, that living is a process of evolution: “People change careers, they move, they start as an East Coast person but then become a Pacific Northwest person. Maybe you used to root for the Huskies and now you like the Cougs. How controversial is that! That’s nothing compared to being gay!

“You’re allowed to change!” she says with fired-up emphasis.

“Babies are born healthy but then struggle as it affects different systems. By the time the kid is a couple years old, they’re dying. And it’s really hard to diagnose, as it is so complicated. Working at the Children’s Research Institute was so different from being at a university,” she says, because her work was directly applicable to patients being seen at Children’s Hospital. “That was the first time I ever experienced that, and I got to know two families really well. The kids are so cute and playful even though they are suffering so much.” Parents were hopeful that the research Rabbitts and her colleagues were conducting might help kids someday — even if not theirs. “It was amazing and inspiring.”

At the NIH, Rabbitts studied how energy yield is regulated in the heart. “The heart is also a mitochondria-rich organ,” she says. “Proteins make energy and keep the heart pumping, but we don’t really know how they communicate. We know the steps in the processes but not how the whole system is orchestrated to produce the right amount of energy at the right time. Everybody’s heard of mitochondria, the powerhouse of the cell — but who’s the CEO of that company?”

At WSU, Rabbitts is up to something completely different. She’s an assistant research professor charged with teaching the local integrative physiology and neuroscience community how to use the highly sophisticated equipment housed in the state-of-the-art Veterinary and Biomedical Research Building. Rabbitts enjoys drawing on her lab expertise to help coach grad students and post-docs as they apply cutting edge technologies to their variety of fascinating research projects. 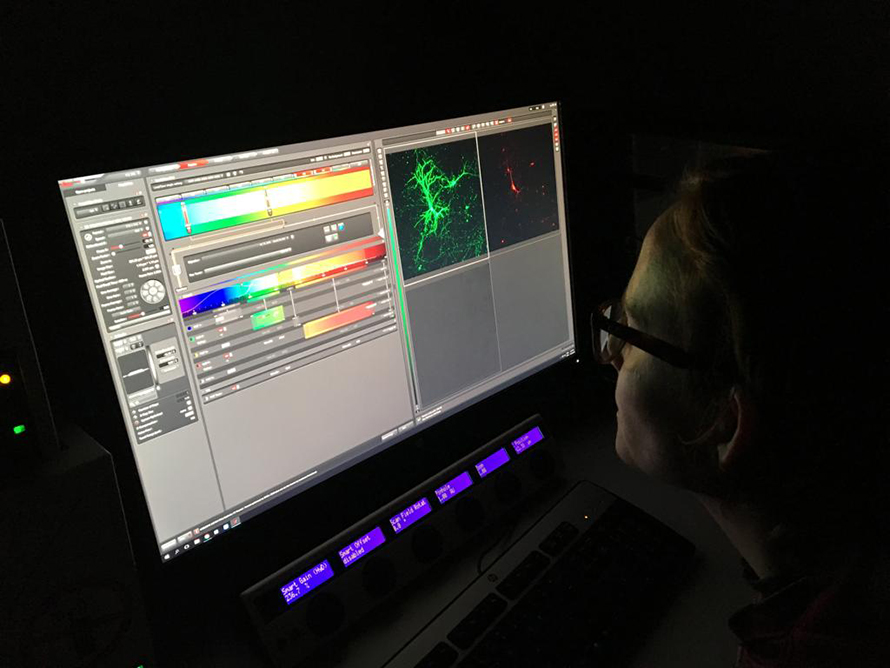 Beverley Rabbitts
Beverley Rabbitts enjoys drawing on her lab expertise to help coach grad students and postdocs as they apply cutting-edge technologies to their variety of fascinating research projects.

Following her passion for science has indeed led to changes in both her career and her personal life. But a lot of our perception of change may be simply based on what we know and assume of others.

“If I bring a butch bartender to a BBQ, and then bring a manly wheat farmer to the next BBQ, that’s not me changing, that’s you changing the box you put me in,” she says by way of illustration. “But the box was never a real thing, anyway. You can’t tell people not to put others in boxes, but we should bear in mind that the box is just penciled in, so keep the eraser handy.

“It’s probably good for people to remember that we have a lot more in common with each other than not,” Rabbitts observes — something that is true in molecular biology as well. “And it’s great to talk about the differences, that’s what makes life interesting, but the differences shouldn't be what causes us to engage in struggle and strife. Life has a lot of suffering already. We don’t have to invent things to fight over.”

This story was written by a volunteer member of the Washington State University President’s Commission for Gender Identity/Expression and Sexual Orientation. Composed of members from the entire WSU system, the Commission seeks to raise awareness of the needs and concerns shared by the LGBTQ+ community. It is republished from the WSU Insider. Read the original here.

Writer and musician Brian Charles Clark often works at the intersection of science and social justice. The author of a science fiction novel, several collections of poetry, and numerous science articles, Clark was educated at the University of California, San Diego and the University of Idaho and lives in eastern Washington.