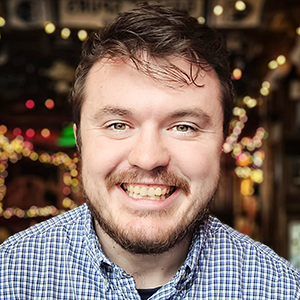 When COVID-19 forced much of the world into lockdown in early 2020, Nicanor Austriaco was on sabbatical in the Philippines, his native country, halfway around the globe from his home in Rhode Island. Although he has spent much of his career studying molecular processes of cell death, he immediately pivoted to help that country’s government forecast and address trends in the pandemic. 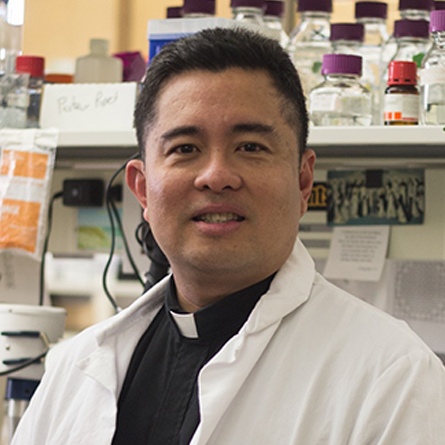 Changing course is nothing new for Austriaco, who in 1996 just had completed his Ph.D. in molecular biology when he felt called to the priesthood. In the years since, he has balanced faith and science, living as both a scientific researcher and a Dominican priest in the Catholic Church, and he says his experience as “a geek for God” prepared him for the challenge of the SARS-CoV-2 virus.

An encounter with God at MIT

Austriaco’s journey has been anything but typical, though he started out on a traditional track for a researcher. Born in the Philippines, he grew up living in Thailand and Malaysia with his parents, who were professors.. He came to the U.S. to pursue a bachelor’s degree in bioengineering at the University of Pennsylvania and then did doctoral studies at the Massachusetts Institute of Technology under Leonard Guarente, working to understand the biology of aging.

“If you had asked me then if I would ever be a priest, I’d have said you’re nuts,” Austriaco said.

Just when he thought he would get serious with his girlfriend and continue his professional development in the field of cancer research, a religious revelation changed his life. An encounter with God during his final year at MIT caused him to change his plans and gave him a deeper understanding of the meaning behind the Catholic life he already was leading.

Austriaco already had accepted a postdoctoral fellowship at University College of London with the Ludwig Institute for Cancer Research, so he went to London. However, less than a year into this fellowship, he resigned the position to join the Dominican order and returned to the U.S. to attend seminary in Washington, D.C.

After he earned his bachelor’s and advanced degrees in sacred theology and was ordained, leaders of the order sent Austriaco to Providence College in Rhode Island (a Dominican university) to teach and set up a research laboratory. He finished a doctorate in theology in 2015 and now serves as professor of both biology and theology at the college.

Austriaco mentors almost a dozen undergraduate students researching processes of cellular death and studying the pathology of alpha-synuclein in Parkinson’s disease. His lab studies these molecular processes using the common budding yeast Saccharomyces cerevisiae, with which he has extensive experience from his time as a doctoral researcher at MIT.

Compared to human cells, budding yeast is an easier model for understanding cellular death, as it has only one homolog of an endoplasmic reticulum–localized calcium channel called Bax inhibitor-1, or BXI1, an anti-apoptotic protein that is upregulated in many forms of cancer. Austriaco and his team take advantage of this amenable nature, genetically altering budding yeast to study the mechanism of BXI1 and its relationship to cell death in yeast and bacteria.

Pandemic work in the Philippines

Austriaco is also on the faculty at the University of Santo Tomas in the Philippines, where he teaches cell and molecular biology in addition to theological research. While on sabbatical in early 2020, he began helping his country using real-time data to establish epidemiological models that would forecast COVID-19 cases and trends in the pandemic. These models, called DELPHI (short for Dynamic Early warning by Learning to Predict High Impact), initially were developed at MIT, and Austriaco then altered them for the needs of the Philippines. They proved useful in that country’s early efforts to understand the virus — so much so that in 2021 the government asked him to be part of the vaccine rollout.

With a significant shortfall of vaccines around the world and limited supply in poorer countries, Austriaco and his teams in both Rhode Island and the Philippines developed a second epidemiological model to analyze the geographical distribution of vaccines and develop a nationwide strategy based on the fact that much of the country’s population lives in the National Capital Region of Manila and eight other metropolitan areas and that the earliest waves of COVID-19 always began in the capital before spreading throughout the archipelago. The strategy, called NCR+8, was to vaccinate these regions first, thereby indirectly protecting the rural population.

“The Philippines has every single type of vaccine at the moment due to a scraping of the bottom of the barrel,” Austriaco said. “It became key to understand who to deploy them to first, and which populations.”

The national government of the Philippines adopted the strategy, and now every adult in the capital is vaccinated. Vaccinating people in the countryside has been more challenging, and population distribution has not been the only issue.

“Only 44% of Filipino families own a refrigerator,” Austriaco said. “Imagine what a lockdown for two months was like under these circumstances. … No student in the Philippines has gone to school for two years.”

Families live in multigenerational households, he said, so allowing the young to go out and be exposed to the virus would risk the lives and safety of their elders — “the wealth and memory of our society.”

People willingly sacrificed their personal freedom for the greater good, he said, and Filipinos are resilient. “I guess it helps when you have 20-some hurricanes a year. Their motivation for staying locked down is love, not just simple compliance with public policy.” 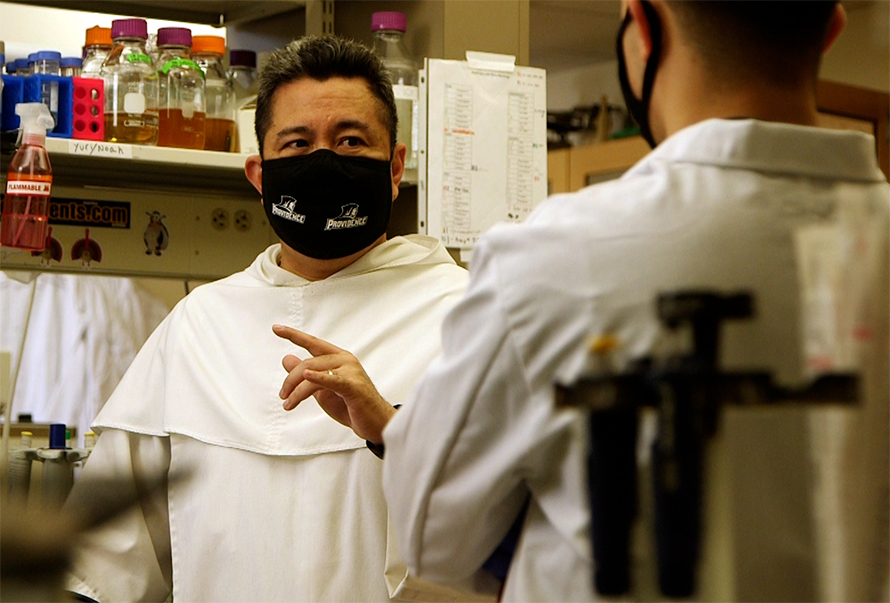 Courtesy of Nicanor Austriaco
Since the pandemic began in 2020, Nicanor Austriaco has been working to develop a yeast-based vaccine and help control the spread of COVID-19 in the Philippines.

Austriaco’s efforts during the pandemic go beyond public health modeling. Using his knowledge of genetic modification of yeast, his research teams are working to develop a vaccine using the probiotic Saccharomyces boulardi.

His lab now has the RBD expressed in boulardii for the Wuhan, alpha, delta and omicron strains, with other variants to be produced as they are identified. The vaccine candidates, made at Providence College, are being tested in animal models in the Philippines.

“We’re developing an oral vaccine that you can put on the shelf for two years,” Austriaco said. “We are planning to finish the first animal trials by the end of March.”

In recent months, the Philippines has moved the NCR and several other provincial regions to the lowest alert level, allowing many businesses as well as research laboratories to reopen. Despite this, Austriaco and Philippines officials who never have been through the process before still have much to learn about the regulatory side of developing vaccines.

“The Philippines has never really locally developed a vaccine, so there are learning phases on the regulatory side,” Austriaco said. “The goal is to make the Philippines vaccine-independent for future pandemics.”

For Austriaco, the process is not just about developing a vaccine but also about building new infrastructure and regulatory policy in his homeland. “This is why I am willing to invest whatever it takes,” he said.

Like many other scientists, Austriaco believes the omicron variant paves the way for substantial immunological protection, and he sees a clear trajectory for COVID-19 to move from pandemic to endemic. His passion for learning and his faith have kept him motivated.

“My inspiration for this (work) comes from walking around praying the rosary and seeing the destruction that the pandemic has brought to my people,” he said. “Many have gone from poverty to extreme poverty. All the work that I do is for them, who have no voice. The sooner we get out of this pandemic, the sooner that all of us, in particular my poorest brothers and sisters, can begin to recover their lives.”

He also has a message for the American people: “Appreciate the blessings that you have had. So long as the pandemic persists in the U.S., it is a threat to the Philippines and other poor countries around the world. Let’s all try to have a global perspective that will have us become a part of the global solution.”