Pivoting to transform a pandemic classroom

Shana Stoddard grew up no stranger to science. The daughter of a physician and a former dietician (now a lawyer), she heard frequent discussions of chemistry and biology around the house and at the dinner table. 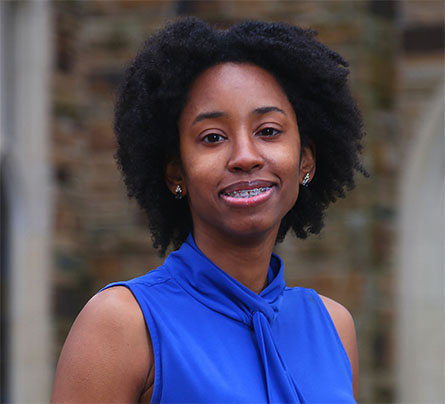 “We (once) asked our dad if food goes down a person’s throat because of muscles or gravity,” she said. “He took my youngest sister, turned her upside down, and we gave her some food, asking, ‘Did it go down? Then it can’t be gravity!’”

Stoddard’s passion for scientific research was ignited before her senior year of high school. During a summer research fellowship at the National Institute of Diabetes and Digestive and Kidney Diseases, she got to work side-by-side with leading researchers and physicians, eventually presenting her research to peers and scientists in Washington.

“I loved talking about science,” Stoddard said. “When they flew me out to D.C. to do the research presentation … it was like, wow, I could actually do this research thing.”

In 2013, Stoddard received her Ph.D. in chemistry from the University of Mississippi, and after a short postdoc with St. Jude Children’s Research Hospital, she joined Rhodes College in 2015 as a William Randolph Hearst teaching fellow. Two years later, she became an assistant professor in the chemistry department.

Research in Stoddard’s lab is diverse due to her numerous passions, ranging from protein structure modeling and analysis to developing novel therapies for autoimmune disorders such as primary membranous nephritis, or PMN, an incurable, kidney-specific condition that can lead to end-stage renal disease. The PMN research is of personal importance; Stoddard’s mother has this disease.

“Watching her struggle, and wanting to fix it, became the driver of my overall research,” she said. “It has taken my research to different directions — learning more about the kidneys and trying to find new ways to approach autoimmune disease treatment.” 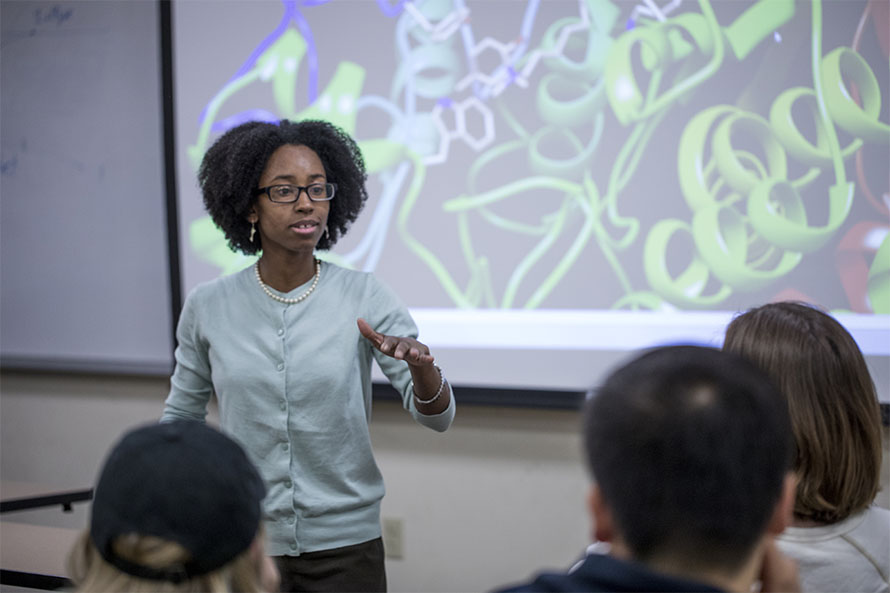 Stoddard’s lab combines engineering, biochemistry and computational methods to profile the structure–function relationships of proteins in PMN with the goal of developing immunotherapeutics, she said. “We’re trying to find a way to trick the immune system into thinking the disease doesn’t exist, rather than trying to induce tolerance.” 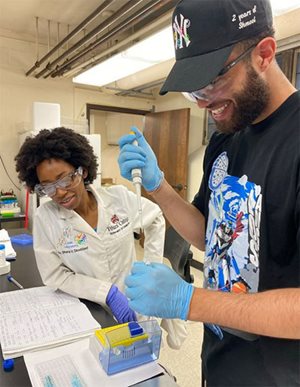 The lab was able to predict where the immune system targets the PMN protein THSD7a using computational homology modeling. This project led to their focus on the thrombospondin superfamily of proteins, of which THSD7a is a member.

When the pandemic threw up roadblocks to her work starting in March 2020, Stoddard used her knowledge of bioinformatics and molecular biology to transform her courses and take her students through the process of drug design and molecular modeling. 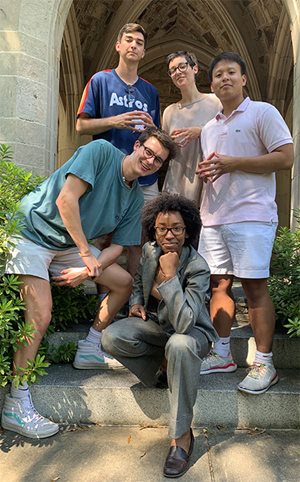 “I didn’t want my students to have to sit and watch videos of lab work,” she said. “I decided we’d do bioinformatics (using) the available data on COVID-19 receptors.”

Her students’ work on the SARS-Cov-2 virus resulted in publication of a paper in the journal Viruses. After the success of her virtual teaching design, Stoddard began to incorporate bioinformatics research into her biochemistry and advanced biochemistry courses, giving students an opportunity to see how the science in their books can and does translate to the real world. This has resulted in students designing peptide-based antivirals for COVID-19 infections and having their work published in the journal Biophysica.

A champion of diversity and inclusion, Stoddard started an unofficial STEM mentoring program in 2017 at Rhodes College that focuses on students from underprivileged and diverse backgrounds. This program has grown significantly; starting with one student, it now has served 125 students. In 2021, Rhodes officially translated the program from an individual faculty initiative to an institutionally supported program called the STEM Cohort Mentoring Program.

Stoddard has created a structured method to train mentees, including the concept of a mentoring roadmap. At Rhodes she is facilitating faculty development around mentoring as the inaugural director for student mentoring; in some of her work, she and her colleagues or students work together to promote healthy lab culture and learning.

“I know that my purpose is to draw out people’s potential,” she said. “In every moment and in every interaction, that is what I am trying to do.”

Stoddard received the 2021 Council on Undergraduate Research Health Sciences Division Mentor Award, which recognizes transformative mentoring by faculty, as the early-career awardee. She uses mentoring in all aspects of her life, including research, teaching and outreach.

“Mentoring is a mindset,” she said. “How can we choose to pour into people so they can be the best they can be. I’m not a ‘meet you in the middle’ because that implies an even playing field on both sides — I will meet you where you are.” 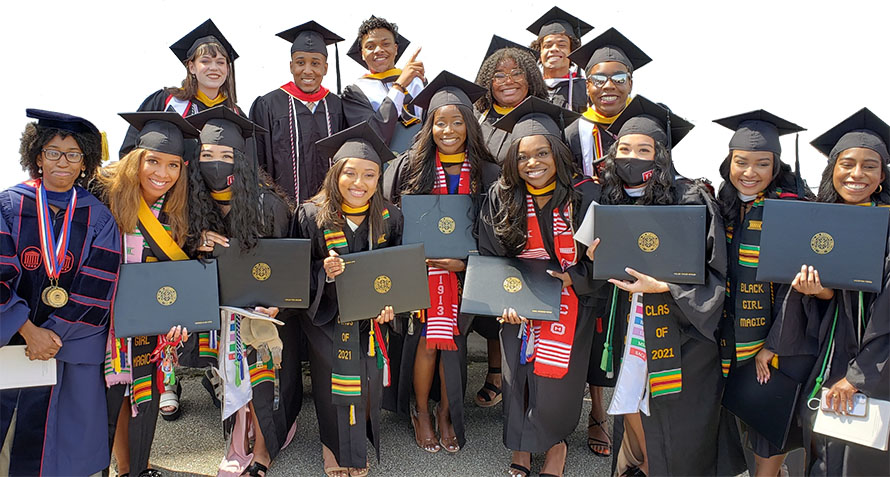 Shana Stoddard
Stoddard, at left, celebrates with the first graduates of the STEM Cohort Mentoring Program she spearheaded in 2017.