ASBMB Today People Jura is inspired by her grandmother, a ‘true pioneer’
Award

Jura is inspired by her grandmother,
a ‘true pioneer’

When she was a child, Natalia Jura traveled from Krakow to northern Poland to spend the summer months with her grandmother. Her grandmother was a pharmacist, and she gave Jura small tasks to help serve her customers. Jura learned how to weigh and mix chemicals for her grandmother’s formulations. She became curious about how the medicines worked. 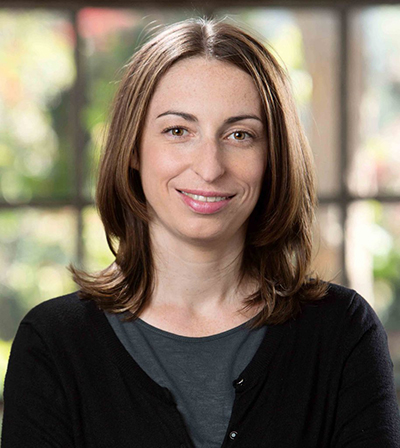 “I wondered, ‘How does she know what to mix so that people get better?’” Jura said.

Jura now considers her grandmother a true pioneer. After leaving university to have children, Jura’s grandmother returned to finish her degree and become a pharmacist. Her determination and ambition inspired Jura to take on new challenges.

“She would always tell me, ‘Your brain is your biggest asset,’” Jura said. “Growing up as a girl, that was an important message.”

Jura created a home laboratory. She tested acids and bases with pH indicators and observed the color changes. Her mind thrived on figuring out how things worked.

Jura’s scientific interests grew stronger throughout school, so she pursued a master’s in molecular biology from Jagiellonian University in Poland. Though the university had little funding, Jura’s professors carved out projects to give their students research experience. Jura learned that she could accomplish goals in science even when resources were sparse.

Jura earned her Ph.D. in molecular and cellular biology at Stony Brook University in New York. She then entered the world of structural biology as a postdoc at the University of California, Berkeley.

Now an associate professor at the University of California, San Francisco, Jura said she is grateful for the collaborations she has built since she started her lab in 2010.

“The ultimate beauty of science is when we team up and work together on something.”

Natalia Jura aims to understand how cells communicate with each other and the environment. Her lab addresses this question by studying the structure of single-pass transmembrane proteins, which serve as cell surface receptors. Receptor tyrosine kinases, or RTKs, represent leading clinical targets since they are often hijacked by cancers and viruses. The long-term goal of Jura’s lab is to develop therapeutic strategies to target these receptors in human diseases.

RTKs eluded structural investigation for many years because they are difficult to express and analyze via X-ray crystallography. Jura’s lab developed techniques to improve the purification of these receptors. They use cryo-electron microscopy to study different conformations of the proteins. One goal of Jura’s lab is to reconstruct the architecture of RTK signaling complexes to understand how they promote cell proliferation, division, movement and other crucial processes.

Jura’s lab also studies the molecular and structural mechanisms by which pseudokinases communicate signals. These highly conserved proteins evolved parallel to catalytic kinases, and they represent another important group of disease targets. Although pseudokinases are members of the protein kinase superfamily, they primarily utilize noncatalytic mechanisms for signaling. Jura hopes that understanding the structure and function of these proteins will open doors for development of inhibitors to target pseudokinases linked to disease.

Natalia Jura is the inaugural recipient of the ASBMB Early-Career Leadership Award honoring an individual who is an associate professor, assistant professor or equivalent with a strong commitment to advancing the careers of women in biochemistry and molecular biology along with demonstrated excellence in research, discovery and/or service. Due to the cancellation of the 2020 ASBMB Annual Meeting, this award will be presented at the 2021 ASBMB Annual Meeting in Indianapolis. 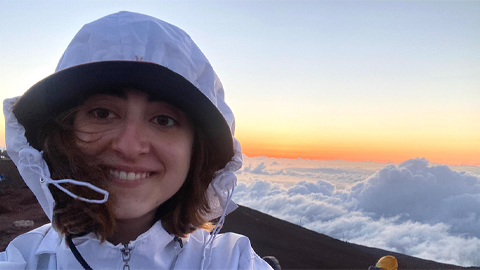