From the Perseverance rover landing on Mars to a record-shattering vaccine timeline for COVID-19, scientific developments continue to amaze us by pushing boundaries and bridging the gap between imagination and reality. And from NASA's stunning pictures of the Martian landscape to electron microscopy images of the viral capsid, striking visual displays often bring the unseen facets of our world around us to life. 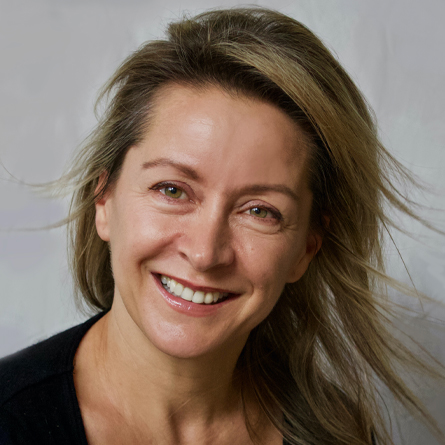 Courtesy of Erica Tandori
As artist in residence at the Rossjohn lab in Melbourne, Australia, Erica Tandori creates tactile 3D models to communicate biomedical research. "I would like to create a working environment so that disability is irrelevant and is not treated as a deficit," she said.

How can these visual marvels be re-created for individuals with low vision or who are blind? An initiative known as sensory science aims to make the results of research accessible in new ways.

This accessibility forms the crux of Erica Tandori's work. A legally blind artist, researcher and academic, Tandori strives to make science inclusive for all. By exploring the intersection of art, vision loss and science, she creates multisensory displays to articulate the findings of biological research.

As artist-in-residence at Jamie Rossjohn's laboratory in the Monash University Biomedicine Discovery Institute, Australia, Tandori captures the scientist's research in tactile sculptures designed for the low-vision and blind community. Topics to date have included infection and immunity, and cancer biology. She describes her large-scale models of sometimes invisible phenomena as "delicious and juicy artworks."

Nuances between brain and vision

Tandori's life story inspires her mission. She grew up in a family that owned a successful art business, so fine arts were a natural career aspiration. During her first year in art school, she was diagnosed with Stargardt's disease, a genetic form of macular degeneration that leads to the progressive loss of central vision. The diagnosis came as a shock and led to an abrupt halt in her art education. Tandori pursued acting and singing for a few years. But art was her calling and passion, and she returned to school to pursue a formal arts education. 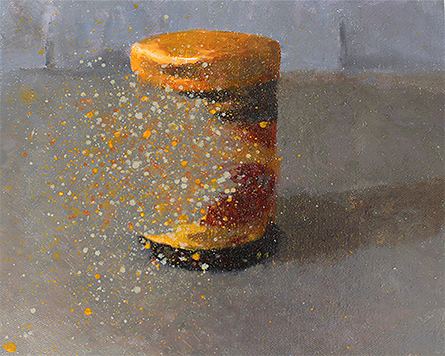 As a part of her doctoral research, Tandori focused on her lived experience of blindness. This choice was driven by the huge gap between perceived notions of blindness and the reality of how low-vision individuals see the world.

"The doctors can look into my eyes, but they can't see through my eyes and relate to the delicate nuances between my brain and vision," she said. "They assume that I might be seeing a central black spot (called a scotoma) due to the dead macular cells. In reality, cortical completion takes charge, and my brain fills the scotoma with color and patterns. Vision loss is gradual and dynamic."

Few artists can depict the process of vision loss, Tandori said, so she attempted to create an accurate picture of her vision loss. The aim was to provide a direct comparison of the images she perceived to those seen by a person with perfect vision. With a digital camera, she created an image as seen by a normal eye. She then modified this template with digital and conventional tools to resemble what she saw.

Her research brought together two disparate institutions that study a common topic — the eye. The department of ophthalmology at the University of Melbourne studies the eye "outside in," and the Victorian College of the Arts studies the eye "inside out," she explained.

Tandori's broader goal was to bring the lived experience of people with disabilities into policy-driven discussions of workplace inclusion and creating suitable work environments and opportunities.

Sharing science across the spectrum

The Monash Sensory Science Initiative was a brainchild of Jamie Rossjohn, professor of structural immunology  at Cardiff University, head of the Infection and Immunity Program of the Monash BDI and laureate fellow of the Australian Research Council. The idea stemmed from a broader aim of disability inclusion. 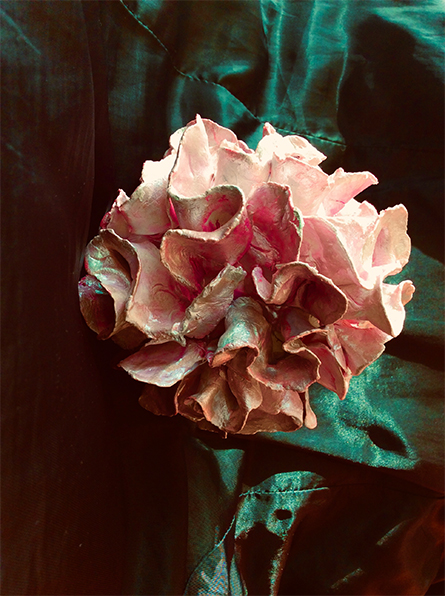 In 2018, Rossjohn was thinking about organizing an exhibition to communicate the nature of biomedical research to the blind and low-vision community. He proposed this to the nonprofit Vision Australia, and they were enthusiastic about it. As luck would have it, he was connected to Tandori, who was in search of an opportunity, and Rossjohn recruited her as a part of this initiative. The first exhibition involved tactile 3D models, 2D graphic displays and olfactory displays with text in large-print and braille formats. It transported the audience to a life science wonderland. This paved the way for several successful exhibits.

"I want it to grow and for other institutions to take this up and increase participation for broad spectrums of the community," Rossjohn said. "We need to open the doors for everyone. Great ideas can come from anywhere."

Tandori recently collaborated with interaction designer and video artist Stu Favilla on the HIV Capsid Data Projection project, an interactive sculpture of viral RNA coated in a protein capsid that can be explored both on the outside and by climbing inside. Its hexagonal cardboard tiles are smothered with millions of tiny foam balls to mimic the texture of the viral surface. To capture dynamic viral mutations, computerized color-coded patterns synced to music were projected on the sculpture. The tactile component coupled with the sensory outputs, providing an elevated sensory experience.

The world contains a rich diversity of patterns and textures waiting to be unraveled, Tandori believes. “We are in a continuum of discovery,” she said. “If we look back at the scientific discoveries of the ancient civilizations, we are echoing from the past and building on the greatness of our predecessors.”

Using a blend of natural and hybrid materials, she has made another HIV capsid with couscous and chicken wire and a yeast cell with yeast and dough. She took her multisensory approach to the next level by incorporating an unpleasant-smelling fruit in a smallpox sculpture.

“None of us can see the cells with our naked eye — in that, all of us are blind,” Tandori said. “We use powerful technology like synchrotrons and microscopy to extrude the images on screen. I am adding another dimension to it through my work.”

And the experts in those technologies also are impressed by her work, she said. “The scientists marvel when they hold the cellular models of the organisms that forms the crux of their research in their hands.” 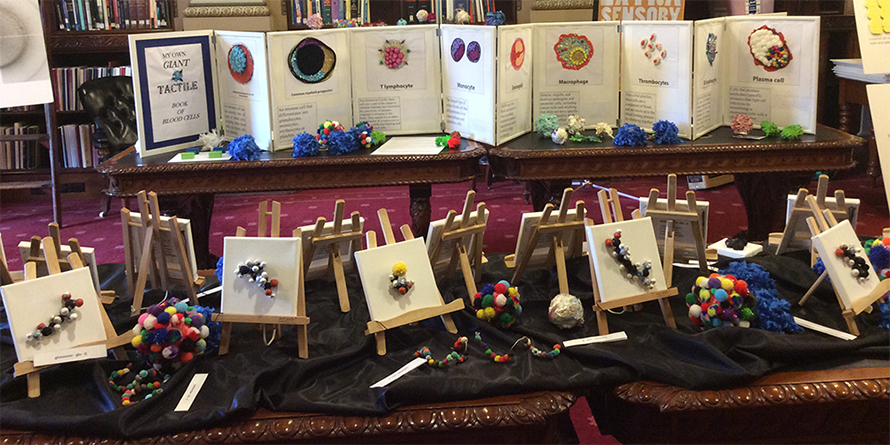 Courtesy of Erica Tandori
These touchable representations of scientific phenomena were created for ExtraSensory, an exhibition at Monash University.

Tandori’s future projects include what she calls an exhibit in a book. Keeping the ongoing global pandemic in mind, these books contain laminated pages and interactive tactile models that can serve as personal displays — no exhibition space needed. She also is working on a multisensory COVID-19 sculpture and an initiative to make art in museums accessible to the low-vision and blind community.

Though optimistic about the future, Tandori believes that there’s much more work to be done in the sensory science and science inclusiveness space. For now, she aims to reach and impact more people through her work. She stresses that engaging people with disabilities in discourse around science outreach will be a great equalizer and affect their lives in a powerful way.

“I want to strive to make science accessible and super-inclusive irrespective of socioeconomic factors,” she said. “I would like to create a working environment so that disability is irrelevant and is not treated as a deficit.”

She recalled meeting a blind indigenous girl during an exhibition in Perth, Australia. “She was very smart and aimed to become a chemist. Why should vision be a barrier to her dreams? I hope to help young minds like hers through my work.”