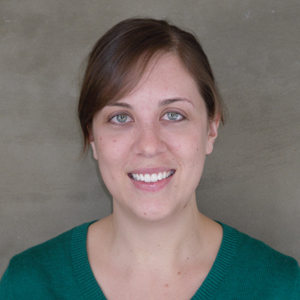 Todd Yeates, professor of biochemistry at the University of California, Los Angeles, won the 2016 American Society for Biochemistry and Molecular Biology’s DeLano Award for Computational Biosciences for his exceptional contributions to the field of computational structural biology. 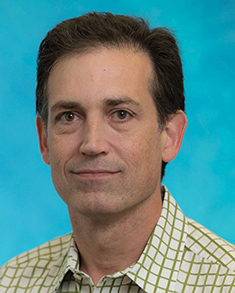 "It is a special honor to be recognized by an award named for someone who made such a broad impact at the intersection of molecular biology and computing. Warren DeLano’s vision to help others understand and appreciate macromolecular structure is an enduring legacy." — Todd O. Yeates

The DeLano Award is presented to investigators who develop accessible and innovative computational applications to advance the life sciences. Yeates has developed a number of computational tools widely used by the structural biology community in the areas of protein structure analysis, crystallography, comparative genomics, bioengineering and protein design.

One of Yeates’ first major contributions was the computational program ERRAT, which validates the accuracy of protein structures. ERRAT has become a powerful tool for interpreting and refining X-ray crystallography data, is accessed on the UCLA Web server by researchers about 8,000 times per month, and has been cited more than 1,000 times.

Another widely used computational method he developed addresses the complex crystallography problem known as twinning. Twinning is the symmetrical intergrowth of two separate crystals, and Yeates’ algorithms for analyzing these problematic crystals can be found in a multitude of available software programs. Exemplifying a key element of the DeLano Award, Yeates made the algorithms available to the community long before they were included in software packages.

Additional computational methods developed by Yeates and made accessible to the community include tools for making functional predictions about proteins from genomic data. These have had broad impacts on the field of comparative genomics, and the original paper on protein phylogenetic profiles has received more than 1,700 citations.

Yeates received his Ph.D. in biochemistry from UCLA in the lab of Douglas Rees, where he played a key role in determining the crystal structure of the Rhodobacter sphaeroides photosynthetic reaction center. Rees wrote in his letter of support for Yeates' nomination for the award that Yeates is an “exceptional structural biologist with a unique focus on theory, experiment and computation.” Yeates went on to complete his postdoctoral fellowship at The Scripps Research Institute, where he was later made an adjunct professor. In another letter of support, his Scripps colleague Ian Wilson said that Yeates’ “teaching of the most complex subjects in crystallography and structural biology is exceptionally clear and profound” and that he considers Yeates the “go-to guy” for difficult protein structure determination or analyses.

Yeates continues to develop innovative and novel computational approaches to address issues in structural biology. His most recent work involves designing proteins that self-assemble into complex structures, such as cubic cages. As David Eisenberg at UCLA stated in his nomination letter, this work “will surely propagate and lead to a major long-term impact on the area of biodesign and nanobiotech.”

Eisenberg goes on to say, “Yeates’ work stands out with respect to its diversity, originality and impact,” and Wilson praises Yeates for his pursuit of discovery with “tremendous imagination and flair.” By sharing “his programs, advances and insights freely with the community,” Wilson adds, “all our research can be advanced, improved and accelerated.”

Watch Yeates’ award lecture, “Symmetry and computational methods in the design of self-assembling protein materials,” below.

Jen McGlaughon is a graduate student in the molecular biology and genetics department at Cornell University.