He won the ASBMB's Alice and C.C. Wang Award in Molecular Parasitology 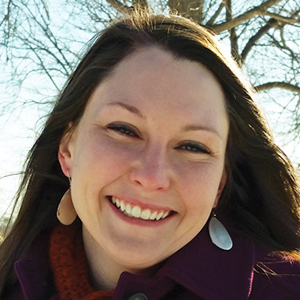 Michael A. J. Ferguson, associate dean for research strategy for the School of Life Sciences at the University of Dundee in Scotland, is the 2016 awardee of the American Society for Biochemistry and Molecular Biology's  Alice and C.C. Wang Award in Molecular Parasitology. Ferguson’s discovery of glycosyl-phosphatidyl inositol, or GPI, anchors revolutionized the membrane protein field and biochemistry itself. Ferguson then transitioned his expertise in GPI biosynthesis to the parasitology field and the development of therapeutics targeting the parasitic GPI pathway. 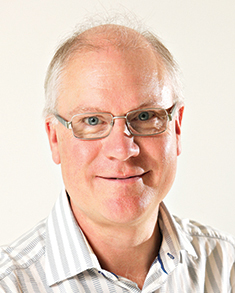 “This prize is of particular significance to me. Alice and C.C. Wang are outstanding pioneers of molecular parasitology. It is a terrific honour to be selected by a distinguished panel of peers for an award bearing the names of, and endowed by, Alice and C.C. Wang. I am also extremely grateful to my co-workers, past and present, for making this possible.” — Michael A. J. Ferguson

The Wang Award recognizes scientists who make significant contributions to the field of molecular parasitology. “Michael Ferguson’s achievements place him in this topmost rank of scientists,” wrote George Cross of The Rockefeller University in his letter of support for Ferguson’s nomination. “He is the world leader in a field that has significance throughout the entire domain of eukaryotic membrane biology … and will continue to make unique contributions to understanding pathogenic mechanisms in parasitic protozoa.”

Ferguson’s first major contribution to the field was identifying how a surface protein without any discernible transmembrane domains remains attached to the outside of a cell. The agents of human African trypanosomiasis use their variant surface glycoproteins, or VSGs, to evade a host’s immune system. As a postdoc in Cross’ lab at The Rockefeller University, Ferguson identified the fatty acid components that anchor the trypanosome’s VSG to the plasma membrane. Now known as GPI anchors, Ferguson’s discovery of this glycolipid post-translational modification catalyzed the field, and soon many other labs were building on his finding. Ferguson went on to deduce the structure of an entire GPI anchor. As Cross wrote, this work was seminal: “Descriptions of GPI anchors are now a standard component of most biochemistry, cell biology and immunology textbooks.” These findings laid the groundwork for the establishment of Ferguson’s own laboratory, which went on to determine the structure and pathways of many complex glycoconjugates and the pathways.

Many parasites have very unusual glyoconjugates. Ferguson recognized that this unique feature could be “an Achilles’ heel for antimicrobial chemotherapy,” wrote Professor Keith Gull at Oxford University in his letter of support for Ferguson's nomination of the award. By developing drugs that inhibit the enzymatic pathways that create these unique lipid anchors, Ferguson and his laboratory are able specifically to target the parasites that cause devastating illnesses such as malaria and trypanosomiasis.

To further his translational research, Ferguson and his colleagues, with financial support from the Wellcome Trust, established the groundbreaking Drug Discovery Unit at the University of Dundee. He also has led two major expansions of the Dundee College of Life Sciences, which is one of the top three biological research schools in the U.K.

Awarded the Royal Medal by the Royal Society of Edinburgh, Ferguson is a fellow of the Royal Society. He is also a Regius professor of life sciences, an honor bestowed by the monarch just twice in the past century, and recently was appointed to the governing body of the Wellcome Trust.

Caitlin Hanlon earned a BS from Ursinus College and a Ph.D. from the Department of Cell Biology at the Johns Hopkins School of Medicine.