He won the ASBMB's Avanti Award in Lipids

Robert V. Farese Jr., professor of genetics and complex diseases at the Harvard T.H. Chan School of Public Health, has won the Avanti Award in Lipids from the American Society for Biochemistry and Molecular Biology for his seminal contributions to the understanding of neutral lipid metabolism and its relevance to homeostatic mechanisms in health and disease. 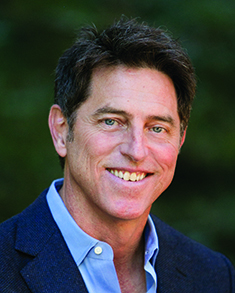 “I am truly honored to receive the Avanti Lipid award in recognition of our contributions to neutral lipid metabolism. I am very grateful to my many mentors who influenced me, the many trainees who contributed to our work, and in particular to Tobias Walther, my scientific partner for the past decade.” — Robert V. Farese Jr.

The Avanti Award recognizes outstanding research contributions in the area of lipids.

Tobias C. Walther, who runs a joint laboratory with Farese at the Harvard School of Public Health, says, “It is hard to overemphasize the truly groundbreaking discoveries of Dr. Farese, their lasting impact on the fields of lipid and metabolism research, as well as on human health.”

Farese has made multifaceted contributions to the field of lipid research. One of his key contributions is the discovery of the DGAT enzymes, DGAT1 and DGAT2, which govern triglyceride synthesis and storage. (DGAT is short for diacylglycerol acyltransferase.) Using knockout and mutant transgenic mouse models, Farese demonstrated that DGAT1 knockout mice were resistant to the development of diet-induced obesity, diabetes and nonalcoholic fatty liver disease. This discovery led to the development of DGAT enzyme inhibition as a potential treatment strategy for these diseases. An interesting offshoot of this work is the potential utilization of these enzymes to increase oil production in biofuels.

Gökhan S. Hotamisligil at the Harvard T.H. Chan School of Public Health, who nominated Farese for the award, says, “Farese’s research has revealed fundamental biology of these diverse enzymes, and by doing so, his work has shown tremendous promise for creating therapeutic targets to treat and cure common, chronic diseases.”

One of Farese’s recent interests is the role of lipids and lipid biology in neurodegeneration, particularly frontotemporal dementia. He is the co-founder of the Consortium for Frontotemporal Dementia Research, a cross-institutional initiative aimed at discovering the underlying mechanisms of this rare disease and identifying treatment strategies.

In his letter of support for Farese's nomination for the award, Rudolf Zechner at the Institute of Biomedical Sciences in Graz, Austria, says of Farese: “What impresses me most is the quality of his science and the vigorous way he approaches the important questions in lipid research.”

Farese received his medical degree from the Vanderbilt University Medical School and did a residency at the University of Colorado Affiliated Hospitals. He pursued his postdoctoral training at the Gladstone Institute of Cardiovascular Disease.