Klinman touted for ‘willingness to set aside old theories'

She won the ASBMB's 2015 Mildred Cohn Award in Biological Sciences 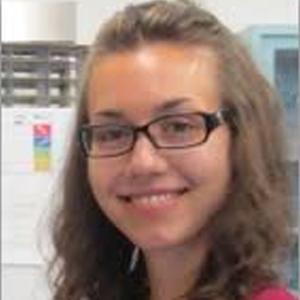 Judith Klinman of the University of California, Berkeley, won the American Society for Biochemistry and Molecular Biology’s Mildred Cohn Award in Biological Chemistry for her far-reaching contributions to the field of mechanistic enzymology.

The Cohn award honors the scientific accomplishments and character of the late Cohn, the first president of the ASBMB. The award recognizes scientists who have advanced significantly the understanding of biological chemistry using innovative physical approaches. 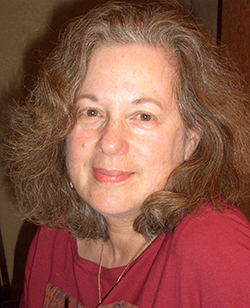 "I am deeply honored to be this year’s recipient of the Mildred Cohn Award. Mildred prevailed in the absence of opportunities for women in science, was a model for how women can successfully combine family with career, worked alongside many of the giants in biochemistry and pioneered the use of NMR to understand enzyme mechanism. She was a remarkable scientist and mentor whose deep understanding of science and the world were an inspiration to me and all who were privileged to know her. " — JUDITH KLINMAN

“Judith Klinman’s accomplishments truly parallel those of Mildred Cohn, with respect to outstanding scientific achievement and advancing the cause of women in science,” affirmed Natalie G. Ahn of the University of Colorado Boulder, who nominated Klinman for the award. “As the first woman professor in any of the physical sciences at UC Berkeley, the first tenured female professor in the UC Berkeley chemistry department and later as the first woman chair of the chemistry department, she has been instrumental in changing attitudes toward women in science.”

Klinman earned her Ph.D. in organic chemistry from the University of Pennsylvania in 1966. Thereafter, she pursued postdoctoral studies at the Weizmann Institute of Science in Israel in physical organic chemistry and at the Fox Chase Cancer Center in biochemistry. In 1978, she began her professorship at UC Berkeley, where she remains to this day.

In his letter of support of Klinman’s nomination, Amnon Kohen of the University of Iowa emphasized “her discoveries of new biological cofactors that result from auto-catalyzed post-translational modification of natural amino acids; the elucidation of quantum mechanical effects in biological catalysis, and the identification of protein motions as the next critically under-understood area in enzymology.”

JoAnne Stubbe of the Massachusetts Institute of Technology added, “Judith’s contributions have received international recognition and have established her as arguably the best chemist studying detailed enzymatic mechanisms, in the world.”

Klinman’s pioneering discoveries have positioned her both at the forefront and interface of chemistry, biochemistry and biophysics.

“One of the most admirable characteristics of Judith is her willingness to set aside old theories and embrace new theories in an effort to explain the experimental data and understand the underlying fundamental principles,” said Sharon Hammes-Schiffer from the University of Illinois at Urbana-Champaign.

Elizabeth Meier is a third-year Ph.D. student at Johns Hopkins School of Medicine, where she studies bacterial cell division in Erin Goley's lab. Originally from Portland, Ore., she completed her undergraduate studies at Scripps College, a small liberal arts college in Southern California. There, she minored in Latin American studies and majored in biology. She would love to find a career that integrates both her humanities and science backgrounds.