He won the ASBMB's 2015 DeLano Award for Computational Biosciences 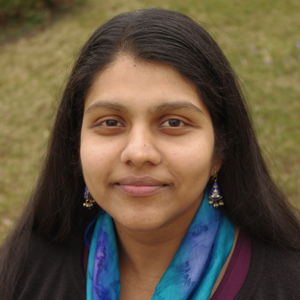 Vijay Pande, the mastermind behind the Folding@home project, is the 2015 DeLano Award for Computational Biosciences recipient. This award recognizes Pande, a professor of chemistry at Stanford University, for his innovative development of computational technologies that enable life-science research at the molecular level. 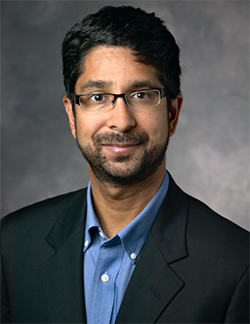 "I'm truly honored to receive the 2015 DeLano award. I got to know Warren DeLano and greatly appreciated his vision for scientific software. That vision has made an impact in my own work and in countless others throughout the world. " — VIJAY PANDE

The Folding@home project pushes the frontiers of scientific crowdsourcing. Molecular dynamics techniques used to explore questions in protein folding and computational drug design require large amounts of computational power. The Folding@home project uses the idle processing power of thousands of volunteered computers around the world; each solves subtasks within the greater problem. These simulations are of great interest in disease research, such as that into Alzheimer’s, Huntington’s and cancer.

“He built a novel vision and an important enterprise in computational biology,” said Ken Dill of Stony Brook University, who nominated Pande for the award. He “has gotten thousands of people involved in caring about protein structures and pharmaceutical discovery and wanting to help.”

Born in Trinidad to Indian parents, Pande trained as a physicist. He earned his bachelor’s degree in physics from Princeton University and his Ph.D. in physics from the Massachusetts Institute of Technology. At MIT, where he also completed a postdoctoral fellowship, he worked under Toyoichi Tanaka and Alexander Yu Grosberg.

Along with exploring questions in theoretical and biophysical chemistry, Pande pushes the limits of supercomputing paradigms. Folding@home has become the most powerful supercomputer cluster in the scientific world. Recently, Pande teamed up with Google to use its cloud-based computer systems to simulate the receptor-site transformations in G-protein-coupled receptors. Also, in collaboration with Pande’s lab, Sony just released its Folding@home app for smartphones, which can be downloaded from Google Play.

John Kuriyan at the University of California, Berkeley, who wrote in support of Pande’s nomination for the award, described Pande as “one of the most prominent of the current generation of leaders in the field and certainly one of the most creative.”

Preethi Chander did her Ph.D. in Biochemistry and Molecular Biology and her postdoctoral work in eye and vision research. She is interested in science policy and communications.