She won the ASBMB's 2015 Walter A. Shaw Young Investigator Award in Lipid Research 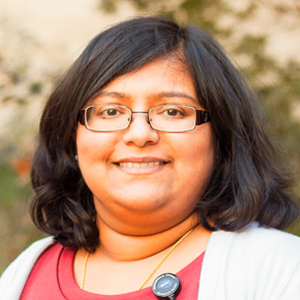 Britta Brügger of Heidelberg University is the winner of the American Society for Biochemistry and Molecular Biology’s Walter A. Shaw Young Investigator in Lipid Research Award for her work on lipid–protein interactions and lipid sorting.

“Britta Brügger is simply a winner,” declared Vytas A. Bankaitis of the Texas A&M Health Science Center, who nominated Brügger for the award. Brügger’s work, which showed that the binding of the transmembrane domain of the p24 cargo receptor proteins to a specific molecular species of sphingomyelin is of functional significance, is “a real tour-de-force,” Bankaitis said, “that has broad implications for protein-lipid interactions in integral membrane proteins.” 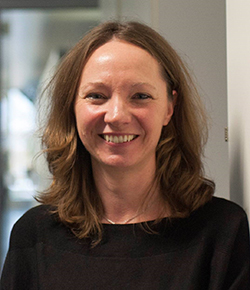 "I am thrilled and very honored to be this year's recipient of the Walter Shaw Young Investigator Award. I share this award with my co-workers in the laboratory and am grateful to my collaborators for their important contributions, helping us to study protein-lipid interactions in a truly interdisciplinary way. Many thanks also to the German Research Foundation. Without its support, this work wouldn't have been possible." — BRITTA BRÜGGER

Using quantitative lipidomic strategies, Brügger’s group has achieved several exciting new discoveries. It found that HIV-1 morphogenesis requires a specific lipid microenvironment, that p24 cargo receptors need specific lipid-protein interactions, and that sphingomyelin nanodomains exist and are defined by the interactions of specific sphingomyelin species with cholesterol. Bankaitis described Brügger’s studies as original and impactful and the result of longstanding collaborations. Not only has Brügger demonstrated excellent scholarship in her career, he said, but she also has “amply demonstrated execution of quality science and outstanding productivity.”

Brügger earned her undergraduate degree in Germany at Frankfurt University. She earned her Ph.D. in the laboratory of Felix Wieland at the Ruprecht Karls University in Heidelberg. After a two-year postdoctoral fellowship at the Sloan Kettering Institute in the laboratory of James E. Rothman, Brügger returned to Germany and the lab of her graduate mentor. In 2002, she took a staff-scientist position at the Heidelberg University Biochemistry Center. In 2014, she accepted a faculty position at the Heidelberg University, and she is now a dean there.

With several publications in top-tier journals, memberships in academic societies and now awards, Brügger has left her mark in the field of lipid research already. Despite being so successful, Bankaitis said, Brügger is modest and humble. She is careful in her analysis and does not overstate her science, he added.

Instituted in 2010, the Walter A. Shaw Young Investigator in Lipid Research Award, named after the founder of Avanti Polar Lipids, recognizes scientists with 10 or fewer years of experience who have made significant contributions to lipid research. The winner each year is invited to give a talk at the society’s annual meeting and receives a plaque and a cash prize of $2,000. Mary L. Kraft won the award last year.

Samarpita Sengupta is a scientific research writer in the neuroscience research development office at the department of neurology and neurotherapeutics at the University of Texas Southwestern Medical Center.