The American Society for Biochemistry and Molecular Biology is pleased to present the seven postdoctoral scholars in the society's inaugural cohort for the Maximizing Opportunities for Scientific and Academic Independent Careers, or MOSAIC, program.

In August, the society received a cooperative agreement with the National Institutes of Health’s National Institute of General Medical Sciences to develop and execute a program that will support postdoctoral fellows and new investigators from diverse backgrounds embarking on careers at research-intensive institutions. (Read about the  $1.27 million award here.)

"I am excited to welcome our MOSAIC scholars to the ASBMB fold and looking forward to meeting and working with them soon," said Ruma Banerjee of the University of Michigan, the co-investigator for the ASBMB’s MOSAIC grant.

Learn about the first ASBMB MOSAIC scholars below. (Editor's note: This article has been updated to reflect the addition of two new scholars as of April.) 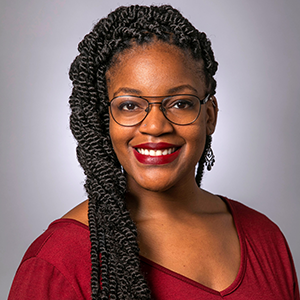 Lillian J. Brady is a postdoctoral scholar in the lab of Erin Calipari at Vanderbilt University, where she is studying the sex differences in cholinergic regulation of dopamine release and their impacts on behavior. A native of Jackson, Mississippi, she earned her bachelor’s degree in chemistry and a master’s degree in biotechnology from Alcorn State University and her Ph.D. with a focus on neurobiology from the University of Alabama at Birmingham.

“The NIH MOSAIC award will be instrumental in my career development and will provide the proper foundation I need to be able to reach my career goals of mentoring diverse scientific minds and becoming a successful independent investigator in the Neuroscience field,” she said. Her research project is titled “Sex differences in cholinergic regulation of nicotinic acetylcholine receptor modulation of local nucleus accumbens circuitry underlying motivation.” 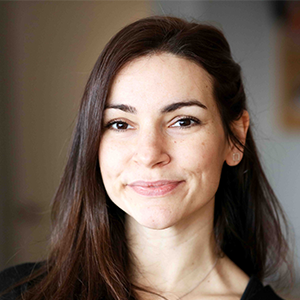 Josefina Inés del Mármol is a postdoctoral fellow in the lab of Vanessa Ruta at The Rockefeller University, where she is studying the structural mechanisms of odorant recognition by olfactory receptors. She was born and raised in Buenos Aires, Argentina. She earned an undergraduate degree in biology from the University of Buenos Aires and a Ph.D. in molecular neurobiology and biophysics at Rockefeller, during which time she was one of the Howard Hughes Medical Institute’s inaugural international student research fellows. She is a mentor for the Científico Latino Project and a volunteer for the Society for Advancement of Chicanos/Hispanics and Native Americans in Science.

“I am excited to join a generation of scientists with heightened awareness and skills to promote diversity and inclusion in the biomedical workforce,” del Mármol said. “To that aim, this award will provide me and fellow MOSAIC scholars with formal training and community resources to become active agents of social and academic change, while supporting our professional development to succeed as independent investigators.” 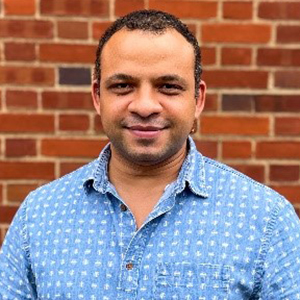 John R. Jimah is a postdoctoral fellow in the lab of Jenny Hinshaw at the National Institute of Diabetes and Digestive and Kidney Diseases. He is studying the structural basis of dynamin-mediated membrane fission and actin bundling. He earned his bachelor's degree from Colgate University and his Ph.D. from Washington University in St. Louis. Raised in Ghana, Jimah was a member of the group of trainees at the NIDDK that started the seminar series known as TREaDS, short for Trainees Recognizing Excellence and Diversity in Science.

Through the MOSAIC program, Jimah said, “I will get training in effective mentoring for budding young scientists from all backgrounds and experiences in order to help them develop into brilliant scientists who will address current and future biological and biomedical questions. I also look forward to knowing my fellow MOSAIC scholars and supporting each other for success in our careers as scientists and mentors.” His research project is titled "Structural basis of dynamin-mediated membrane fission, actin bundling and interaction with binding partners." 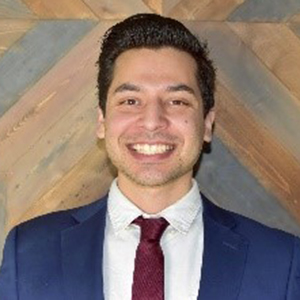 "I am excited to continue my research endeavors as an independent researcher at a research-intensive university upon completing my postdoctoral training at Harvard. I will also use this opportunity to connect with a network of professionals seriously committed to increasing minority representation in science," Picazo said. His research project is titled "Strategic molecular activations for the selective synthesis of 2-deoxy-beta-glycosides, and for the synthesis of novel donor–acceptor Stenhouse adducts." 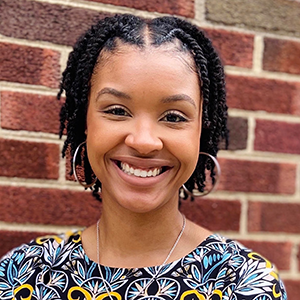 Chelsey C. Spriggs is a postdoctoral fellow in the lab of Billy Tsai at the University of Michigan, where she studies polyomavirus trafficking to the nucleus. A native of Detroit, Spriggs earned her bachelor’s in microbiology from Michigan State University and her Ph.D. in microbiology and immunology from Northwestern University, where she studied human papillomavirus infection and tumorigenesis. Last year, she led the fundraising team for the inaugural Black in Microbiology Week, which increased the visibility of Black microbiologists.

"I am so excited to be a part of such an amazing program! This NIH MOSAIC award will provide the career development and training required to ensure my future success as an independent investigator,” Spriggs said. “In addition, I look forward to networking and building community with other MOSAIC scholars as we work to improve diversity and inclusion in science." 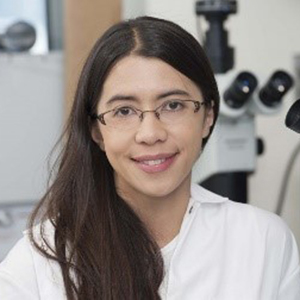 Elizabeth V. Wasmuth is a postdoctoral fellow at the Memorial Sloan Kettering in the lab of Charles Sawyers and at The Rockefeller University with Sebastian Klinge. During her joint fellowship, she is defining key molecular interactions that influence prostate cancer progression. Raised in New Jersey, Wasmuth earned her bachelor's from Cornell University and her Ph.D. from the Gerstner Sloan Kettering Graduate School of Biomedical Sciences. As an undergrad, she studied both animal science and development sociology with a focus on inequalities and has since mentored and conducted outreach to vulnerable populations.

"Growing up surrounded by ethnic and socioeconomic diversity, I have witnessed firsthand how different backgrounds fuel innovative thinking. I am excited to leverage the extensive resources and network provided by the MOSAIC program to bolster my success as an independent investigator, and, importantly, to apply this knowledge to increase diversity in STEM at my home and future institutes," she said. Her reserach project is titled "Biochemical, structural and molecular dissection of androgen receptor transcriptional activity." 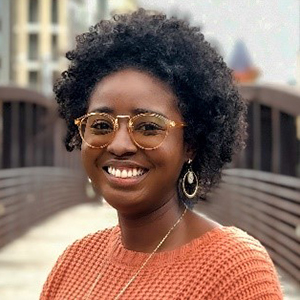 Velencia J. Witherspoon is a postdoctoral fellow in the lab of Peter Basser at the Eunice Kennedy Shriver National Institute of Child Health and Human Development, where she is developing low-field MRI methods. She earned her bachelor's degree at Florida Agricultural and Mechanical University and her Ph.D. from the University of California, Berkeley, where she studied molecular motion in adsorbent materials.Raised in Jacksonville, Florida, Witherspoon has promoted diversity in STEM through participation in the National Society for Black Engineers and the Black Graduate Engineering and Science Society and by directly mentoring undergraduates.

"The NIH MOSAIC award allows me to continue my commitment to encouraging the participation in and matriculation of diverse individuals in the biomedical and STEM workforce," she said. "I am excited to network with like-minded individuals who wish to foster inclusivity and cultural awareness through active allyship while receiving the scientific training to pursue a career as an independent investigator." Witherspoon's research project is titled "Quantitative characterization of the extracellular matrix components of connective tissue: Fingerprinting macromolecular components through low-field magnetic resonance."