Yvonne Fondufe–Mittendorf took a winding path from the Republic of Cameroon to the bluegrass of Kentucky.

“I call myself an academic tourist,” she said.

Inspired by her older sisters who studied science, Fondufe–Mittendorf moved from Cameroon to Nigeria to earn bachelor’s and master’s degrees from the University of Ibadan.

While she was at the university, a visiting researcher from Germany told the students about his university’s doctorate program. Eager to continue her academic journey, Fondufe–Mittendorf applied to the program at the Georg-August Universitaet in Göttingen. She was accepted and moved to Germany to pursue a doctorate in molecular genetics. 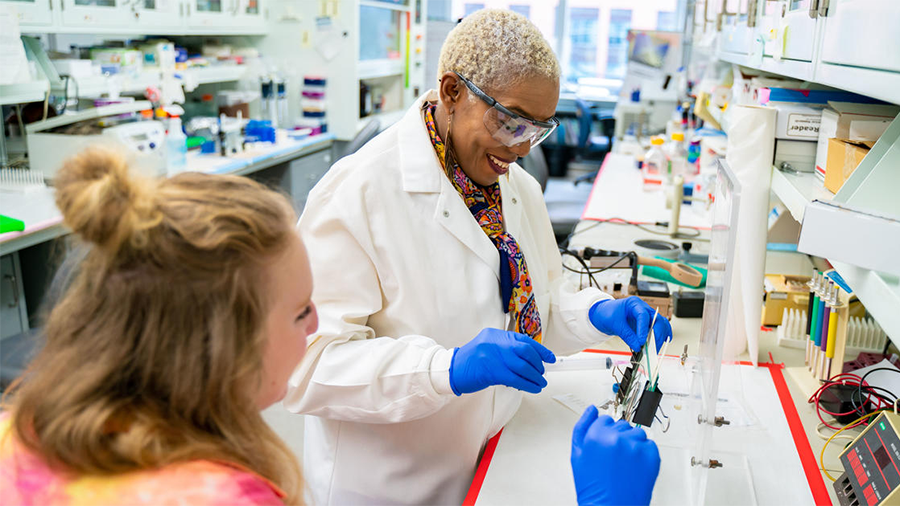 Her time in Germany was a learning experience. She had never seen a micropipette before. Neither had she experienced a snowy winter.

“I remember the first winter I came outside, and everything was white,” she said.

She excitedly put on her new winter boots and hurried to the bus stop to catch a ride to the university. However, her excitement turned to surprise when her boots lost traction in the wintery mix. Her dash to the bus stop came to a crashing halt as she slipped and fell.

That first snowfall in Germany reflected her experience as a young scientist stepping into unknown territory. 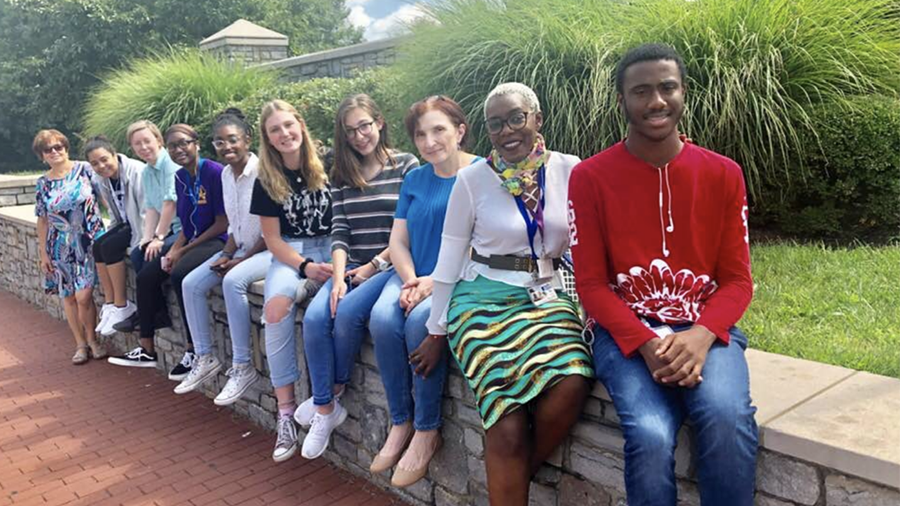 “I had never done that much molecular biology,” she said, “and I was always hesitant to trust my results.”

During her doctoral training, Fondufe–Mittendorf attended a seminar on epigenetics. “Scientists had just started understanding that not every disease is caused by mutations and how chromatin packaging could be dysregulated,” she said, “and that actually intrigued me.”

Her interest in epigenetics led her to a postdoc at Northwestern University, where her mentor, the late Jonathan Widom, dramatically influenced the course of her career.

Widom helped her overcome this self-doubt by convincing her that she was already asking the right questions to pursue an academic research career.
“He said, ‘I think you can do it,’ so he pushed me towards that,” she said. “He believed in me.”

After completing her postdoc, Fondufe–Mittendorf took a position at the University of Kentucky in the department of molecular and cellular biochemistry to study the epigenetics of cancer. With her transition from postdoc to principal investigator, she faced a new set of challenges. 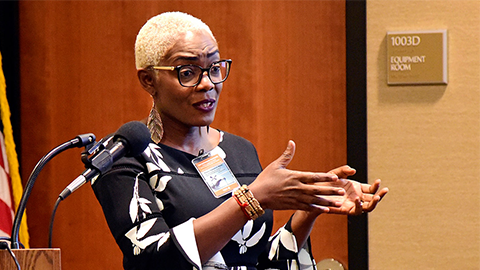 University of Kentucky
On her winding journey from Cameroon to the U.S.,Yvonne  Fondufe–Mittendorf learned the importance of asking for help in science. “When I face roadblocks in my research,” she said, “I reach out to fellow colleagues and other scientists in my field for help. I’m not afraid to say ‘I don’t know.'"

“I wrote two or three grants and they were all triaged,” she said. “I realized that names count, and I was playing with the big guys. Fortunately, I kept searching and found a different perspective that I could bring to the competition.”

Although Fondufe–Mittendorf never had studied toxicology, she found her niche analyzing the effects of toxicants on chromatin biology.

The impact of arsenic exposure on gene regulation became one focus of her research. Arsenic is a naturally occurring element and a known carcinogen that poses a significant risk to human health when it contaminates drinking water sources. Residents of Eastern Kentucky and other coal-mining areas face a greater risk of arsenic contamination, and these regions often have higher cancer rates.

Fondufe-Mittendorf’s research suggests that arsenic may displace zinc in proteins that regulate chromatin structure for gene expression, leading to changes in protein-DNA binding that alter the wiring of the genome. Work from her lab also focuses on the effects of arsenic exposure on the incorporation of histone variants into the chromatin since the variants are upregulated in cancer. By studying these effects on chromatin regulation, she aims to understand the connection between arsenic exposure and disease pathology.

The lab also studies chromatin to understand how it is involved in basic cellular processes such as transcription, DNA repair and alternative splicing.

Along her journey from Cameroon to the U.S., Fondufe–Mittendorf learned the importance of asking for help in science.

“When I face roadblocks in my research,” she said, “I reach out to fellow colleagues and other scientists in my field for help. I’m not afraid to say ‘I don’t know.’”

Fondufe–Mittendorf encourages her students to talk about their research struggles, and she offers them wisdom from her own story. “If I could do it despite my long journey from a different place where I hadn’t done molecular biology, then I think you can do it too,” she said.

Wesley Saitilnord, an international Ph.D. student from Haiti, reflected on why he chose to join Fondufe-Mittendorf’s lab at the University of Kentucky.

“Choosing a lab for graduate school is an important decision that can define your career,” he said. “I joined Dr. Fondufe-Mittendorf’s lab because she’s built a welcoming and supportive lab environment. She makes sure I feel that I belong, and she makes herself readily available to discuss science and life in general.”

Fondufe–Mittendorf knows that emotional and mental health play a key role in student success. She sets an example for her students by maintaining a balance among her work, family and hobbies. Outside of work, she enjoys watching movies with her two daughters, exploring different parts of the world and shopping.

Although fashion and science don’t usually go together, Fondufe-Mittendorf embraces both. Her interest in fashion started at a young age when her older sisters dressed her in different outfits. Though unwilling at first, she grew to love trying on clothes. Today, fashion helps her deal with the stress of grant writing.

“If I’m stressed while writing a grant, I go to the mall. I just walk around,” she said. “It’s like I’m not really thinking, I’m just walking. By doing that, I think I’m at peace.”

Fondufe–Mittendorf also expresses herself with fashion. Instead of conforming to norms among science faculty, she proudly wears clothing, shoes and jewelry that complement her personality.

“Work is hard enough without trying to be like someone else,” she said, “so you should do whatever makes you comfortable and happy. Just be yourself.”

Fondufe–Mittendorf said her late father always let his girls know that nothing could stand in their path to success. She gratefully relies on the support of her daughters, husband, mother, brothers and sisters to achieve her goals.

The American Society for Biochemistry and Molecular Biology’s Research Spotlight highlights distinguished biomolecular and biomedical scientists from diverse backgrounds as a way to inspire up-and-coming scientists to pursue careers in the molecular life sciences. Eligible candidates include Ph.D. students, postdoctoral fellows, and new or established faculty and researchers. To nominate a colleague for this feature, contact the education department.