A one-woman newsroom that is no more, a Halloween earworm, the return of roller skates and more. Here's what the ASBMB staff has been reading, watching, listening to and doing recently. 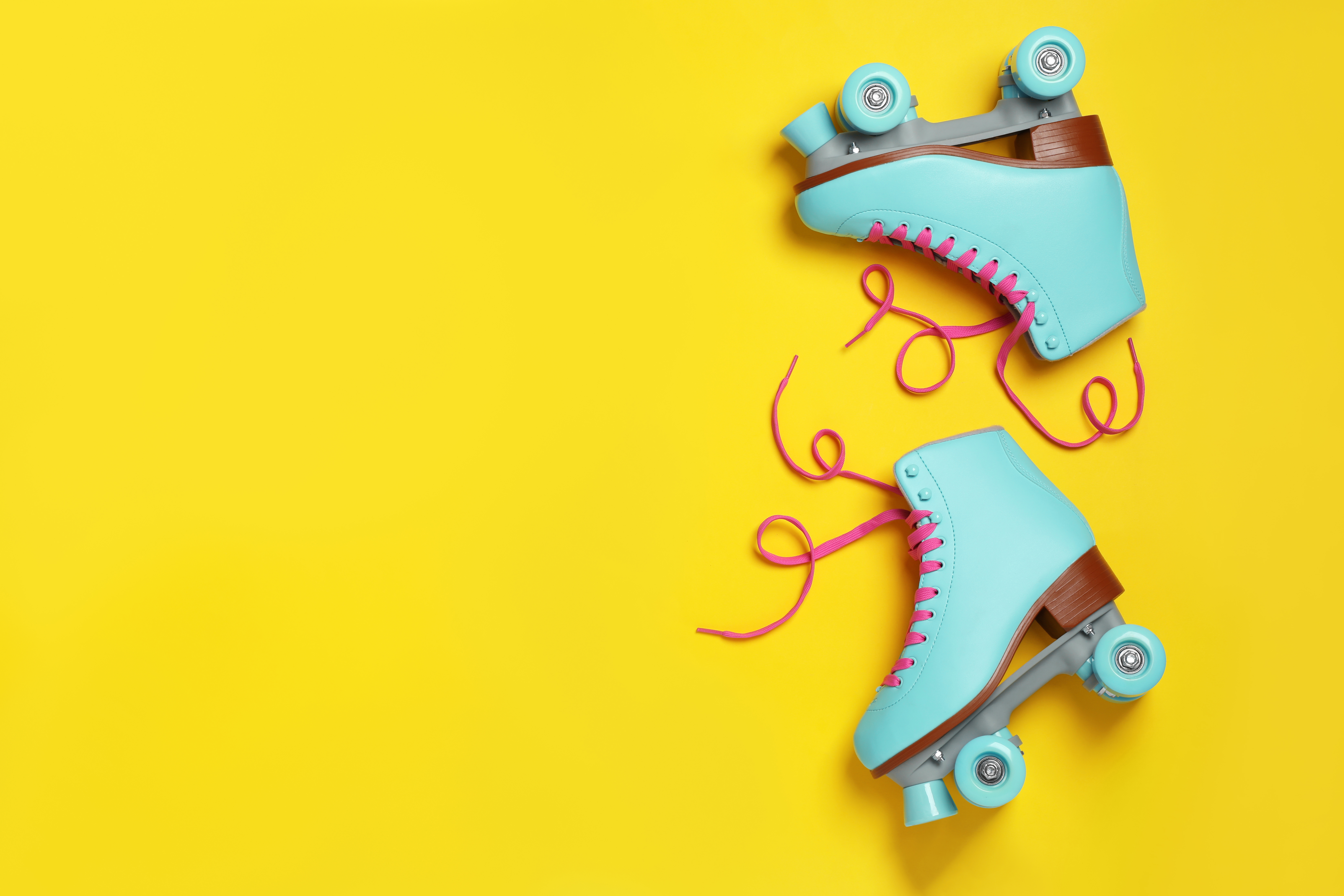 Roller skating has become incredibly popular. I’m in awe of the skaters I’ve seen on Instagram and was recently inspired to order a pair of roller skates. I wanted to share this article by Phoebe Luckhurst because I learned so much from it about the history of roller skating and its significance during the civil rights movement. The article explains that Venice Beach was a major landmark in roller skating culture; skaters would gather there because they were excluded from indoor roller rinks, which were also locations for sit-ins.

“It is important to remember that even as the sport explodes this summer — helped along by social media — it should not be whitewashed. There have been some fears, for instance, that TikTok’s algorithm favours white skater’s videos over those shared by people of colour,” Luckhurst writes.

In this strange spooky season, this song has been on repeat in my house. It’s catchy, it’s peppy, it’s playful, and it’s a great way to tell your sweetheart that no matter what calamity the world brings us next, you’ll never eat their brain.

The Trial of the Chicago Seven, (Aaron Sorkin, Netflix)

This pandemic is terrible in a lot of ways, but I’ve found at least one tiny silver lining: Movies that would usually spend months in theaters are now jumping almost immediately to streaming. I love movie theaters, but I’m also fond of my couch — and I’m saving so much money. This is an example of a film that I probably would have paid $14 for, mainly because I believe Mark Rylance (Wolf Hall) might be the greatest actor alive.  Sasha Baron Cohen is also surprisingly good. And Michael Keaton as Ramsey Clark!  All in all, a pretty great ensemble cast. Be prepared: The politics are straight-up Sorkin liberalism. And it’s either reassuring or terrifying to think that the world was just as insane and awful in the late 1960s as it is today.

Cooking chemistry is always a crowd-pleaser. While working through the challenges of teaching a lab course at home, it seems that professors have caught on. I enjoyed this yummy exploration of undergraduate courses across the country that learn chemistry through food. 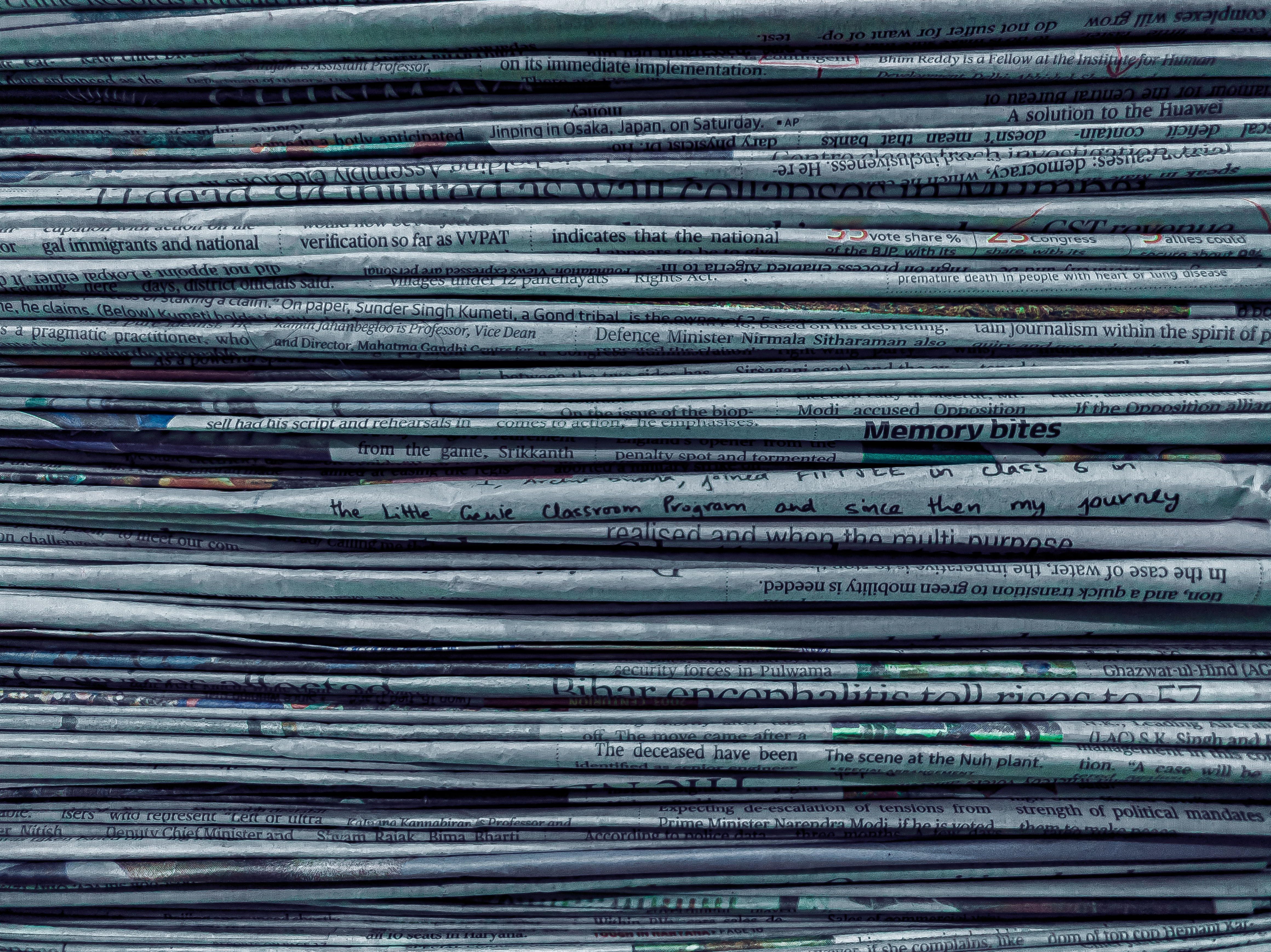 Unlike most print journalism majors, who work their way from small-town papers to mid-size papers to (maybe) big papers, I did things backward. I got a job at a major metropolitan paper before I even graduated college. I recognized then, but genuinely appreciate now, just how privileged I was to get that foot in the door there. They paid me $10 an hour to assemble the weather page and write captions a few nights a week. After a short stint at a mid-size paper in Arkansas, I returned to the big Houston daily for a full-time position.

Things were going so well for the industry then that we even had someone on staff whose job it was — whenever we yelled “Copy!” — to carry our marked-up proofs across the newsroom to a vacuum shoot (like at a bank drive-thru) to deliver them to the composing room.  When the news assistants, who in earlier days were (shamefully) called copy boys, weren’t doing that, they were getting our dinner at whatever restaurant we’d selected for that night. I’m not kidding. If you look at this chart showing newspaper advertising revenue, that’s me perched there at the highest point in the late 1990s — right before the bottom fell out. The next decade of my journalism career was filled with furloughs and layoffs. I’m convinced my job was spared only because it didn’t pay much, which brings me to my staff pick.

Ashley Spinks was — until last week — the managing editor of the newspaper in Floyd, Virginia (population 425). She wrote, edited and laid out the weekly paper for a salary of just $36,000 a year. The corporation that owns the Floyd Press, Lee Enterprises, it seems, was ticked off that Spinks went on the record about how companies like theirs have gutted local journalism, so last week they fired her.

This story shows what towns like Floyd lose when local journalists like Spinks are spread thin or, worse, eliminated. “’You don’t always have the capacity to do follow-up interviews, to add context and color to the stories,” Spinks told the radio station. “But even more important than that ... what are you not reporting on?”

For the past decade, I have worked in a small newsroom here at the ASBMB, and during that time my admiration for journalists like Spinks has grown. I know that sinking feeling that we are missing important stories, and I hate that we sometimes have to leave it to bigger outlets to cover issues that are in our lane.

My first instinct was to say that I hope a bigger, fancier paper scoops up Spinks now that she’s a free agent, but I thought about it a little more and decided that I hope she lands somewhere that’s good to her and that pays her what she’s worth.