It's been another crazy week, news-wise. At least we've had some good stories (those Nobel prizes!) to balance the sobering stuff. But you might be ready for a break. If so, here are some suggetions for reading, watching and scrolling from the ASBMB staff.

This two-part docuseries focuses on legendary music artists who lived in the Hollywood Hills neighborhood in Los Angeles during the late 1960s and early ’70s. It’s interesting to see how a community developed to become a haven for musicians and the intertwining of singers who became close friends, created new singing groups and launched the careers of others. Laurel Canyon follows last year’s documentary “Echo in the Canyon.”

I honestly don't know how I stumbled across this YouTube channel, but I love it. It’s both humorous and morbid (the LA-based mortician refers to her viewers as deathlings and death enthusiasts). Learn about "iconic corpses," dark history and just general discussions about death-related things. It’s a fact that 100% of us will die at some point in our lives and chances are most of us will know someone who dies at some point too. Caitlin’s goal with her channel is to help create a culture of death acceptance and destigmatize the discussion surrounding the process.

Since running through most of my books-to-read shelf, I’ve been borrowing from my library on a tablet. But I find, with current events just a click away, that it’s not nearly as relaxing. So I ordered a few books from an independent bookstore near me, and The Starless Sea is the perfect one to read on paper.

Filled with dreamy images and fable motifs, suffused with a love of books and beverages and cozy spots for reading, completely imaginative and with lovely prose, the book takes me out of the here and now at a time when I really need that. Its description of a literary-themed charity gala at a hotel in the city was so poignant, now, that I had to read it twice to make sure I got all the details. What I wouldn’t give to take this book to a watering-hole and savor it with a craft cocktail and the company of strangers. Someday.

I discovered Jacqueline Maloney’s work at BLOOM, an art gallery in Thomas, West Virginia. Maloney’s art makes me feel connected to nature, which in turn brings me comfort. Anxiety and depression are part of my life’s story. Navigating the ups and downs, the relief and subsequent fear that comes with feeling better and knowing the heaviness will inevitably return at some point can be daunting. Nature, though — watching stormy days, the chilly ones, the beautiful fall ones that come every so often — those cycles of nature make me feel so much less alone. If the sky can cry some days, it must be okay for me to too. I’m grateful for the reminders of that in Maloney’s work. I’m also incredibly grateful for the creatives in Thomas; they have made a magical space for people like me who might not have known we needed it. BLOOM features a collection of Maloney’s work, which is also available online at https://www.jacquelinemaloneyart.com/. I hope it also brings you peace.

Remember when politics used to be more entertaining than frightening? If you yearn for the good old days of garden-variety intrigue (or at least our imaginings of them), then this Danish political drama might be for you. It’s a little bit West Wing, a little bit House of Cards, but set in a tiny ancient nation where politicians ride bicycles and people can’t decide if the EU is hugely important or a crashing bore. The dubbing gets a little irritating (despite the interesting array of accents from around the British Isles), but there’s enough skulduggery balanced with family drama to draw you in. Bonus: The prime minister is a woman. Also, much coffee is consumed. 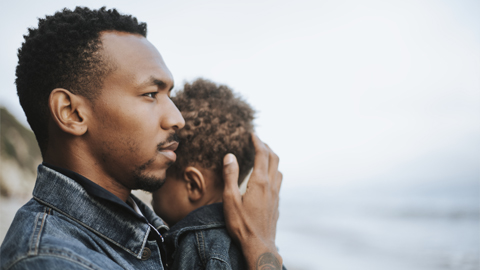 The Covid-19 pandemic has widened the already significant life-expectancy gap between Black and non-Black men.