ASBMB Today Opinions Science denial: Why it happens and 5 things you can do about it
Science Communication

Science denial: Why it happens and 5 things you can do about it 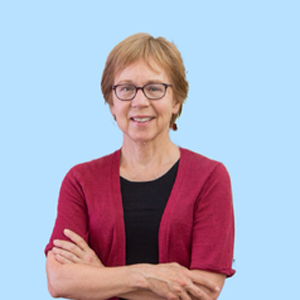 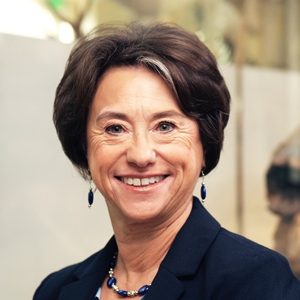 Science denial became deadly in 2020. Many political leaders failed to support what scientists knew to be effective prevention measures. Over the course of the pandemic, people died from COVID-19 still believing it did not exist. 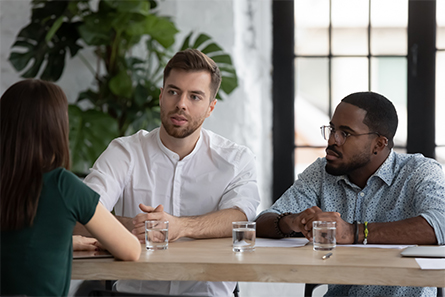 Are you open to new ideas and willing to change your mind?

Science denial is not new, of course. But it is more important than ever to understand why some people deny, doubt or resist scientific explanations – and what can be done to overcome these barriers to accepting science.

In our book “Science Denial: Why It Happens and What to Do About It,” we offer ways for you to understand and combat the problem. As two research psychologists, we know that everyone is susceptible to forms of it. Most importantly, we know there are solutions.

Here’s our advice on how to confront five psychological challenges that can lead to science denial.

People are social beings and tend to align with those who hold similar beliefs and values. Social media amplify alliances. You’re likely to see more of what you already agree with and fewer alternative points of view. People live in information filter bubbles created by powerful algorithms. When those in your social circle share misinformation, you are more likely to believe it and share it. Misinformation multiplies and science denial grows. 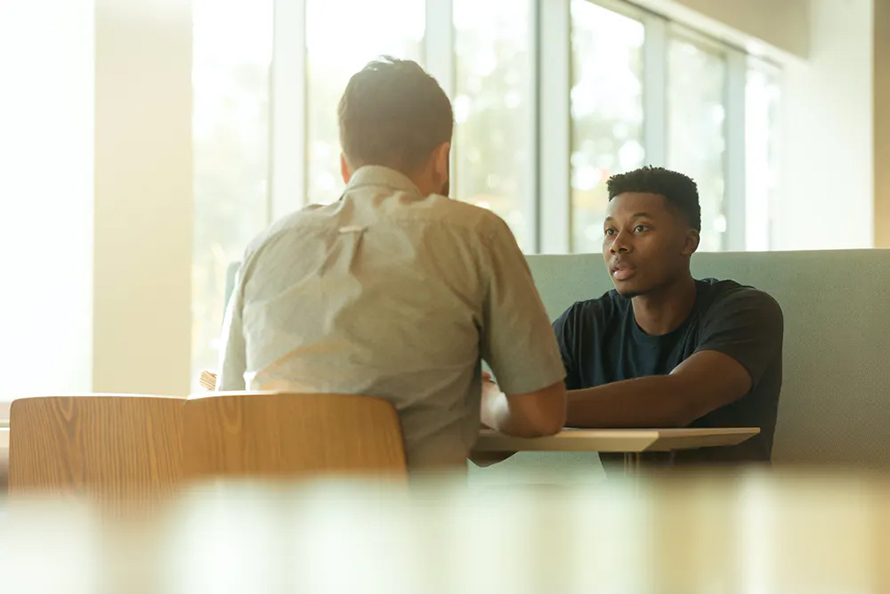 LinkedIn Sales Solutions/Unsplash, CC BY
Can you find common ground to connect on?

Action #1: Each person has multiple social identities. One of us talked with a climate change denier and discovered he was also a grandparent. He opened up when thinking about his grandchildren’s future, and the conversation turned to economic concerns, the root of his denial. Or maybe someone is vaccine-hesitant because so are mothers in her child’s play group, but she is also a caring person, concerned about immunocompromised children.

We have found it effective to listen to others’ concerns and try to find common ground. Someone you connect with is more persuasive than those with whom you share less in common. When one identity is blocking acceptance of the science, leverage a second identity to make a connection.

Everyone’s busy, and it would be exhausting to be vigilant deep thinkers all the time. You see an article online with a clickbait headline such as “Eat Chocolate and Live Longer” and you share it, because you assume it is true, want it to be or think it is ridiculous.

Action #2: Instead of sharing that article on how GMOs are unhealthy, learn to slow down and monitor the quick, intuitive responses that psychologist Daniel Kahneman calls System 1 thinking. Instead turn on the rational, analytical mind of System 2 and ask yourself, how do I know this is true? Is it plausible? Why do I think it is true? Then do some fact-checking. Learn to not immediately accept information you already believe, which is called confirmation bias.

Challenge #3: Beliefs on how and what you know

Everyone has ideas about what they think knowledge is, where it comes from and whom to trust. Some people think dualistically: There’s always a clear right and wrong. But scientists view tentativeness as a hallmark of their discipline. Some people may not understand that scientific claims will change as more evidence is gathered, so they may be distrustful of how public health policy shifted around COVID-19.

Journalists who present “both sides” of settled scientific agreements can unknowingly persuade readers that the science is more uncertain than it actually is, turning balance into bias. Only 57% of Americans surveyed accept that climate change is caused by human activity, compared with 97% of climate scientists, and only 55% think that scientists are certain that climate change is happening. 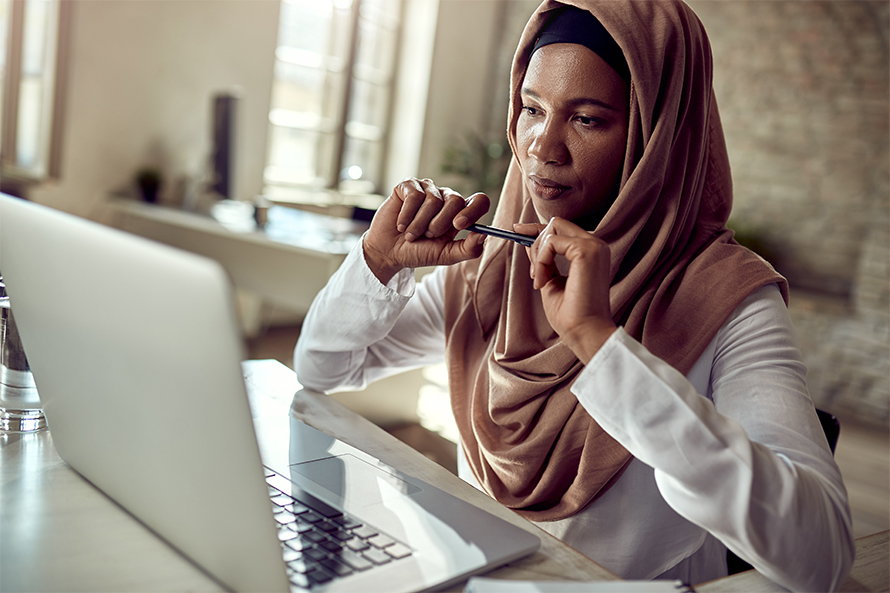 How did you come to know what you know?

Action #3: Recognize that other people (or possibly even you) may be operating with misguided beliefs about science. You can help them adopt what philosopher of science Lee McIntyre calls a scientific attitude, an openness to seeking new evidence and a willingness to change one’s mind.

Recognize that very few individuals rely on a single authority for knowledge and expertise. Vaccine hesitancy, for example, has been successfully countered by doctors who persuasively contradict erroneous beliefs, as well as by friends who explain why they changed their own minds. Clergy can step forward, for example, and some have offered places of worship as vaccination hubs.

You might not think that how you interpret a simple graph could depend on your political views. But when people were asked to look at the same charts depicting either housing costs or the rise in carbon dioxide in the atmosphere over time, interpretations differed by political affiliation. Conservatives were more likely than progressives to misinterpret the graph when it depicted a rise in CO2 than when it displayed housing costs. When people reason not just by examining facts, but with an unconscious bias to come to a preferred conclusion, their reasoning will be flawed.

Action #4: Maybe you think that eating food from genetically modified organisms is harmful to your health, but have you really examined the evidence? Look at articles with both pro and con information, evaluate the source of that information, and be open to the evidence leaning one way or the other. If you give yourself the time to think and reason, you can short-circuit your own motivated reasoning and open your mind to new information.

When Pluto got demoted to a dwarf planet, many children and some adults responded with anger and opposition. Emotions and attitudes are linked. Reactions to hearing that humans influence the climate can range from anger (if you do not believe it) to frustration (if you are concerned you may need to change your lifestyle) to anxiety and hopelessness (if you accept it is happening but think it’s too late to fix things). How you feel about climate mitigation or GMO labeling aligns with whether you are for or against these policies.

Action #5: Recognize the role of emotions in decision-making about science. If you react strongly to a story about stem cells used to develop Parkinson’s treatments, ask yourself if you are overly hopeful because you have a relative in early stages of the disease. Or are you rejecting a possibly lifesaving treatment because of your emotions?

Feelings shouldn’t (and can’t) be put in a box separate from how you think about science. Rather, it’s important to understand and recognize that emotions are fully integrated ways of thinking and learning about science. Ask yourself if your attitude toward a science topic is based on your emotions and, if so, give yourself some time to think and reason as well as feel about the issue.

Everyone can be susceptible to these five psychological challenges that can lead to science denial, doubt and resistance. Being aware of these challenges is the first step toward taking action to meet them.

Barbara K. Hofer is a Professor of Psychology Emerita at Middlebury College and a Fellow of the American Psychological Association.

Gale Sinatra is the Stephen H. Crocker Professor of Education and Psychology at the Rossier School of Education at the University of Southern California, where she directs the Motivated Change Research Lab.

How to choose a booster shot
Tina Hesman Saey, Science News
How to write a killer abstract in 10 sentences
Bill Sullivan
Getting the shots
Hannah Alexander
How to gather and organize information
Sumit Borah
Guns, not roses
Bill Sullivan
For crisper class projects, collaborating with a librarian can be your gDNA
Alyssa Young & Chris Berndsen