ASBMB Today Opinions An 'honorable' career in academia vs. an 'alternative' career in the private sector
Essay

The growth and biomedical promise of molecular technologies in the later part of the 20th century resulted in significant expansion of science infrastructure in government, academia and industry. More recently, fiscal pressures have reduced the availability of new independent research jobs in all sectors. Despite the fact that nonbench science jobs in the private sector remain a strong, viable option for new grads, our training systems remain focused on producing independent research scientists and do little to prepare students for science careers away from the bench. Here, I’ll recount how we got into this dilemma and the obstacles to effecting real change that remain. 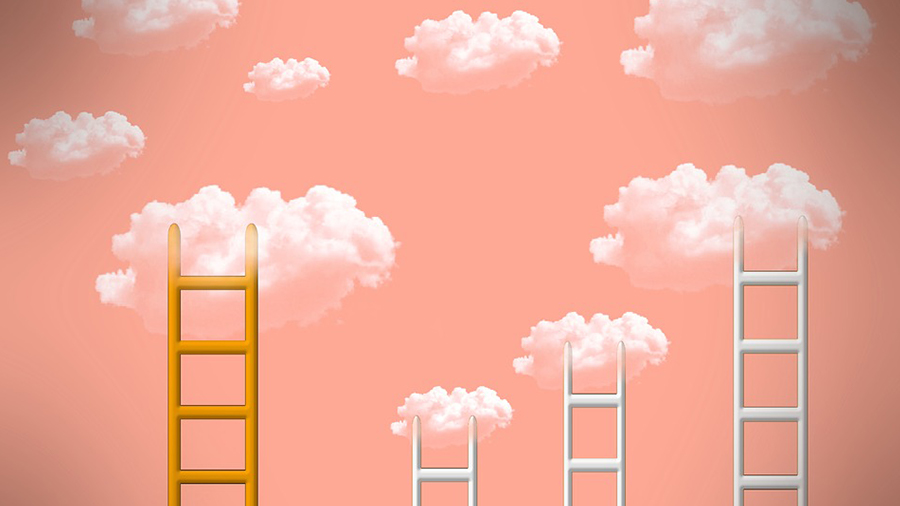 The growth and biomedical promise of molecular technologies in the later part of the 20th century resulted in significant expansion of science infrastructure in government, academia and industry. More recently, fiscal pressures have reduced the availability of new independent research jobs in all sectors. Despite the fact that nonbench science jobs in the private sector remain a strong, viable option for new grads, our training systems remain focused on producing independent research scientists and do little to prepare students for science careers away from the bench. Here, I’ll recount how we got into this dilemma and the obstacles to effecting real change that remain.

First, a period of expansion

National Institutes of Health funding doubled between 1998 and 2004. State governments also invested to grow their science capabilities based on potential economic returns. Between 1970 and 2000, we saw the creation and growth of the biopharmaceutical industry. The established pharmaceutical companies and other science-based industries also expanded their research to capture and exploit these promising technologies. Many new job options for trainees (and faculty) were created. As the science infrastructure expanded, so did the trainee programs needed to supply the labor force doing the work. More trainees were produced than academic or government centers could absorb as permanent faculty members. Trainees and faculty members alike moved into the industrial sector void, thereby relieving the supply and demand issues around science job opportunities.

Then, a period of stagnation

More recent trends have dramatically altered the dynamics. A number of factors have been at play, but certainly the major contributor has been the economy. NIH funding has been essentially flat for the past eight years. State economies have been stressed such that growth of state-funded science opportunities has slowed significantly. Productivity in pharma has been on the decline for a decade, and consolidation in this industry continues.

The response to these economic woes in academia and the government has been to curb new faculty growth. Though the faculty ranks are aging, its members remain reluctant to retire and move on. Due to their power, savvy and experience, older faculty continue to compete for and utilize major resources that perhaps should be used to support new investigators. This stagnation, in part, has led to the extension of the training period. Ph.D. training is now generally six to eight years instead of four, and the norm has become two postdoctoral experiences of three to four years each prior to securing a first permanent job. This is a predictable result when job opportunities become scarcer while the need for the trainee work force remains.

In the past few years, tens of thousands of science-based jobs have been eliminated from industry, especially at the large pharmaceutical companies. Biotech investments have been reduced and shifted away from research-stage initiatives to focus on nearer-term product development. Pharma companies also have altered their strategic focus in response to internal cost constraints and productivity issues. They have shifted large portions of resources into a variety of outsourcing models, thereby creating new opportunities for scientists in new business models.

There remain a number of employment bright spots in the private sector. Pharma outsourcing has led to the creation of new contract research organizations, partnerships with academic centers, government-sponsored consortia and various nonprofit public-private alliances in the hope that these approaches will provide the much-needed cost controls and innovation engine to create new drugs. Importantly, this strategic shift by pharma provides alternative funding sources for academia, has stimulated job growth in various support functions and aligns well with the NIH translational research focus promoting academic drug discovery. In addition, the medical devices and diagnostics industries continue to flourish, fueled by the economic pressure on health care and the promise of personalized medicine. Other science-based industries, including tool and reagent providers, food and environmental monitoring, nonprofit organizations, forensics, biofuels, science journalism, and even nutraceuticals and cosmetics also offer employment opportunities.

What may well be underappreciated is that the majority of the science jobs in the private sector are not bench-research based. Rather, most of the jobs available (Table 1) have little to do with the focus of our entire academic training system. There is a huge disconnect between how we currently train scientists and the actual employment opportunities available for them.

Several factors impede the ability to recognize and adapt to the trainees’ needs. The academic mentoring system lacks information and knowledge about private-sector science vocations. Faculty members teach what they know, and the result is that basically they produce clones of themselves – teachers and research professors. The faculty members have little experience with industry and, in particular, with most of the job categories shown in Table 1. The science-education system would have to seek expertise proactively from the private sector to convey these employment opportunities to their trainees. There appears to be a reluctance to do so.

Then there is the perception that positions other than independent research or teaching faculty are lesser choices. A recent description of career paths provided by a research professor exemplifies the problem. The implication was that students could follow an honorable career in academia or an alternative career in the private sector. Sadly, this arrogance and Ivory Tower attitude not only impede educational transition but, more importantly, lead many faculty members to avoid the issue by ignoring its existence.

Perhaps the greatest hurdle to effecting change and better preparing trainees for positions that do exist is the nature of the highly competitive research-funding system itself. The research infrastructure requires trainees to carry out its basic functions: experimentation and publication. Trainees are the major labor force used by established faculty, and thus training is focused on driving independent bench research for faculty to achieve their funding, status and advancement. It matters not what future employment opportunities look like for the trainees; the training is intimately linked to the survival of the funding infrastructure that advances basic science knowledge.

This is the reality of our current system, but we must find ways of broadening our trainees’ experiences to prepare them to compete and perform at science-based jobs away from the bench. There is no doubt that bench experience is a necessary part of training, but it no longer suffices to prepare students for today’s job opportunities.

Martin Rosenberg is the chief scientific officer at Promega Corp. and an adjunct professor at the University of Wisconsin.