How a volunteer experience turned me into a lifelong blood donor

As a teen at Camp Sunshine, I learned that one pint can truly save someone’s life

In the summer of 2013, when I was 16 years old, I volunteered at Camp Sunshine, a retreat in Casco, Maine, for children experiencing life-threatening illnesses. It was during this service experience that I first recognized how essential blood transfusions are for some people to just live their lives. It also turned me into a lifelong volunteer.

Camp Sunshine is a wonderful place where families can go for respite and fun. Situated on Sebago Lake, the camp in its 37 years of work has supported more than 50,000 children from all 50 states and 27 other countries.

It has a physician available 24 hours a day during sessions, as well as an 18-hole miniature golf course, archery range, climbing wall and ropes course, just to name a few amenities. Importantly, the programs are free for all families and funded by donations from individuals, groups and companies, such as Tropical Smoothie Café, which has donated more than $6 million.

The camp has sessions themed around various illnesses, and that summer I learned I’d volunteered during Diamond–Blackfan anemia week. At first, I was puzzled, as I didn’t know what DBA was. So, like any good budding scientist, I turned to Google and spent hours on end researching the disease so that I would be prepared. 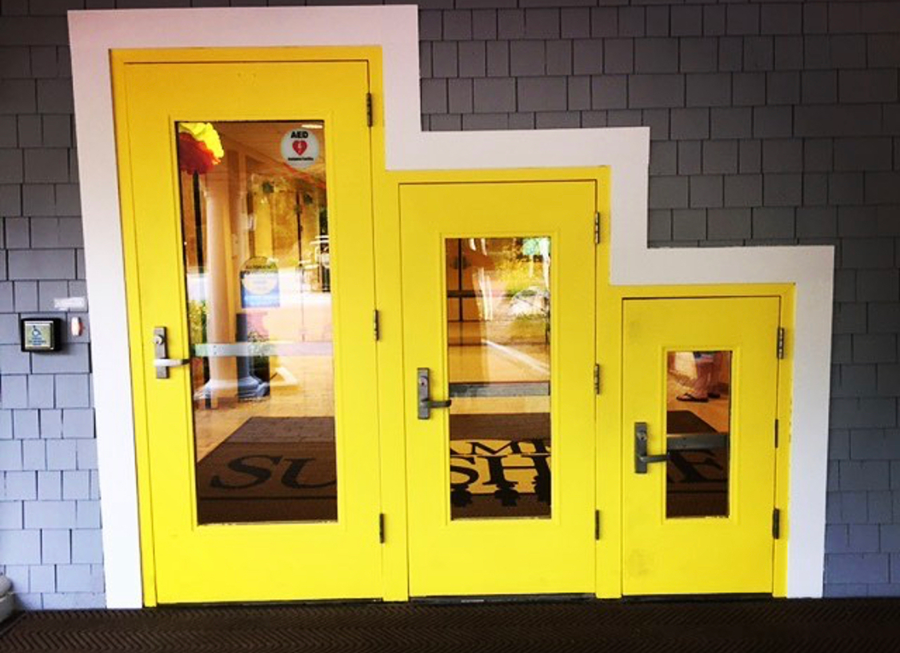 Courtesy of Alison Smith
The front entrance of Camp Sunshine has a door for adults, a door for teens and a door for children. The kids love using the smallest door — even if they’ve outgrown it.

Diamond–Blackfan anemia is a rare autosomal dominant disorder that emerges during neonatal development. It affects the bone marrow’s ability to develop red blood cells, leading to severe anemia. It is treated first with corticosteroids and blood transfusions.

“Our patients are typically transfusion-dependent for the first 12 to 18 months of life,” Dawn Hollstein–Baumgardner, executive director of the Diamond Blackfan Anemia Foundation, told me. “Those not responding to corticosteroid therapy may require packed red blood cell transfusions every three to five weeks.”

DBA can be cured by a bone marrow transplant, which becomes necessary when patients become transfusion-dependent because too many transfusions will lead to iron overload and organ damage.

Scientists are working to better understand the genetics and molecular signatures of DBA as well as searching for less toxic treatments and therapeutic cures. That being said, the research into DBA is still in its infancy, as the precise mechanism is still unknown.

Advocates hope that in the next few years there will be a federal push to fund research on DBA and other rare, understudied diseases.

On assignment at Camp Sunshine

During my time as a volunteer during the DBA session, I worked in the Tot Lot, a room for children ages 3 to 5 years old. I spent my week playing make-believe café at a little house, running around on the playground, blowing bubbles, and making a lot of arts and crafts.

In the years since, I’ve returned to volunteer many times, and one thing that takes my breath away every single session is the talent show.

No matter what is going on with them medically, the children are always willing to get on stage and belt out “Let It Go” from the film “Frozen” — even if 17 other children also sang the same song before them. 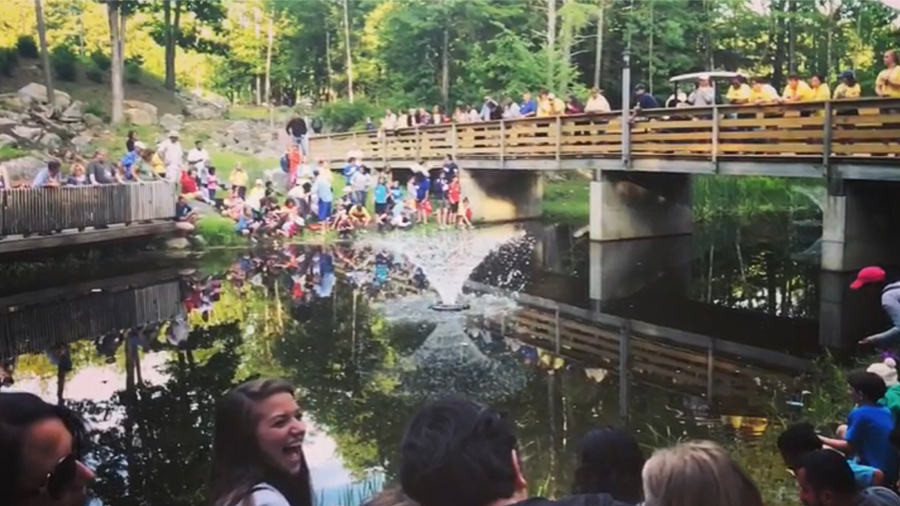 Courtesy of Alison Smith
Throughout the week, each child works on a “wish boat” during arts and crafts time. At a ceremony at the end of the week, the boats set sail, lighted by candles, while the group sings a song. At the conclusion, the children reel in their boats, blow out the candles and make their wishes, at which point the fountain turns on. For many, it’s an emotional experience, the author said.

DBA patients depend on donors

Over the years, I’ve met tons of children and adults with DBA and doctors studying DBA from across the world.

Terri-Lynn Hart’s 17-year-old daughter Grace requires three units of blood in each transfusion. She has received 240 blood transfusions over her lifetime, which amounts to hundreds of units of blood

“Because you give the gift of life,” Hart said, “others get the gift of another birthday, another Christmas, another day with family and friends.”

She encourages people to put themselves in her shoes: “What if it was your loved one? How would you feel knowing that to live they have to rely solely on the kindness of others to donate blood?” 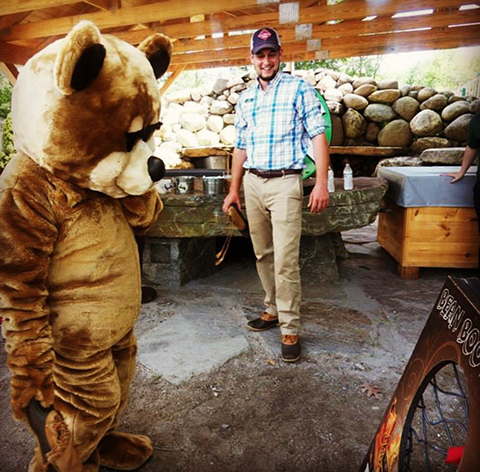 Courtesy of Alison Smith
Alison Smith (the author) wears the camp’s mascot costume during a family free time. “I ended up in the costume on a hot sunny summer day for over an hour because everyone wanted Sunny the Bear in their family portrait. Seeing the smiles on the children's faces made it worth it,” Smith said.

“Blood donation kept him alive for eight years,” she told me. “Then the marrow registry saved his life!”

If you have donated blood before with the American Red Cross, you have probably gotten a text message, phone call or email urging you to donate blood in response to a national shortage. But donating year-round is important too. Hospitals need to have a stocked supply for surgeries and medical emergencies, and patients with chronic illnesses, including children with DBA, count on donations on a regular basis.

“Our DBA community is small, yet welcoming and unified. We are grateful for the efforts, hard work and commitment of all who touch our lives — including those who donate their blood to literally keep our patients alive,” Holstein–Baumgardner said.

Becoming a donor for life

After I volunteered at Camp Sunshine for the first time during DBA week, I joined the bone marrow registry because I hope to be someone’s match someday. And, since I am fortunate enough to have functional erythroid progenitor cells, I’ve made a promise to myself to donate blood as often as I can so that no families need to worry about a blood shortage.

Finally, writing this article reminded me of how much love and perspective Camp Sunshine provides. I started with one session when I was 16, and, in the past nine years, I have volunteered for about 30 sessions.

Camps like this exist throughout the United States and world. If volunteering is something you’re interested in, I recommend you seek one out because it could change your life like Camp Sunshine has changed mine. 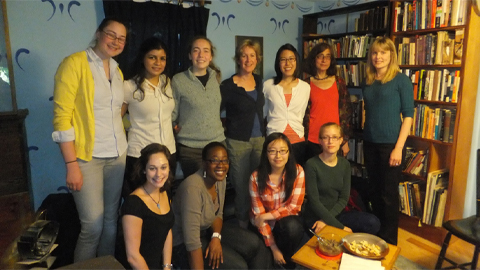 The joys of doing research with undergraduates

Much has been written about the benefits of undergraduate research for students. But what about what it does for faculty? 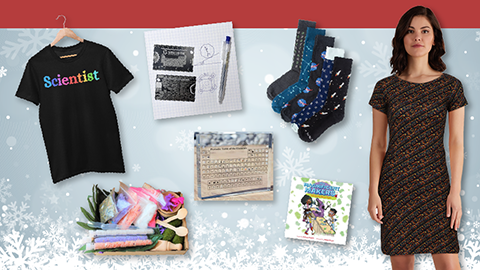 We hope this science-focused gift guide helps you knock your holiday giving out of the park. 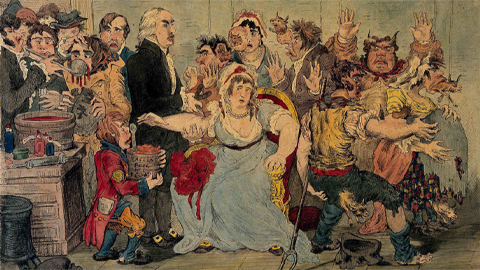 Vaccination arose in the 18th century during a frenzied period of trial and error, in which many didn't survive a trip to the doctor. If you squint a little, it looks a lot like the early days of the COVID-19 outbreak. 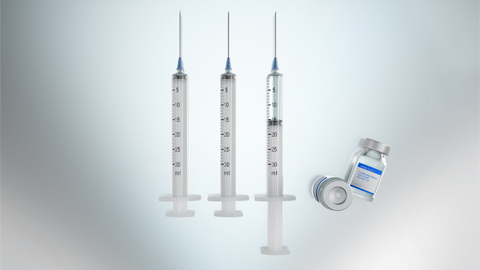 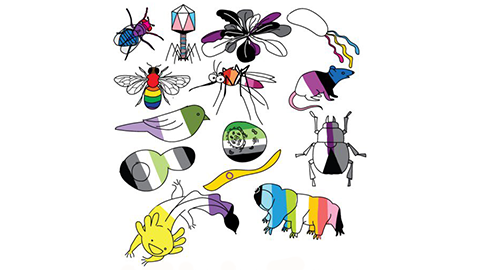 Ask students their names and pronouns on the first day of class — and then use them correctly.