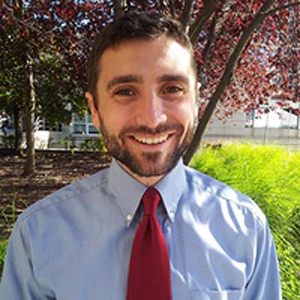 Early in my research career as a graduate student, my thesis adviser encouraged his mentees to attend an international conference of researchers within our field, biological engineering. We gleefully listened to speakers who presented on topics from bacterial batteries to then-cutting edge techniques of genome engineering. And it was an excuse to travel somewhere new and see some new faces. 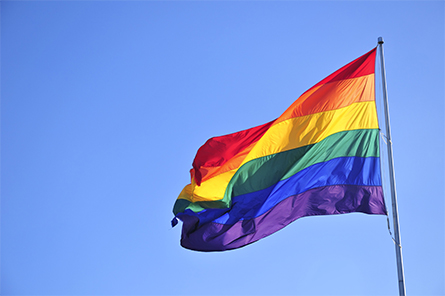 When we returned from the event, my advisers asked us to report on what most impressed us there. I rambled about how enthused I was about the prospect of being involved in citizen science and the growing DIY biology movement. One of my friends talked about how she was inspired by techniques she was excited to work into her thesis research. A third colleague said the thing that blew her away at the conference was that there were a large number of female speakers, and they were all considered leaders in the field.

I was initially surprised by her response; while my adviser was a man, the postdoctoral fellow, all of the graduate students beside me, and even the majority of the undergraduate researchers in my lab were women. Female speakers dominated our meetings and internal talks. I had always valued that our lab wasn’t governed by antiquated notions of gender or sexuality; it allowed me to feel comfortable as an out, gay man. Further, I reasoned, science prides itself on being divorced from the individual – on being reproducible by anyone independent of race, gender, or identity. While more viewpoints are always welcome in the conversation, your identities are less important than your ideas or contributions.

Soon after, I was working at home, watching a Nova special about bioengineer Jay Keasling. The piece was a broad explanation of his work, and while I was disappointed by the lack of hard scientific details, I was enthused about the coverage. 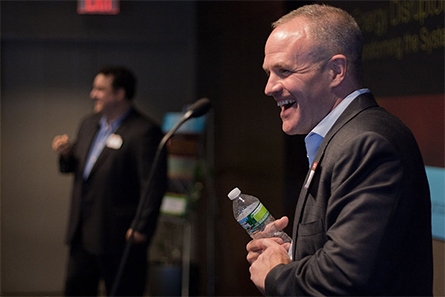 Then, toward the end of the segment, the piece mentioned that this impressive figure within my field was an openly gay man. I was surprised by my own reaction. Seeing someone successful and open about their sexuality made it clearer to me that I could attain success as a completely open individual. Whatever repercussions and obstacles would come from being out, they were surmountable. Suddenly the statement of my colleague when she had been so impressed by female speakers at a conference all fell into place for me. If someone else has done it, I could, too.

I have been very lucky in life; I am a cisgender, white male, and while I am gay, I often “pass” and just appear very nerdy. I’ve tried not to dwell on opportunities missed or exclusion I’ve felt for being gay due to all the other opportunities I’ve been given. But being gay does have some limitations; there is still a stigma with some colleagues, enough to force me to be judicious about whom I am open with, complicating what should be routine social experiences.

Seeing someone successful and open about their sexuality made it clearer to me that I could attain success as a completely open individual.

Even though I had met other gay scientists, none that were so clearly successful inside and outside of the lab. My friends’ observation that seeing female scientists greatly impacted her suddenly seemed so obvious. For LGBT+ scientists like me, or for women, or people of color, it’s important to see someone like you, as well as people from other underrepresented groups, succeed. It provides proof that being different won’t keep you from achieving success. (Data shows a correlation between gender parity and queer scientists openly self-identifying as LGBT+.) We may already be confident in our abilities as individuals, but some outside assurance from our own communities is astoundingly comforting.

The numbers haven’t caught up to the findings. While the life sciences and mathematics are approaching career parity, women lag behind men in engineering and computer sciences.

And a recent report from US News and Raytheon further shows that large gaps still exist between the opportunities for Latino and black students and researchers versus those for Asian or white students. A 2015 Pew survey found Latino and African Americans lag behind their white peers in science knowledge, and postulated that this may be due to a lack of representation within the established STEM community.

It’s harder to estimate the number of LBGTQ+ researchers, as there are a fewer studies and polling on members of the queer spectrum. The first peer reviewed article on the subject came out in 2015.

Its findings included a lot of data about who in the LGBT+ STEM community was open about their sexuality or gender identity. It showed that while many scientists are open to friends and family, many are unwilling to express it in a more professional setting to peers or students. This trend was illustrated in subsequent explorations of the data. There may be some variation depending on the specific field, but openness is still not where it needs to be in the workplace.

About one in five physicists who identified as gender or sexual minorities reported suffering isolating or exclusionary behavior.

Research presented by sociologist Erin Cech from the University of Michigan, for example, showed that Federal Workers in STEM fields displayed lower openness compared to government workers at large. LGBT+ government workers showed statistically significant negative differences compared to their peers in metrics such as satisfaction with procedures, job satisfaction, access to adequate resources, and support for diversity. A general lack of support was one explanation Cech outlines for the lower visibility of queer scientists.This lack of support is illustrated in other studies as well. The American Physical Society, a group of physicists, showed that in 2016, about one in five physicists who identified as gender or sexual minorities reported suffering isolating or exclusionary behavior by their peers. The heaviest brunt was experienced by the trans or gender non-conforming members of their survey. Many respondents had contemplated leaving their department or workplace, which would only worsen the diversity problems further. 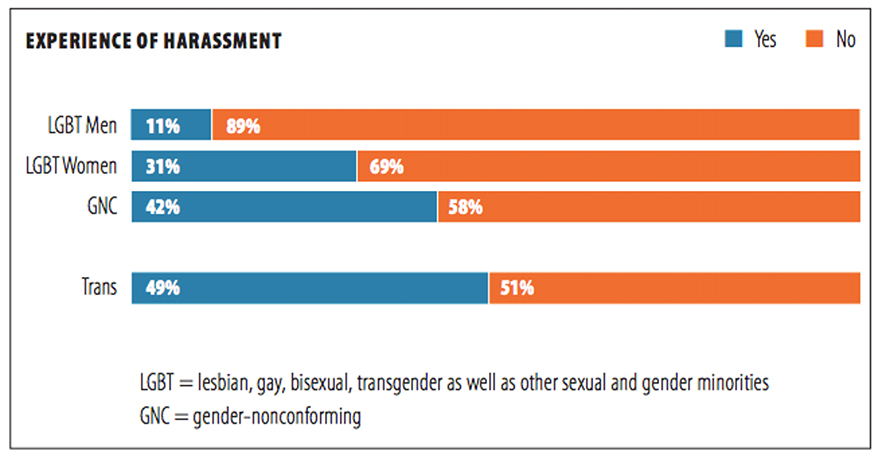 APS
Results of an APS study on LGBT+ researchers.

Support and access to resources is a larger issue in STEM than I suspect in many other pursuits because of the high level of reliance on collaboration and cooperation. Young scientists eager to benefit from the resources associated with collaboration are often willing to sacrifice open identity in exchange for access, which lies with older, generally more conservative, senior researchers. Young researchers are reliant on more established names who can gather more grants or publications.

This hierarchical structure also undercuts all that diverse communities bring to the table: when the mostly white, mostly male senior researchers are the final word, they may not consider the perspectives they aren’t getting. Having a great explanation from a woman or a key insight from a person of color illustrates their role and importance in the conversation in science without the need for exposition. But when is it a good time to discuss my sexuality? Is it when pitching an experiment on bacterial conjugation rates? Protein localization results?

Maybe it’s when we finally decide that science is for everyone; people are more willing to talk to and listen to scientists who understand and serve their needs. Since LGBT+ individuals in STEM are less likely to be out in a professional setting than in other fields, we see fewer lesbian, gay, bisexual, transgender, and queer authorities and researchers in the subjects that are important to our lives. This in turn leads to less participation in STEM by members of our community.

This is a cyclical tragedy, and hopefully future generation of young scientists breaks it by stepping out and being voices representing our community. Until then, we queer scientists need to make our voices heard and make our contributions explicit. That way, maybe when young scientists attend conferences in the future, our presences can inspire theirs.

Andrew Scarpelli currently serves as an assistant professor of science with the undergraduate college at the National Louis University.