On equity, power and responsibility in academic research 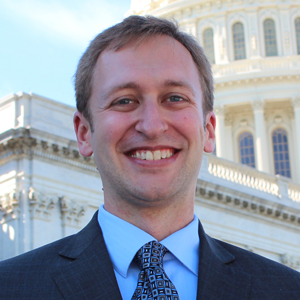 In the wake of the murder of George Floyd, universities have issued statements reaffirming their commitments to improving diversity and inclusion on their campuses and expressing solidarity with the Black community. These statements serve as a reaffirmation of the institution’s values and its commitment to faculty, staff and students.

But do these commitments reflect reality? The glacial pace at which many universities have diversified belies a supposed commitment to valuing the Black community and what it brings to the institution. This is especially true in STEM fields. 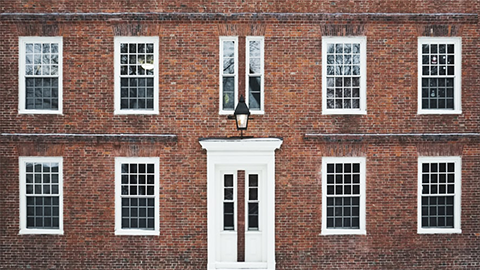 Photo by @supuloo on Unsplash

The American academic research infrastructure was largely established in the 1940s with Vannevar Bush’s Science: The Endless Frontier. This document laid out how universities and the government should work together to expand and accelerate American science. The Endless Frontier is rightly hailed as the launching point for America’s recent global scientific dominance.

But The Endless Frontier was written at the end of World War II, when segregation and Jim Crow laws were brutally enforced across the United States. Thus, the supposed meritocracy of American research was established in a time of blatant systemic racism, where white men were the overwhelming majority of the workforce and Black people were actively barred from universities and academic research.

The notions of what makes quality science and quality scientists were born with The Endless Frontier, and it is clear the academy has not done nearly enough to shake itself loose from the anchors of Jim Crow. In biomedical research, Black scientists are less likely to receive an R01 grant from the National Institutes of Health, and this is often because study sections value the work proposed by Black scientists less than others. Black trainees are less likely to receive grants that would launch them into faculty positions, and universities are less likely to hire those that do win these grants. A lack of Black faculty members is often blamed on a lack of quality Black postdoctoral candidates despite this being demonstrably false.

These problems may have been quantified recently, but the effects of systemic racism in the academy have been evident for decades. So with this backdrop, why should we believe the deaths of George Floyd, Breonna Taylor and Ahmaud Arbery are more of a turning point for the academy than the deaths of Michael Brown, Sandra Bland, Philando Castile, Laquan McDonald, Freddie Gray or Eric Garner? What was lacking in the deaths of Trayvon Martin and Tamir Rice that university solidarity statements did not translate into real change?

Rescuing Biomedical Research has worked for systemic change since its inception. For recent events to be a true turning point, institutions must resist any urge to empanel a committee on how to better diversify their institution. Rather, the power to make change rests in the hands of those sitting on admissions and hiring committees, promotion and tenure boards and federal funding panels. The responsibility to make change lies with those who have faced fewer systemic hurdles along their career path. Making change requires seizing the ever-present opportunity and using your power to fulfill your responsibilities.

Universities, departments and individual faculty have the incredible power to shape their policies to be more intentionally inclusive about who does and does not gain entry to their institution. And it is the white faculty that must do the work to overhaul these policies and systems that were established to advantage their advancement to the detriment of others. Those who are already a part of the academy must act with intention and do the work of changing it from within.

No single action can change the entire system, but the multitude of actions necessary are not mysterious and are often straightforward (for example, see Bhalla 2019). The members of departments and universities can intentionally reformulate hiring, promotion and tenure guidelines to recognize, value and support the of work faculty members beyond acquiring grants and publishing papers. The people in departments and universities that serve on NIH study sections can intentionally choose how to evaluate the breadth of quality science being proposed by all academic scientists.

University statements pledging solidarity with underrepresented communities demonstrate the commitment of universities to the Black community. But whether this commitment is a mirage or has actual substance is up to the people who comprise the institution. From junior faculty to institutional leadership, it is their commitment to change that will determine whether the recent murders of Black people are truly a turning point in diversifying the academy and making it a truly equitable place.

This essay is reprinted from the Rescuing Biomedical Research blog. Read the original here.

Chris Pickett is a porfolio analyst at Lexical Intelligence. He served as director of Rescuing Biomedical Research and founder and executive director of Indivisible Montgomery. He is a former ASBMB policy fellow.