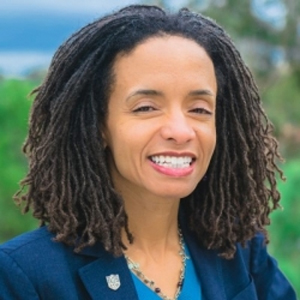 The only widows I knew in college were Black women who had married Black men. I met them in the 1990s: the first at the small, mostly White, liberal arts school where I went to college; the second at the state university where I earned my doctorate. One of the women had returned to college in her 30s as a widow and a single parent. The other married a dentist during our doctoral program, only to see him die a year before she finished. She was left with both a doctorate and a baby girl to raise alone. 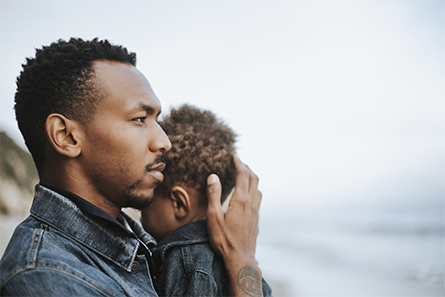 I thought about these women a lot after the Centers for Disease Control and Prevention released a recent report estimating that life expectancy at birth in the U.S. had fallen by one year during just the first half of 2020, the steepest decline since World War II. The weight of this decline was not distributed equally. Life expectancy among non-Hispanic Black males plummeted by three years, the largest drop of any racial or ethnic group studied and roughly four times the decline for White men and women. Life expectancy for non-Hispanic Black women fell by 2.3 years.

For me, those numbers hit painfully close to home.

Last year, before the pandemic, I attended funerals for three Black men in a single month — men who were friends and colleagues, fathers and sons. Both my father and the man who was a second father to me died before the age of 60. In the space of just 12 years, families at my children's former preschool have had to bury four fathers — all Black, all hard-working husbands, and all contributing members of their communities. I can remember being thrilled 14 years ago when one of the caretakers at my daughter's daycare center married for the first time, in her early 40s. She had beaten the odds and married a "good Black man" in middle age. But, there was another set of odds she didn't beat: Her husband was dead months later after suffering a massive heart attack while moving a washing machine.

As an epidemiologist, I know that these are more than just a string of unrelated, individual tragedies. Rather, they are part of a pattern of premature deaths among Black men in the U.S., where even before the pandemic the average life expectancy of Black men was five years shorter than that of White men and roughly a decade shorter than the life expectancies of women overall. For the communities these men leave behind — who must cope with the premature loss of providers, partners, uncles, fathers, coaches, protectors, and role models — the toll is devastating.

A common, but misleading, narrative about the Black family is that it is broken — fractured by wayward and self-destructive Black men who have gone missing, either dead or in prison. This supposed breakdown of the Black family has been blamed for any number of ills, from high school dropout rates to entrenched poverty.

The reality, however, is that while bullets, prison bars, and criminal injustice do pull too many men from the arms of their partners and children, Black men who "follow the rules," hold a steady job, and advance from young adulthood into middle age will still face systemic threats to their health and wellbeing. Many chronic diseases hit Black men harder, younger, and more frequently than they do other groups. Homicide does not even crack the top eight causes of death for Black men in middle-age, but each year, heart disease, cerebrovascular disease, and diabetes collectively shave off nearly one and a half years of life for every 100 Black men under the age of 65 — more than twice their toll on White men.

Last year, before the pandemic, I attended funerals for three Black men in a single month — men who were friends and colleagues, fathers and sons.

I argue, and research supports, that this disparity reflects the experiences of men whose emotional wellbeing, intellectual contributions, and labor are rarely attended to or properly compensated. In fact, some studies have shown that Black men's efforts to overcompensate in the face of prejudice and discrimination are associated with poor cardiovascular disease markers. In 2014, a comprehensive analysis of more than 40 research studies found significant positive associations between perceived racial discrimination and hypertension, with the strongest associations found in studies with the highest percentages of men and Black people. Two large studies, which together followed more than 300,000 U.S. men, have shown that racial differences in socioeconomic status are a major contributor to the disparity in cardiovascular disease mortality between Black and White men. Any national discussion of reparations must consider how centuries of unpaid and underpaid labor have contributed to the early death of Black men — and account for the social security benefits those men would have been owed had they not died before reaching the eligibility age.

It's not that White, Asian, and Latino men don't also sometimes die young. Premature death is an often-preventable, but nevertheless human, condition. Still, the dramatically abbreviated life expectancies of Black men tell a heartbreaking story. They are a stark metric of the collective grief of the parents, spouses, siblings, and children the men leave behind.

Covid-19, which claimed more than half a million lives in the U.S. in just 12 months, has brought grief into the foreground for many Americans. For the loved ones of many Black men, grief — whether real or anticipated — is too rarely in the background. "Hold on to your husband," I whispered to a friend at one of those funerals last year, echoing sentiments Black mothers on my social media feed expressed for the lives of their Black sons, in the wake of the recent shooting of 20-year-old Daunte Wright by police in suburban Minneapolis.

Although there has been an outpouring of outrage and protest over police killings of Black men, mitigating the negative social determinants that contribute to racial health disparities requires deep and sustained investment. These disparities plagued the country well before the pandemic and continue to plague the Covid-19 vaccine rollout and recovery aid distribution. Our leaders have done little, in policy and practice, to uphold the dictum that Black Lives Matter. And they have done little to stem the tide of collective grief borne by those of us who have loved and lost Black men.

How I realized that LGBT+ scientists like me can inspire others in their field
Andrew Scarpelli
Analysis: Mounting pressure on China about coronavirus ‘lab leak’ could backfire
Arthur Allen
Life after one year of COVID-19
ASBMB Today Staff
Finding ‘ikigai’ during a pandemic
Deboleena M. Guharay
From grief to healing in the year of COVID-19
Nivedita Uday Hegdekar
New-ish adventures help me reconnect
Jessica Desamero