The two sides of envy at work

Can organizations harness the green gremlin to boost productivity? 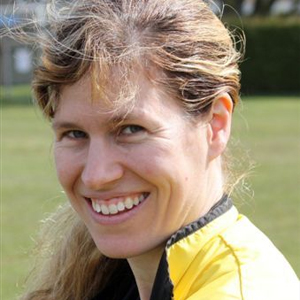 Back when she was in college, Alaina G. Levine used to envy fellow students who seemed to have their entire lives mapped out. A physics and astronomy student at the University of Arizona, her own direction felt unclear — while they, on the other hand, appeared to know precisely what they wanted to do and how to get there. Looking back, she realizes that envy eroded her confidence, undermined her productivity and creativity, and clouded her ability to see where she could take her interests and talents. “It was a huge stumbling block for me,” she says.

Now, more than 20 years later, Levine is a successful professional speaker, career coach and corporate comedian. Ironically, she says, some of the peers she thought had it all figured out early on have since reached out to her for career advice and informal coaching. Envy may have felt like an obstacle at the time, she reflects, but it also pushed her to create a career tailored to her own skills and interests.

Professional envy can have positive and negative repercussions. Workplaces where managers make a point of comparisons — posting leaderboards or naming employees of the month — provide fertile ground for cultivating envy, says Michelle Duffy, who studies organizational behavior at the Carlson School of Management at the University of Minnesota. The green-eyed monster can foster environments where people act dishonestly and undermine, belittle or freeze out their colleagues, or even sabotage their work. Envy at work can damage productivity, creativity, teamwork and cooperation.

But envy can, on the flip side, inspire people to work towards self-improvement and set higher goals. What makes the difference? Research on workplace envy has surged in recent years, as Duffy and colleagues described in a recent article in the Annual Review of Organizational Psychology and Organizational Behavior. Now she and other researchers are studying it in hopes of learning how organizations can manage it and channel its impacts in positive ways.

After all, employees aren’t automatons. “People have emotions, and they bring them to work,” Duffy says.

Envy by any other name…

The ancient Greek philosopher Aristotle defined envy as pain at the good fortune of others. Indeed, envy and physical pain activate some of the same circuitry in the brain, neuroscientists reported in 2009.

That envy can be destructive or constructive has long been discussed in literature and philosophy, and some languages have multiple words for envy that take this into account. In Dutch, for example, the word benijden refers to benign envy, the kind that can serve as a motivational force that propels people to work harder to get what others already have, while afgunst means malicious envy — the idea of reducing the achievement gap by pulling another person down.

But this kind of precise language apparently doesn’t affect how people experience envy, according to research by emotion researcher Niels van de Ven and colleagues at Tilburg University in the Netherlands. They surveyed students at Tilburg about their recollections of events that sparked envy and compared their answers with those from students in the US and Spain, countries where the predominant language has only one word for envy. Regardless of their native language, students exhibited a range of reactions to these recalled envious moments, from feeling inspired or motivated to work harder to wanting to hurt those they envied or hoping that they would fail.

Whether good and bad envy are two separate emotions or just two different manifestations of a single universal emotion is a hot topic among envy researchers. Van de Ven thinks that it’s useful to treat them as separate emotions, but not everyone agrees. “The way I see it, envy is envy,” says psychologist Yochi Cohen-Charash at Baruch College at the City University of New York. It’s just the responses that differ. 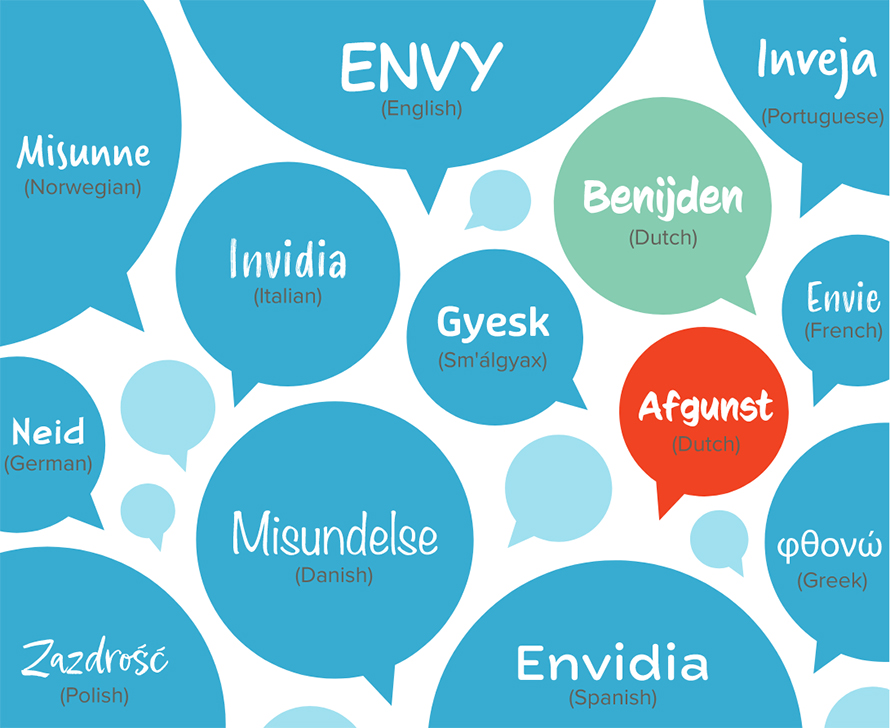 KNOWABLE MAGAZINE
Many languages have just one word for envy, but Dutch has two: benijden, which refers to the benign envy that inspires people to work harder, and afgunst, for the type of malicious envy that motivates people to bring others down.

Duffy has been surveying workers to investigate how those responses play out in the workplace. She and colleagues have found, for example, that professional envy may make some people more likely to lie on their resumes. The team studied 335 unemployed job seekers in the southeastern US who rated, anonymously, how much they envied other applicants and whether they had exaggerated their resumes for their most recent job application. The researchers predicted that people would be more apt to exaggerate credentials when employment opportunities were scarcer. Instead, they found the opposite: Envious individuals were more likely to embellish or fabricate items on their resumes when job opportunities were plentiful.

It’s unclear why, but Duffy and colleagues propose that a lack of job offers despite abundant opportunities may feel like a slap in the face, and resume fraud could be an effort to catch up and avoid humiliation. The patterns seem to differ for other groups, though. The researchers also surveyed graduate students about their internship and post-graduation job searches. Grad students with high levels of envy were more likely to fib on their resumes when applying for the jobs than for internships, suggesting that in this population, envy motivated resume fraud when the stakes were higher, not lower.

Duffy’s work has identified some plus sides of workplace envy, too. “It really can motivate people to do good and get better,” she says. A 2019 study she coauthored with organizational psychologist KiYoung Lee of Yonsei University in South Korea surveyed workers in three competitive work environments in South Korea: a cosmetics company, a bank and an insurance company. The researchers found that envy motivated some employees to seek advice from their envied colleagues. (This was more likely to happen if the envied colleague was a friend.) The envious employees who acted in this way subsequently achieved higher job performance ratings and better sales than those who didn’t seek advice from those they envied, the team found.

“Paradoxically, this performance benefit occurs when enviers attend to and consult with the very source of their pain: the envied target,” Lee and Duffy wrote. 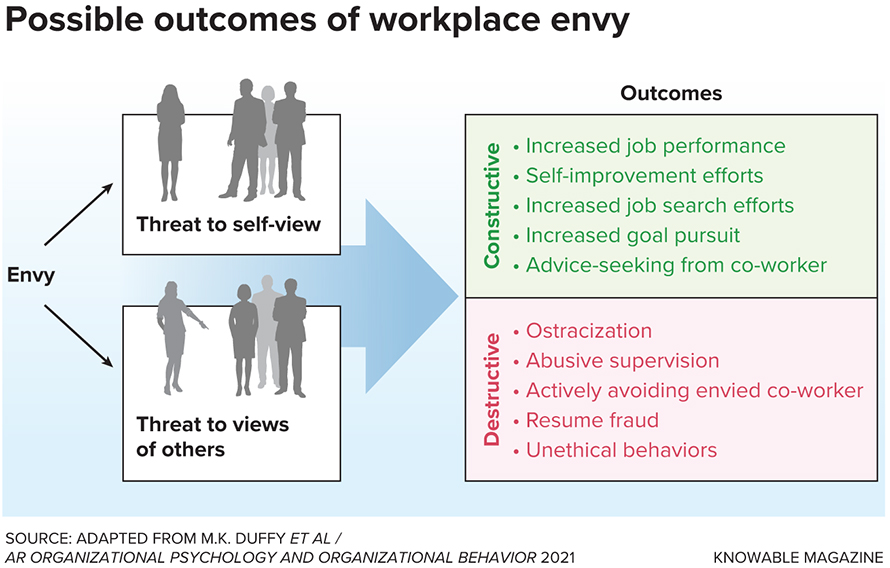 Workplace envy can affect how employees view themselves and their colleagues. Depending on the circumstances, the outcomes can be constructive or destructive for office relationships and productivity.

As her studies of workplace envy have progressed, Duffy has found herself surprised at how common it turns out to be. It’s certainly not limited to peer-peer situations, she says: Supervisors can envy their subordinates, triggering either abusive supervision or self-improvement, depending upon the personalities and the warmth of the relationship. And it doesn’t have to happen face-to-face: Learning of a colleague’s promotion or lauded book on LinkedIn can be enough to set it off.

These kinds of professional sites intrigue social media researcher Sonja Utz at the Leibniz-Institut für Wissensmedien and University of Tübingen, Germany. On Facebook and Instagram, she notes, “everybody is always beautiful, attractive and happy all the time — so that makes you envious.” She has studied whether professional sites might have similar effects. In a 2018 report, she examined how notifications from ResearchGate, a social-media site used by academics, affected those who use it. On that site, users would periodically receive notifications about the researchers they followed, such as: “With 150 new reads, X was the most read author from their institute.” They also received notifications about themselves.

Utz and psychologist Nicole Muscanell, then at Penn State, used questionnaires to assess the emotional reactions of more than 400 academics; participants were instructed to scroll through their ResearchGate notifications and respond to a series of questions assessing their reaction to posts in their news feed about their own achievements or those of others. Not surprisingly, notifications of a colleague’s achievement triggered envy, while notifications of a personal achievement triggered pride. But respondents reported higher motivation levels only after notifications about their own accomplishments — not after learning of the enviable achievements of their peers. The lesson: Academics might be wise to focus mostly on their own accomplishments and goals, Utz says.

A problem for businesses is that some of the skills that employers say they value the most can also fuel the green demon. In her previous career as a business consultant, researcher Amy Breidenthal was often asked, “How can we make people more creative?” But during her research at job sites, it became clear that creativity also can breed envy, with reactions like: “‘I should have thought of that, I could have done that, anyone could have done that,’ when it’s actually not that easy,” she says. So now, as a creativity and social-networks researcher at Agnes Scott College in Decatur, Georgia, Breidenthal has tried to understand the link between the two with the hope of finding ways to foster creativity without generating envy.

In a 2020 study, for example, Breidenthal and colleagues surveyed engineers and team supervisors at a high-tech firm in the city of Ningde in China’s Fujian province. Participants were given a list of their peers and were asked to rate, confidentially, the envy they felt towards each one. Workers also rated the extent to which they perceived that their coworkers were avoiding them.

A strong pattern emerged: Engineers envied peers they considered to be more creative than themselves, and ostracized those they envied. But relationships mattered, too. “When they trusted each other, shared a lot of information and helped each other out a lot, then envy was reduced,” Breidenthal says. Close relationships with bosses, however, had the opposite effect: Creative engineers who were tight with their bosses were more likely to be envied and ostracized by peers. Workplace ostracism, research shows, can lead to tension, emotional exhaustion and depression.

“We don’t want people to stop being creative,” Breidenthal says. Her research suggests that when leaders and coworkers try to have positive relationships with everyone on their team in a collaborative rather than a competitive culture, the negative effects of envy can be reduced.

But just because envy is unpleasant and painful and sometimes causes real harm, that doesn’t mean it’s always bad, Cohen-Charash says. “People will do anything to not admit envy, even to themselves,” she says. In doing so, they lose out on opportunities and information that can take them forward, including in their careers.

That message resonates for Alaina Levine. Reflecting on how her career has evolved, she says she’s come to appreciate the positives of the green-eyed monster. “It can act as a springboard for us to get off of our butts,” she says, “and make the moves that make sense for us.”

Lesley Evans Ogden is a multimedia science journalist based in Vancouver, Canada, who admits that her envy of talented colleagues and friends often propels her forward. 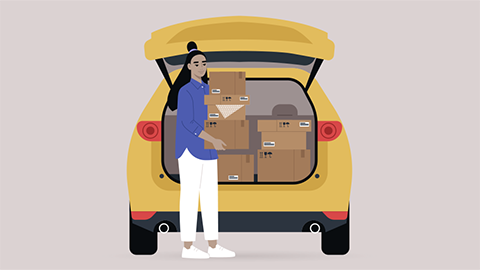 So you're going to grad school

Our careers columnist offers advice relating to housing, getting supplies, budgeting, advocating for your needs and planning.